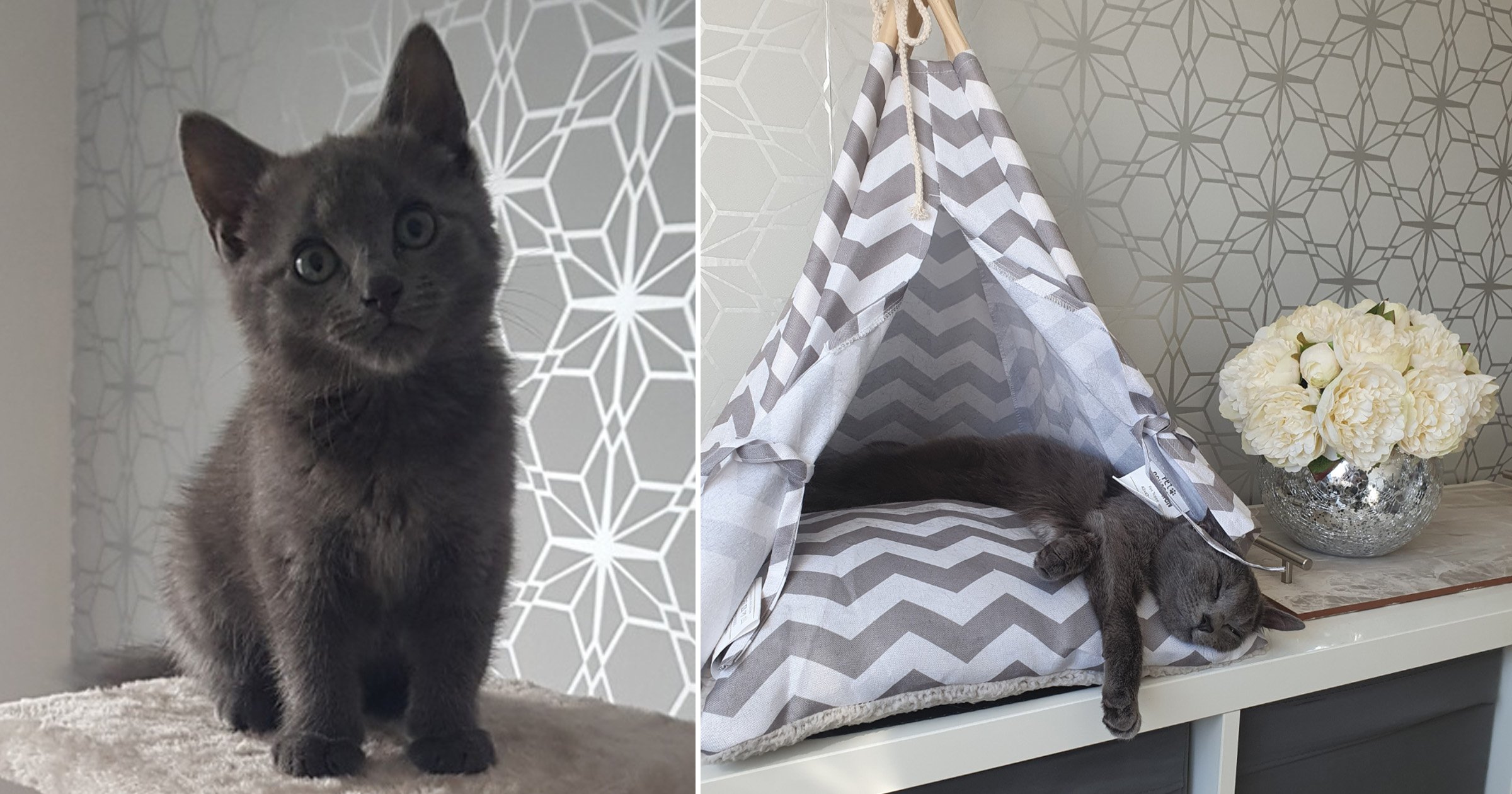 A mischievous kitty not only ate the bride’s wedding flowers, but poisoned herself in the process.

Minnie, a Russian Blue grey cat, had a bite of some tall white lilies that were being arranged, ready for the final touches needed for the big day.

The flowers were a gift for the couple, who had brought them home along with other pre-wedding presents from colleagues.

Left alone for a moment, Minnie ate the lilies as the couple were at the wedding venue to sort out last-minute issues that had arisen – not knowing the bigger issues that would be awaiting them at home.

Worryingly, lilies are highly toxic to cats and even a tiny amount can lead to fatal kidney failure.

But thankfully Minnie’s owners – the bride and groom – were able to spot the orange flower around her mouth and nose once home, meaning they were able to get her help in time.

Going to a Vets Now pet emergency hospital in across town in Manchester, Minnie had started to be sick and urgently needed treatment.

Not wanting to be touched and visibly upset, Minnie needed to be sedated in order for blood tests to be carried out before she was hooked onto a drip.

Vets had the task of flushing out the cat’s kidneys – all with just 36 hours to spare before the couple’s wedding day.

David Owen, the vet helping Minnie, said: ‘I’ve dealt with a lot of pet emergencies but never one that was a wedding emergency as well.

‘There was a risk of acute kidney injury and Minnie certainly didn’t make it easy for us to treat her.

‘But the good news is she pulled through after three nights under close observation and I’m glad to hear the wedding went ahead as planned.’

With Minnie in for treatment around midnight on Thursday and the wedding happening on Saturday afternoon, there was worry about how long she’d take to recover.

David added: ‘Having something like this happen to your pet is just about the worst possible preparation for a wedding, which can be pretty stressful at the best of times.

‘So we did everything we could to look after Minnie and keep her owners up to date.

‘We texted on the Saturday afternoon to say that she was doing fine and would be ready to come home on the Sunday morning and to say we hoped the wedding was going okay.

‘The bride told us later that she burst into tears of relief in front of all the guests as it was a big burden lifted from her shoulders.’

Sadly Minnie didn’t make it the wedding, but she did survive the lilies and was soon reunited with her owners.

Since the wedding, Minnie has thankfully made a full recovery and the fur is growing back where it had to be shaved off to get two fluid lines into her paws.

The bride said: ‘I can’t thank David and his colleagues enough – they were so kind and thoughtful.

‘Knowing that Minnie was in their safe hands meant we could go ahead with the wedding but we were still racked with worry.

‘They say your wedding day is the happiest day of your life… Well, it certainly felt like that when David’s text came through!

‘I could have done without the drama of course – but it’s all ended happily.’