Cash-for-jabs would deliver both a financial and health windfall

The latest spread of coronavirus across Victoria precipitated a rush of people to get vaccinated.

The threat of contracting COVID-19 acted as a huge incentive for people in the state, and other parts of the country, to get a jab. In Queensland alone, the number of people getting vaccinated jumped three-fold on the day Victoria announced its latest shutdown. 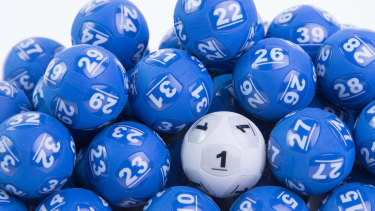 A rolling series of lotteries may be a way to encourage people to get vaccinated.

But there is another incentive that has yet to be tested and may deliver an even larger bang for its buck – a financial inducement.

A survey this month for the Herald/The Age found 14 per cent of people were “not at all likely” and 15 per cent “not very likely” to sign up for vaccines in the next few months, even if they were available. Australia’s Chief Medical Officer, Professor Paul Kelly, signalled this week he was open to any sort of incentive to encourage people to get immunised.

The best financial encouragement may be offering people the chance to win a bucketload of cash if they take one in the arm for the country.

Lotteries have been used through the years and across the world to get health outcomes.

In 1957, Glasgow in Scotland had the highest death rate from pulmonary tuberculosis in the United Kingdom. A campaign was launched with the aim of getting at least 250,000 people to visit a mobile X-ray unit. There was a weekly draw of names from those who had been X-rayed with a financial prize on offer. After five weeks, 715,000 people had been tested.

This month, the US state of Ohio started a vaccination lottery, with stunning results. Offering $US1 million ($1.3 million) in five, rolling lotteries, there’s been a 49 per cent increase in vaccinations among people over the age of 16 since the announcement. Among minorities, vaccination rates are up 36 per cent while there’s been a 65 per cent jump among rural residents.

Ohio not only offers straight cash. For people in their teens, the winner of a lottery will get a full four-year college scholarship (at an Ohio institution).

“Vax-a-Million has not been without critics. Some politicians and elected officials have called it ‘a gimmick’, an ‘insane $5 million bribe’, a ‘misuse of money’ and ‘a waste of taxpayer dollars’. But the real waste – when the vaccine is readily available to anyone who wants it – is not doing enough to save people’s lives,” he said.

The federal government already offers a type of financial incentive for childhood vaccines.

The “no jab, no pay” policy means people are barred from accessing the child care benefit, the child care rebate and the family tax benefit (part A) end-of-year supplement if their child is not vaccinated. It’s a form of financial punishment.

A lottery would act as a financial incentive to get that jab.

A government that says a tax cut would act as an incentive for Australians to work harder already argues the importance of financial incentives when it comes to employment. A large incentive to get a vaccine surely makes sense.

Over a series of lotteries, starting with one for those who have already had the jab, states or Canberra could offer substantial cash prizes to those who line up to get the vaccine. Throw in an electric vehicle, a free university education for those over 18 or perhaps offer a few years without paying personal income tax.

Economic research has found that small incentives simply won’t do. The more interesting or large the prize, the bigger the incentive. Watch the crowds assemble to get a jab.

You could offer a separate lottery in each state and territory, greatly increasing the odds of a person picking up the prize. And run the lottery every week or two, continuing the incentive.

The federal government has thrown hundreds of billions of dollars at propping up the economy through the pandemic. States have offered incentives for people to go to their local restaurants or tourist destinations to support local employment.

In almost all cases, the idea is to use cash as a form of financial incentive.

Winning $100,000 or $1 million by getting vaccinated would deliver both a financial and health windfall to the country.