Carole Radziwill slams Colton Underwood for going on ‘The Bachelor’

‘Bachelor’ producers ‘inspired’ by Colton Underwood coming out as gay

Carole Radziwill went after former “Bachelor” Colton Underwood for going on a dating show to find a wife if he thought he might be gay.

The “RHONY” alum took to Twitter Wednesday to congratulate “The Bachelor” star for coming out as gay on “Good Morning America,” but soon found herself in hot water over her opinions.

“Congrats to Colton Underwood but also What??” the 57-year-old wrote. “You apply & compete with other men to go on a TV show looking for love & you think you might be gay? What about processing that without involving TV crews and 25 girls. It’s a great day for gay men, bad day for young women. #Bachelor.”

In a separate tweet, she pondered whether ABC executives should be “vetting their contestants better.”

Radziwell was immediately roasted for her hot take on the matter with one user, ironically a casting director, responding, “I work in casting for reality television as a producer. It is not my job to ‘out’ people or vet their sexuality. GTFO. You’re usually so on point, but this is so yucky.”

“…what the f–k is this take??” another person wrote. “How are they supposed to vet someone who is in the closet?”

“What a bad, s–tty take,” someone quipped.

One fan attempted to explain that lots of women have dated or liked a guy who has later come out as gay and it “doesn’t reflect poorly on anyone involved.”

Radziwell replied, “Of course, I did too, I’m sure. But on national tv in a reality show game? Hits differently.”

Responding to another fan, Radziwell said, “Aww, thanks. My heart is open but in all directions not just to that of the struggling man. He chose to go on a reality game show, the women and their journey should be part of this convo. I get it, its a show. #patriarchylives.”

In the ultimate diss, one fan compared her to her former friend-turned-enemy Bethenny Frankel, saying, “Your original tweet was big Bethenny energy. You are too chic and erudite to have meant it, so I am going to pretend you did not.” 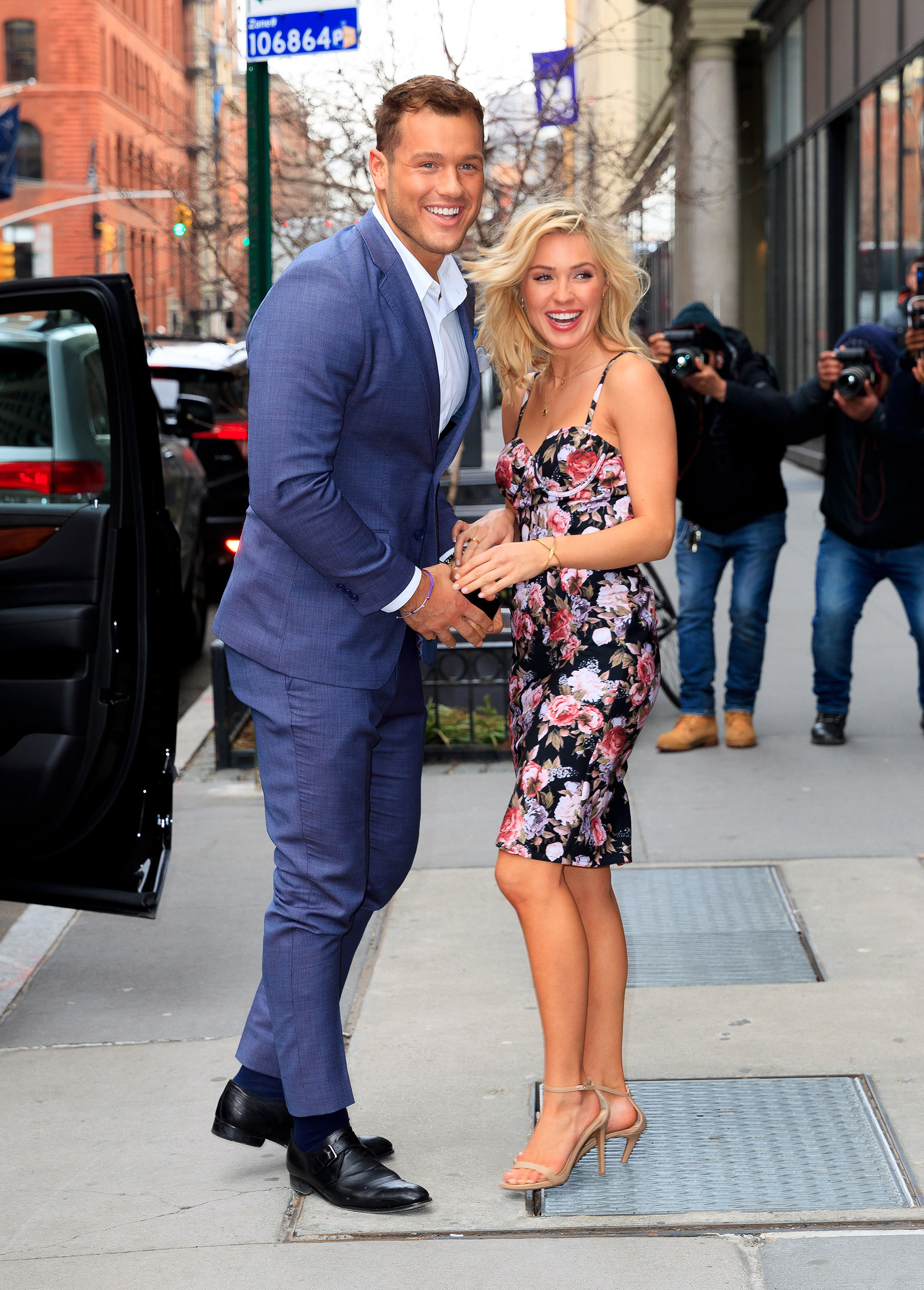 Underwood, a former NFL player, starred on Season 23 (2019) of the ABC reality series. He also competed during Becca Kufrin’s season of “The Bachelorette” in 2018.

During his “GMA” interview, Underwood said he regretted being on “The Bachelor” as he was struggling with his sexuality and apologized to the women he hurt — specifically ex Cassie Randolph — in his interview.

“Do I regret being ‘The Bachelor’? Do I regret handling it the way that I did? I do. I do think I could’ve handled it better,” he admitted to Roberts. “I just wish I wouldn’t have dragged people into the mess of figuring out who I was.”

He added, “I can sit here and say I’m sorry to all of those women, and I can also say thank you because without them and without the ‘Bachelor’ franchise, I don’t know if this would’ve come out.” 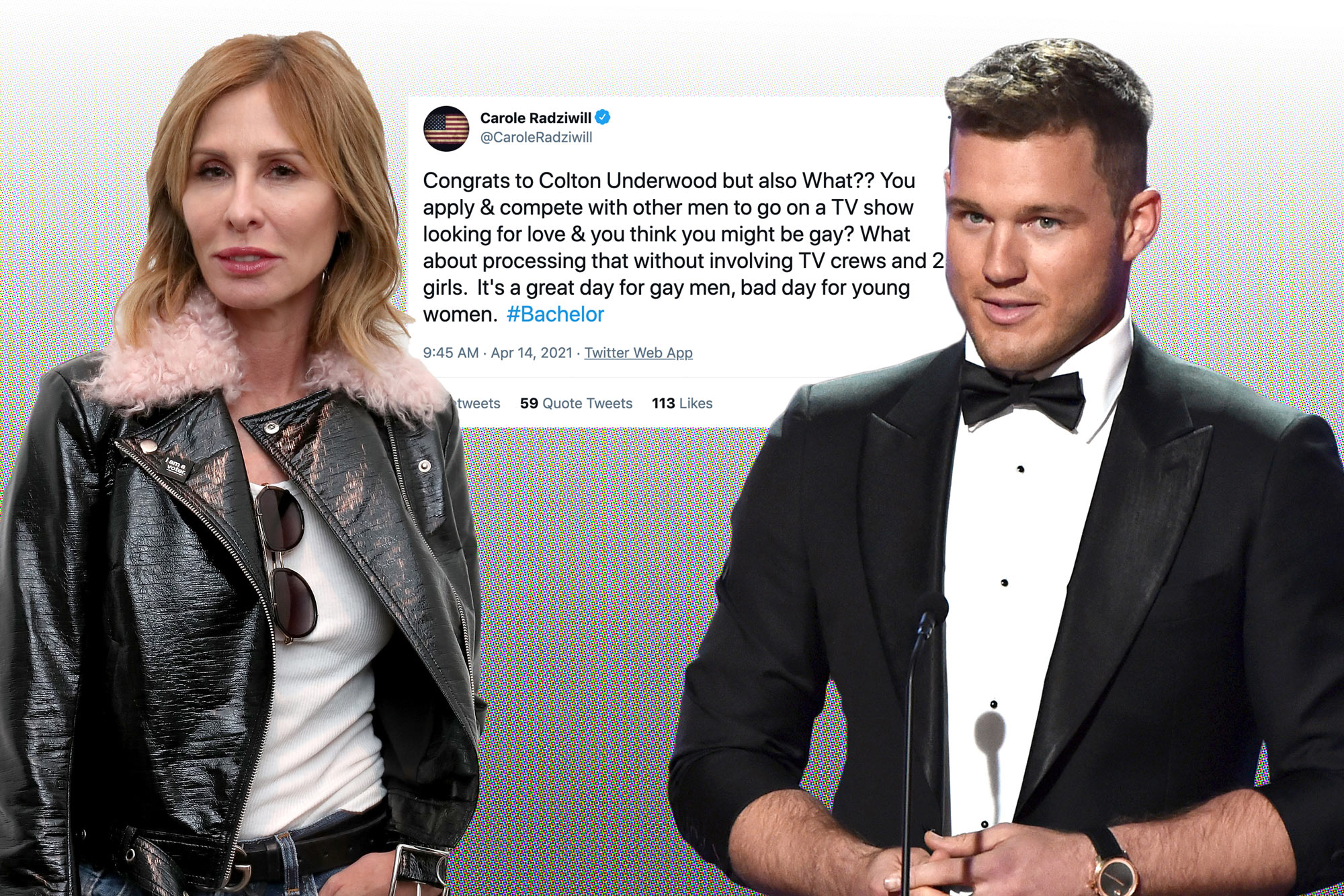 For their part, the “Bachelor” producers released a statement on Wednesday that they are “so inspired by Colton Underwood’s courage to embrace and pursue his authentic self. As firm believers in the power of love, we celebrate Colton’s journey in the LGBTQIA+ community every step of the way.”