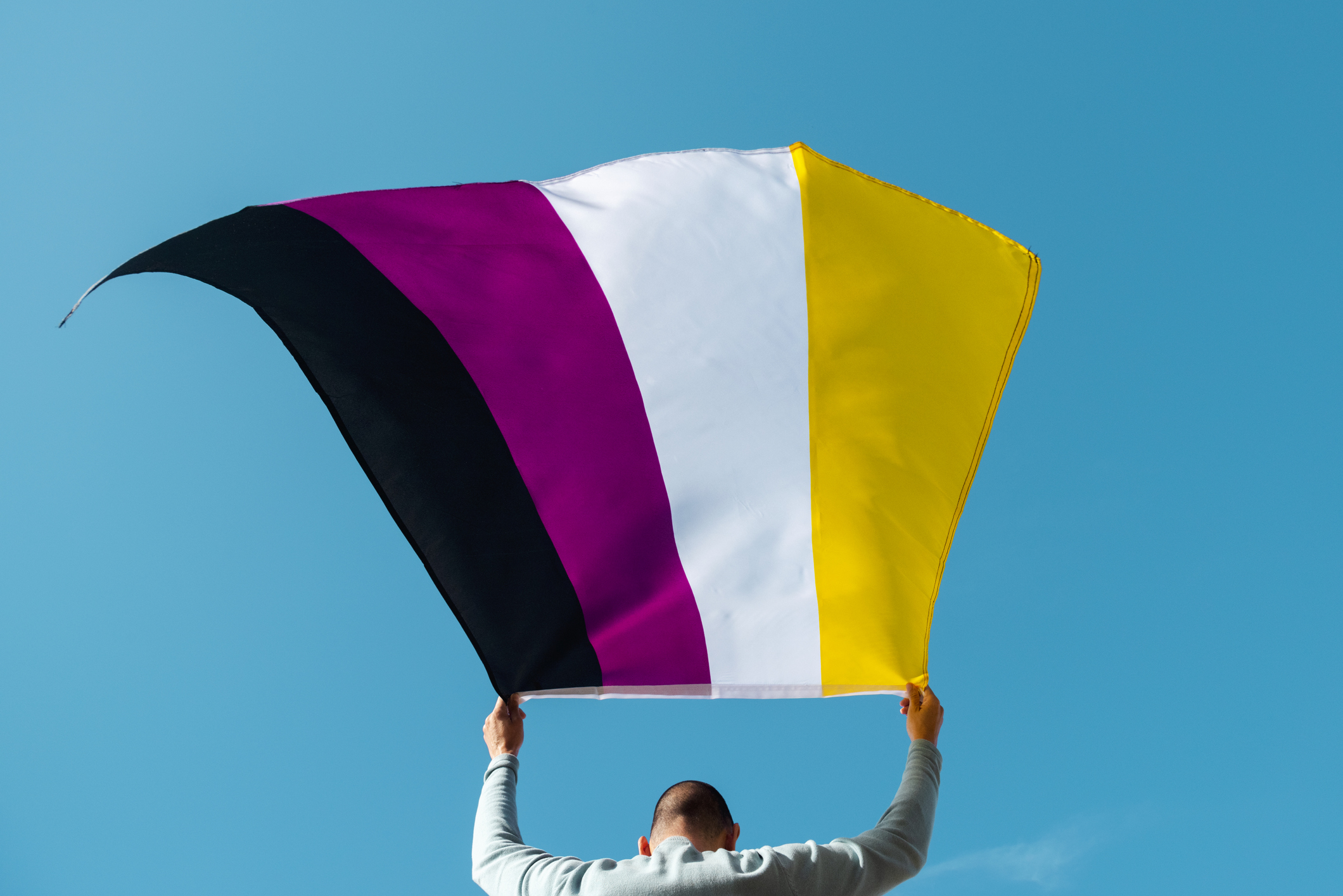 Just one day after I started a petition asking Argos to add the gender-neutral title Mx to their forms – which has since gained over 10,000 signatures – the brand committed publicly on Twitter to adding the title.

This felt like a massive win, and proof that my campaigning for non-binary inclusivity is working.

Argos were actually the brand who inadvertently started my campaign, Include Mx, which made the moment particularly special. The campaign celebrates brands that include the gender-neutral title Mx, and encourages those that don’t, to add the title.

I did this because, back in the fairly early days of the pandemic – when we all started relying more heavily on online delivery of household items – I had to buy some bits from Argos. But their form only had ‘Mr’, ‘Mrs’, ‘Miss’, ‘Ms’ and ‘Dr’, and it required you to select a title.

It’s never a nice experience being forced into misgendering yourself – I knew this more than most.

I realised I was non-binary in 2017, at the tail end of my quarter life crisis. I’d had upheaval in my professional and personal life, moved house twice and broke my phone for good measure.

It was during a period of unemployment and starting therapy that helped me reflect on my own identity and led to an epiphany in around March that year where I realised I was non-binary. I remember that time as an intense moment of clarity.

It’s allowed me to look back on my life and make sense of myself. It helped guide me towards being more ‘me’ and a lot less confused about my LGBTQ+ identity.

A few weeks later, a friend asked me what my pronouns were, and it was then that I knew I used ‘they/them’ – no one had asked me before that.

I had another big life event in 2017 – I ran for parliament for the first time. I wasn’t ready to be an ‘out’ non-binary person then, but I was when I ran in the 2019 general election.

When I publicly came out that same year, the reaction from friends and family was great.

Friends often immediately understood what I was saying and accepted me for me. But for some others, it did (and still does) take some explaining.

Professionally, I was nervous to add my pronouns to my email signature when I was working in corporate communications, because my employer at the time didn’t have pronouns as default.

However, in my current role where I work as a journalist, the company rolled out pronouns in email signatures as default as soon as they hired me, after I had ‘come out’ during the interview process.

In fact, I had my pronouns on my CV, and their reaction couldn’t have been better. They wanted a pronoun policy to be in place before I arrived, which was very reassuring.

I went on to campaign for trans rights as a candidate for the deputy leadership of the Green Party of England and Wales in the summer of 2020. That was a fairly bruising experience because of personally receiving transphobic abuse from both in and outside of the party.

That was when I started the Include Mx campaign. I knew that one small act of validation from corporations – when they include Mx – meant a lot to non-binary people like me. It may seem like a very small thing, but for us, it can be massive and can reduce barriers to non-binary people accessing crucial services.

I knew that I could use my campaigns, communications, media relations and social media experience to start and run an effective, small campaign, and that brands often require only a small amount of pressure to make changes.

I decided very early on to focus very narrowly on getting Mx added as a title, rather than wider issues like removing the title field, and things like sex and gender questions on forms.

This was because I didn’t want to have to explain everything about Mx, non-binary people, sex, gender, form formats, and the campaign every time I introduced it to someone.

Some major brands – such as Hunter boots – added Mx when I privately asked them via customer service routes before I started the campaign.

After speaking with a friendly social media expert, they recommended I create an Instagram, which I did, and it gained a lot of traction.

I posted a combination of forms with or without Mx on them, tagging the companies responsible, sharing basic information about the title, such as when dictionaries started including the definition, and quotes from people who use the title explaining what it means to them when they see companies including it on their forms.

The initial reaction to Include Mx was fantastic – lots of fellow non-binary and trans people – as well as LGBTQ+ allies – all got behind the campaign and helped me spread the word. They shared Include Mx content, and in particular, tagged brands I was trying to engage with. This regularly gets responses from the brands, which can be embarrassing for them if they aren’t responding appropriately.

I even had major brands like NHS England, the National Trust and M&S sending me statements of support, explaining why they think it’s important to be inclusive towards non-binary people and to include Mx.

It was fantastic to be able to reach out to brands which didn’t include Mx like River Island and Wilko, see them add the title, and go on to explain their commitment to inclusivity.

Some brands didn’t react so well. Some either ignored me and others calling for them to add Mx, or said that the feedback would be passed on, never to be heard from again.

That was the case with Argos – the brand coincidentally responsible for me starting the campaign in the first place.

And it was their adoption of the trans-inclusive Pride flag as part of their logo during Pride month (June) this year that led me to start a petition calling on them to add Mx.

When Argos publicly committed to adding Mx to their online order forms, I felt a huge sense of achievement and validation.

This is a fantastic result, but the form still hasn’t been updated a week after they made their promise on social media, so I will be continuing the campaign until they do add the title.

Once Argos have added Mx, I’ll be looking for other major brands that are dragging their feet and excluding non-binary people from their services.

Education and understanding about non-binary people is expanding every day, so there’s no excuse not to include Mx to your forms.

This year marks 50 years of Pride, so it seems only fitting that Metro.co.uk goes above and beyond in our ongoing LGBTQ+ support, through a wealth of content that not only celebrates all things Pride, but also share stories, take time to reflect and raises awareness for the community this Pride Month.

And we’ve got some great names on board to help us, too. From a list of famous guest editors taking over the site for a week that includes Rob Rinder, Nicola Adams, Peter Tatchell, Kimberly Hart-Simpson, John Whaite, Anna Richardson and Dr Ranj, as well as the likes of Sir Ian McKellen and Drag Race stars The Vivienne, Lawrence Chaney and Tia Kofi offering their insights.

During Pride Month, which runs from 1 – 30 June, Metro.co.uk will also be supporting Kyiv Pride, a Ukrainian charity forced to work harder than ever to protect the rights of the LGBTQ+ community during times of conflict, and youth homelessness charity AKT. To find out more about their work, and what you can do to support them, click here.