Brandee Evans Talks Caring For Her Mom While Shooting P-Valley: I Would Come Home At 4 In The Morning And Change Diapers

Life has changed drastically for P-Valley star Brandee Evans over the past year. Of course, there’s the paycheck and the heightened profile that comes with being the lead actress of a hit TV show. But for Evans, the most important impact becoming an actress has had on her life is allowing her to take better care of her mother.

“The show has afforded me an opportunity to be able to do more for her as her caregiver, which is a complete blessing,” Evans tells ESSENCE. “Truly, my biggest thing is to be able to care of my mom and just live my dreams. I’m really doing what I want to do with my life and I’m so thankful to Katori Hall and Starz.” 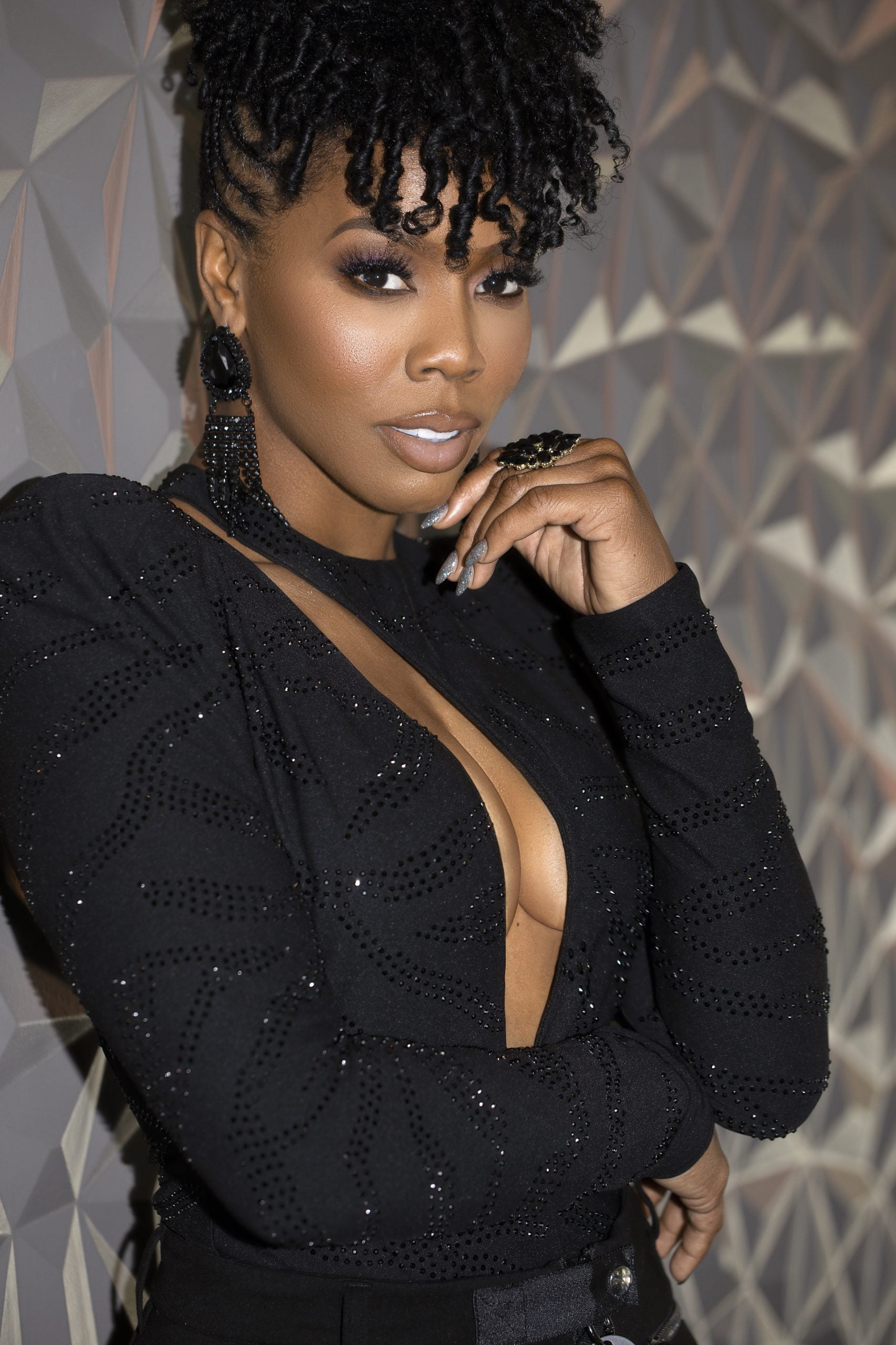 Evans’ mother, Diana Harrington, was diagnosed with multiple sclerosis nearly 20 years ago, and more recently, Alzheimer’s disease. Up until this year, the trained dancer and actress was her sole caregiver.

“We might wrap at 2:00, 3:00, maybe even 4:00 in the morning and I would come home and then be changing diapers or feeding mama and trying to figure it out.” Evans says she would only get a couple of hours of sleep before she’d have to be back on set, oftentimes watching her mother through a live camera between takes to make sure she was okay. “It was very, very hard,” the Memphis native adds. “But I just tell myself, seriously, God doesn’t put more on you [than you can handle]. And if I could do that last season, what can I do this season with more help?”

It was knowing that another season of the series Hall created would mean she could take better care of her mother that excited Evans most about the show’s renewal and reprising the role of Mercedes. 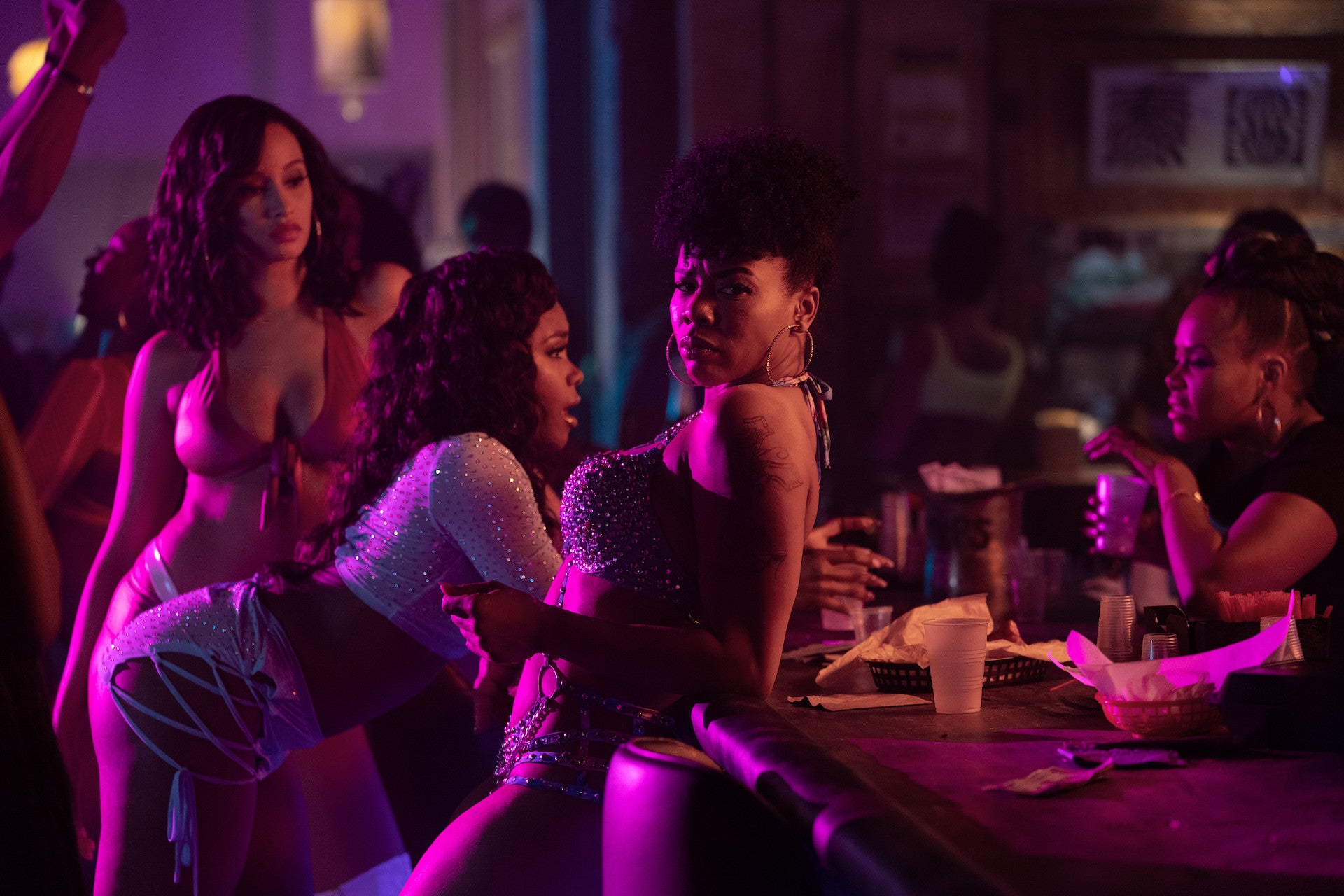 “I’m very excited that Season 2 is going to be a less stressful working environment for me. I’ve been afforded the opportunity to be able to leave my mom in Los Angeles with two amazing caregivers this season,” she shares.

And like her character, who often battles with her mother over each other’s choices, Evans said there was a time she and her mother had a tough time seeing eye to eye. Over time, though, they’ve been able to develop a better relationship, and that healing was a crucial part of Evans’ becoming her mom’s caregiver.

“I truly believe in what the Bible says about honoring your parents. You only get one mom,” she states. Even with P-Valley, I had a toxic relationship with my mom growing up, but that forgiveness for us has come. I forgave her. She’s forgiven me. So I’m sitting in the gratitude of being able to have her with me, in whatever capacity she’s in, in this space.”

Evans has seen hard times before. In an interview with MadameNoire last year, the former high school teacher talked about losing her job as a dance coach within the same timespan her then-husband was deployed and she had a stillbirth at 39 weeks. The tragedies prompted Evans to book a trip to LA to take dance classes, which would eventually lead her to working as a professional dancer for the likes of Lil Wayne and other major artists. It was also how she stumbled upon Tasha Smith’s acting class which immediately hooked her on the craft.

Evans didn’t leave until Smith ended the night. She signed up for her next class and the rest was history. “Tasha definitely was the beginning of my acting career and made me fall in love with it,” Evans says, though she admits at the time she didn’t see the light coming at the end of the tunnel.

“I continued to keep faith only because I didn’t give up, but I didn’t know what was coming. And I guess we never do. I was in a dark space. My daughter had passed away. After my husband got deployed, he ran off. But I know that there are also so many other women. I know that other women have dealt with stillbirths. Women have dealt with their husbands leaving the home for mistresses, and things of that sort. So I honestly do what Meryl Streep says. I take my broken heart and I make art now. So that’s where I am. And I’m using that.”

Evans also believes those experiences were preparing her for what’s already transpired and what will come down the road as her star continues to rise. “I see why God put me through all of that. I had to be strong enough to care for my mom and things of that sort. I didn’t even have groceries in the refrigerator. Robbie Reed had just sent me money to get groceries when I got P-Valley so I had enough food for mama to eat through my friends and my village. I’m just very grateful.”

Check out our full interview with Brandee Evans in the video above.