The clock is ticking! Seven weeks after welcoming their daughter, Bode Miller and Morgan Beck have yet to choose a name for the little one.

“When you give birth at home, you don’t have to name the baby right away,” Savannah Guthrie joked on Wednesday, January 12, while speaking to the skier, 44, and the professional volleyball player, 34. “When you give birth in the hospital, you have to fill out the birth certificate or they won’t let you leave.”

The New Hampshire native told Guthrie, 50, that it was “hard” to pick a moniker as they tried to “get used to” the baby girl’s personality.

Bode Miller and More Celebrity Parents With the Biggest Broods

“She’s stumped us on names so far,” Miller explained during the Today show appearance. “We have a lot that we like, but she hasn’t smiled or high-fived or anything when we say them to her, and we say them to her all the time.” 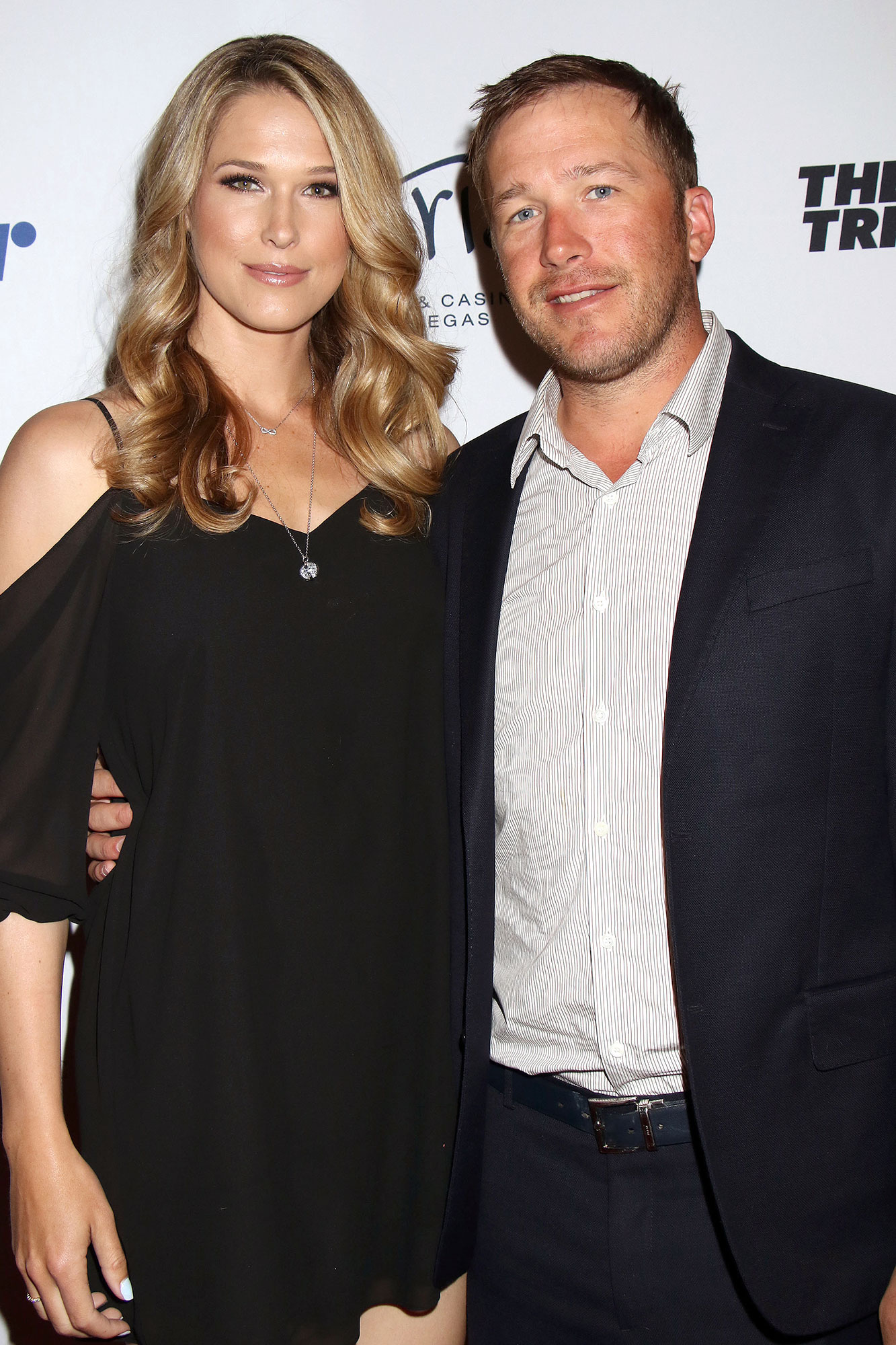 Beck, who shares Edward, 7, Easton, 3, and twins Asher and Aksel, 2, with her husband, shared their “front-runners,” saying, “[They] are Skyler, Scarlett, calling her Lettie, or Olivia, calling her Liv. All kind of have a special meaning to it. So we may have to reach out to our social media followers and ask for some assistance because she has not really been giving us many answers.”

Although Miller is a “huge fan of Liv,” he quipped, “It’s a little bit frustrating that it’s one of the most popular names this year because most of the names of our children aren’t terribly popular. But we’re not going to let that stand in the way, obviously.”

The Olympian is also the father of sons Neesyn, 13, and Samuel, 8, from previous relationships. He and Beck also welcomed their late daughter, Emeline, in November 2016. The toddler tragically died in June 2018.

Meghan McCain and More Celebs Teaching Their Babies to Swim

“Emmy was such a great balance because she was such a powerhouse and then when she passed, it was shocking because you really felt this energetic shift in the house,” Miller said on Wednesday. “Obviously we were all suffering and everything, too, but there was this gap there for all the boys. And now they have this little girl. It just makes them gentle. You’d be blown away.”

He and the California native’s youngest child arrived in December 2021. They have been calling her “Ocho,” the Spanish word for eight, for the time being since she is Miller’s eighth little one.