2020 wasn’t going to end without more new music from Billie Eilish, and in her new video for her sexy new bop, ‘Therefore I Am,’ she lives out every teen dream by taking over an empty shopping mall.

Christmas came six weeks early for Billie Eilish’s fans. The 18-year-old superstar continued to tease her potential follow-up to her groundbreaking debut by releasing her third single in 2020. “Therefore I Am,” released on Thursday (Nov. 12), is another gem capturing Billie and brother FINNEAS’s signature sound.  Against a beat that radiates heat and darkness, Billie sings the lyrics in her signature sultry and foreboding delivery. “So go have fun / I really couldn’t care less / And you can give her my best, but just know / I’m not your friend or anything / Damn, you think that you’re the man / I think, therefore, I am.”

The accompanying video started off with Billie alone in a mall. As the beat kicks in, Billie lives out every teen’s dream, frolicking around the stores. She steals a pretzel – because, duh, why wouldn’t she? – before heading down to the lower level. After snatching up a donut, Billie continues her spree throughout the shopping center. Throughout the visual, Billie seems like she’s having a blast – especially as she snatches a bag of Chipotle chips, fries from a hot dog place, and a soda. It’s only until an off-screen security guard tells her to scram.

“You know, this song is very, very up for interpretation. I’m very curious to see what people get from it and also what they feel when they hear it. I don’t know. But yeah, it’s a little mean. I love it,” Billie said in an interview with Zane Lowe on Apple Music. “It was very fun to complete. It was fun to record, especially because it’s like … I feel like you can hear it. I feel that I sound very much like … I’m just f-king around. I’m just joking and … You know that? Like, stop. What the hell are you talking about? It’s like, come on. It’s so real. I feel like a natural, and don’t take me seriously, you know? I love it.

“It feels like me. I feel like the rest of them also feel like me, but I think this one is more like,” she added. “If I think about it from an outside perspective, this one I’d be satisfied if I was a fan.”

“I’M SO EXCITED FOR THIS ONE,” Billie said when announcing the single on Monday (Nov. 9). She shared what appeared to be the cover art. Finneas, 23, shared the artwork to his Instagram Story, adding, “Not to toot our own horn but this song is f-cking sick.” The imagery in question features a shattered ancient Greek bust, lending to the vibe that this is was a philosophy-driven track. Although, it probably was (or should have been) the bust of French philosopher René Descartes, the thinker who came up with the saying, “I think, therefore I am.

This year, Billie previously released her theme to the now-delayed-to-2021 James Bond film, No Time To Die, as well as “my future.” At the start of 2020, right before the COVID-19 pandemic threw everyone’s plans into chaos, Billie said she was going to spend this year working on her follow-up to her debut album, the hugely successful When We Fall Asleep, Where Do We Go? While on the red carpet for iHeartRadio’s ALTer EGO concert in January, Billie was asked if her sophomore studio album would be released in 2020. “This year, no, but I will be making it this year,” she said, per Billboard. “But next few years? It’s coming. When it’s made. It’s not made yet.” 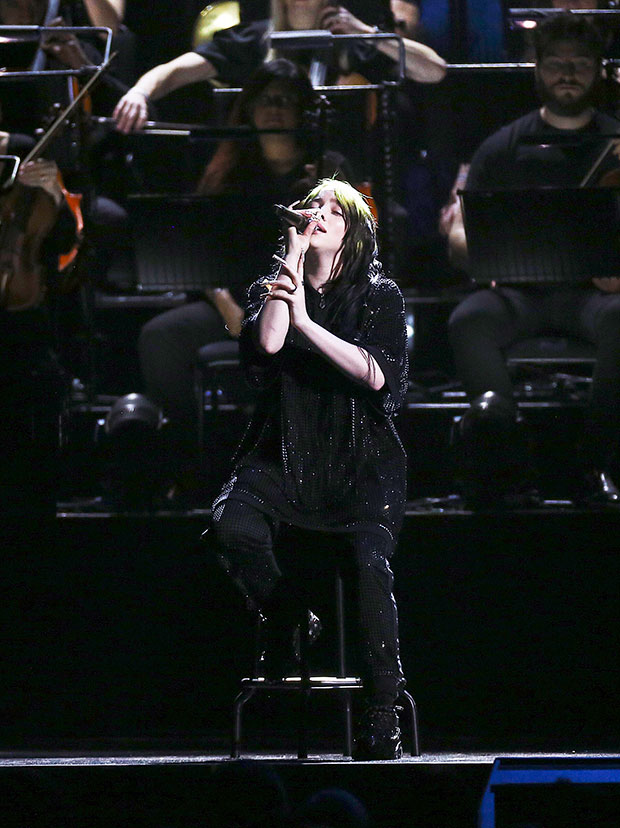 “We’ve started working on the new album, and I think the best thing we can do is stay out of our own way,” FINNEAS (aka Finneas O’Connell) told Vulture in March when discussing Billie’s new music. “The first album was pretty pure in its intention. We didn’t set out to write a darling album. Our only target was to make an album that we liked, to play live. I think that’s all we’re gonna do for the second. All the other things are side effects. You can’t aim for those.”

It has been a roller coaster of a 2020 for Billie. At the 62nd Grammy Awards, she became the first artist since Christopher Cross in 1981 to win Record of the Year, Album of the Year, Song of the Year, and Best New Artist. She performed the In Memoriam segment at the 2020 Academy Awards, performed “No Time To Die” at the Brit Awards, and helped people shoulder the first few months of the pandemic by appearing on a handful of virtual concerts. In October, photos of Billie in a tank top and shorts went viral. The “Bad Guy” singer is rarely seen in anything but baggy clothing, due to past body-shaming trauma. In response to the fascination over her figure, Billie shared a video from influencer Chizi Duru, one that begged people to “start normalizing real bodies.” 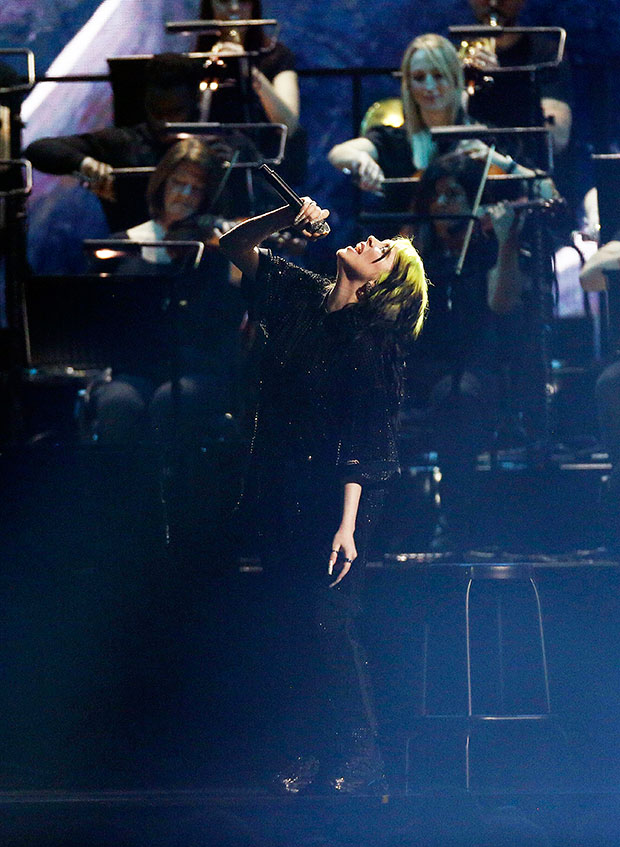 She was able to laugh this speculation off when her shoes also went viral. Some fans thought her kicks were pink and while, while Billie said they were mint green. “SO, we all know that I’m right here, even if you see something else, you know that I’m right, underneath it all,” Billie said on her IG story. “And real quick, before you keep arguing, or whatever the F-CK – the entire Internet’s been calling me fat for a week. So let me have this. Let me have this.”