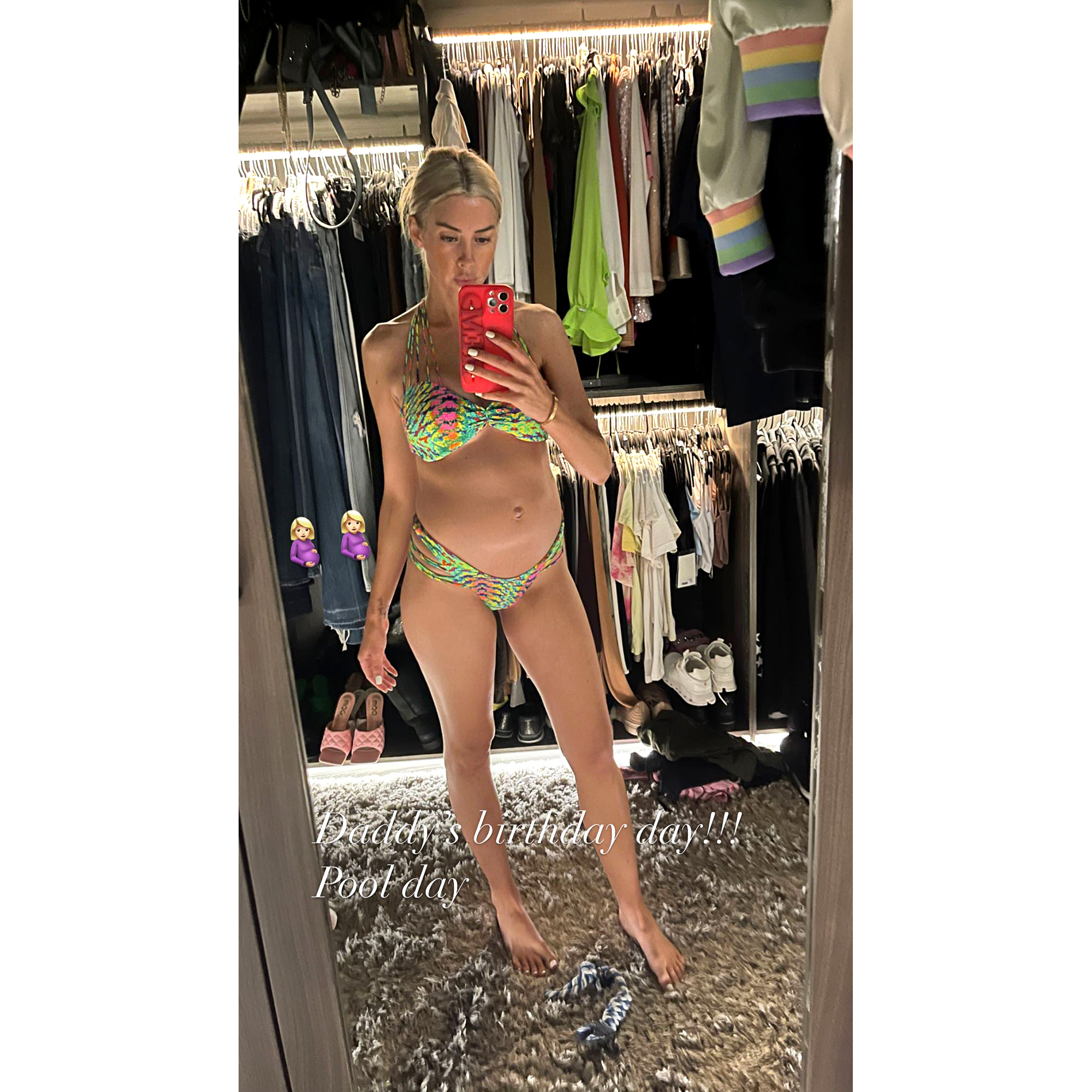 The pregnant TV personality, who announced earlier this year she’s expecting her first child, and the 41-year-old Flip or Flop alum toasted his birthday with their growing family.

“Happy birthday to the man who forever has my heart my true soulmate ❤️ To the best daddy, my best friend the most hardworking and dedicated man I know, the most loving and kind person, the most generous friend, and the best partner I could ever ask for,” Heather gushed via Instagram. “Words can’t begin to describe how lucky I feel to have you as my person and as the father to our baby boy & to Tay & Bray. You’ve shown me what pure happiness is.”

She continued: “I love this life that we’ve built together and there’s truly no one I’d rather grow old with than you. You deserve to feel special every day but I hope today you feel it a little extra 🥰 Happy birthday baby, I love you ❤️❤️❤️.”

During the couple’s Sunday festivities, Tarek was showered with presents — including a pair of onesies for the new little one. Heather snapped a pic of her man holding up a gray outfit with “TEM,” to represent her spouse’s initials and another that read “Baby Griswold.”

The former Playboy model and the HGTV personality — who wed in October 2021 — announced in July that they are expecting their first child together, Tarek’s third. The Flipping 101 star, for his part, coparents daughter Taylor, 11, and son Brayden, 7, with ex-wife Christina Hall (née Haack).

Heather, who is due early next year, later found out that she’s having a baby boy.

She added at the time: “Taylor was crying, I think more than I was. I wasn’t jumping, I was hopping. I was 100 percent convinced we were having a girl. I was mentally prepared. When I saw the blue come out of that cannon I was like, ‘No way!’”

Listen to Us Weekly’s Hot Hollywood as each week the editors of Us break down the hottest entertainment news stories!