THE price of a pint has fizzed up 10p in the last year.

The average beer across the country now costs £3.79, according to the makers of the Good Pub Guide. 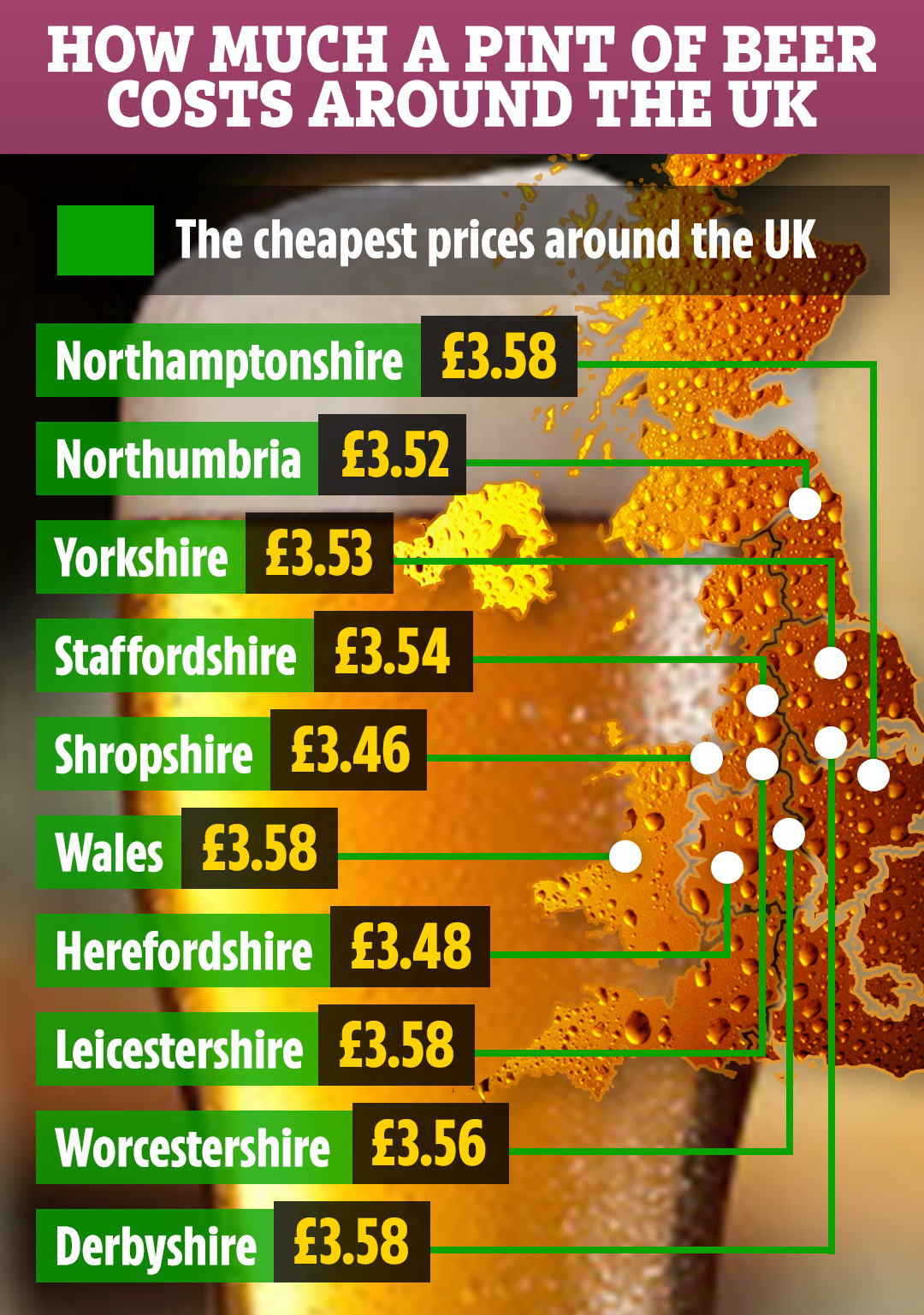 But drinkers in London have to pay a third more for their ale than those in Shropshire.

In that county you can enjoy the cheapest pint in Britain at just £3.46.

In the capital a glass of the foamy brew will set you back a staggering £4.57, up from an average of £4.44 last year.

London is followed by Surrey, where a pint at the pub will set you back £4.06 on average. 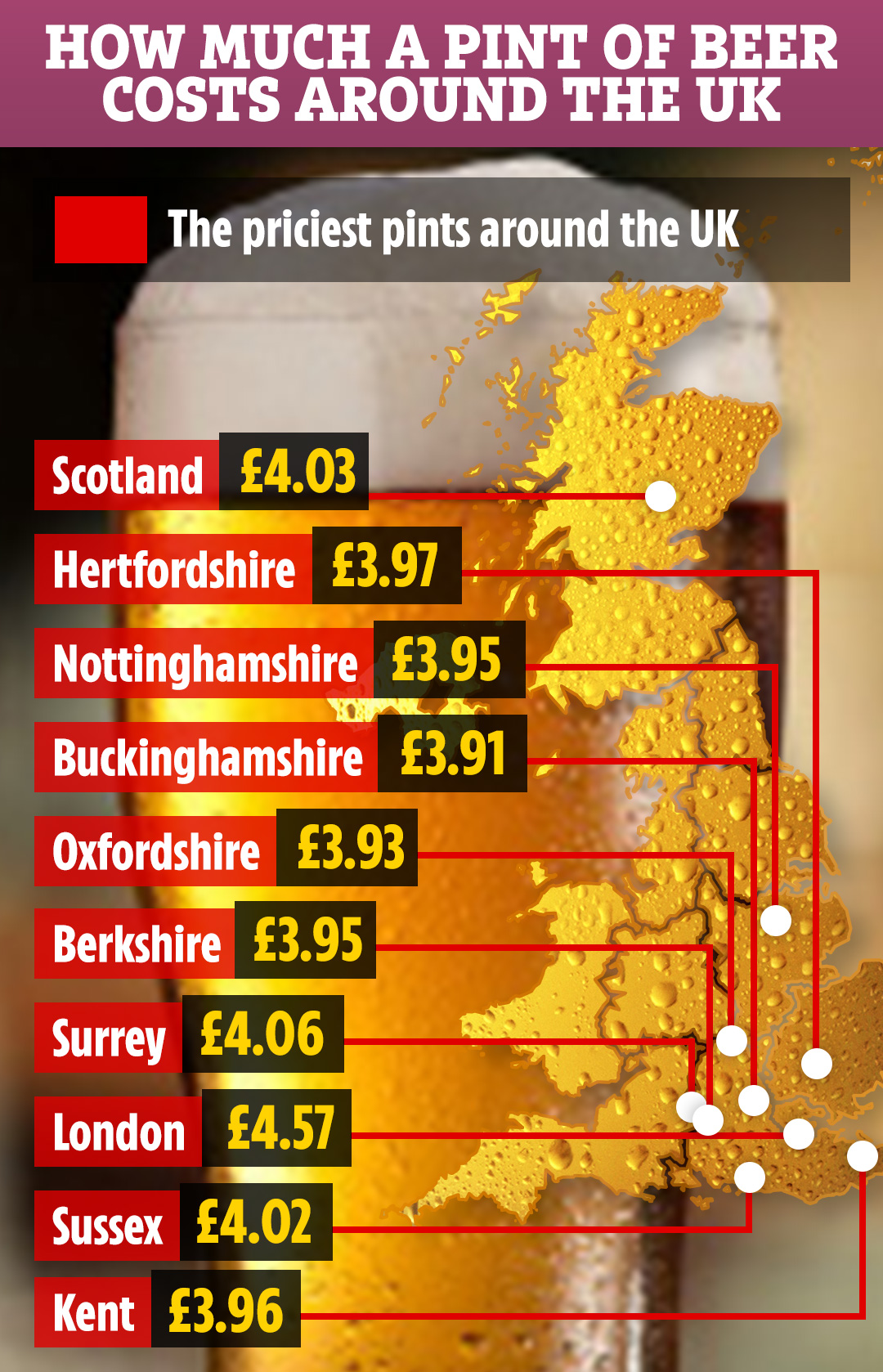 The Guide’s Pub of the Year is the Inn at Whitewell in Clitheroe, Lancashire, which traces its history back to the 1300s when it was a small manor house.

It became an inn in the 1700s and now aims "to offer a relaxed and friendly service, avoiding too much frippery, devoid of snobbery".

"Every aspect of this lovely pub is truly first class," the guide says.

A pint of beer at the pub costs from £4.

How to find cheaper beer

IF you're after the cheapest pint in your area, here are some tips.

As always, please be Drinkaware.

Clitheroe is blessed with award-winning boozers as a rival pub near the Lancashire town was named the Dining Pub of the Year.

The Assheton Arms is in the conservation village of Downham and promises "a timeless country pub charm".

"They are the hub of a local community where customers of all walks of life and of all ages mix easily and they are run by extraordinary, hard-working licensees who have adapted their establishments to fit in with the needs and whims of our modern lives.

"They are uniquely British and should be celebrated. We are very lucky to have them.”

The rising prices come as one in 10 pubs is set to disappear from the high street over the next five years, putting 18,000 jobs at risk.

Meanwhile, experts have also warned that the price of a pint could soar to £10 due to a shortages following climate change.