BBC viewers left in tears after grandfather, 75, who was sceptical about climate change re-evaluates opinion on clean air before dying of lung cancer

A grandfather who was sceptical of climate change before dying of lung cancer left BBC viewers heartbroken after re-evaluating his views on air pollution.

Richard, 75, from Kent, was one of 108 Britons selected for a forum where ordinary people discussed how the country can reach the goal of net zero carbon emissions by the year 2050.

Ahead of the UK’s first ever Citizen’s Assembly on Climate Change last year, former aircraft refueller Richard said he ‘wasn’t particularly worried’ about the environment and was against the idea of raising tax to tackle climate change.

However after being diagnosed with stage two lung cancer during the first lockdown, Richard admitted that air pollution is an increasingly worrying issue, and he had become ‘more and more convinced we have to do something’. 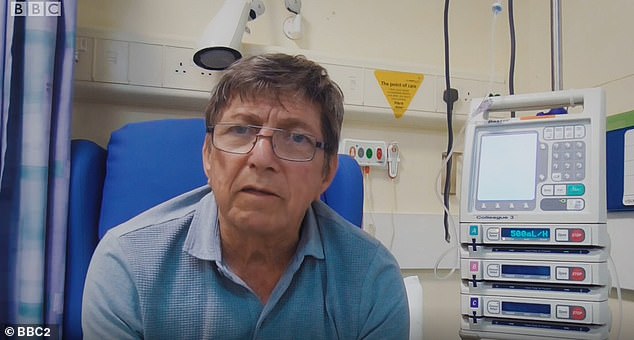 Richard, 75, from Kent, left BBC viewers heartbroken after re-evaluating his views on air pollution before dying of lung cancer

‘At my age, I don’t really have to be. I’d like to see it proved. How much is the earth actually warming up against what we’re doing to it?’

The Climate Assembly UK took place over three weekends in Birmingham from January to late March 2020, and a further three online weekends from April to May 2020 following the UK’s coronavirus outbreak.

The first session saw participants undergo a crash course on the science behind climate change, and Richard was sceptical about the rate of rising sea levels.

‘I must admit to a selfish interest in this’, he said. ‘The thing about sea level rising, it’s only going to be one metre in the next century. 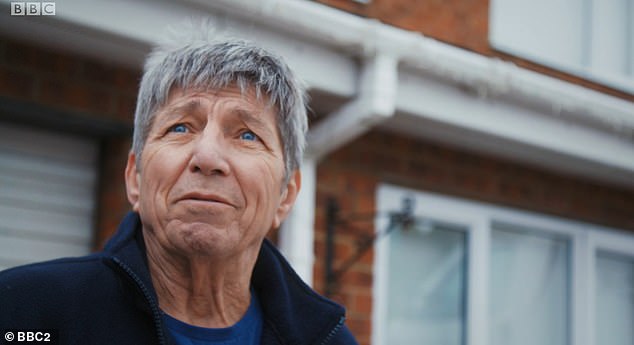 Richard, pictured outside his home in Kent, was one of 108 Brits selected for a forum where ordinary people discussed how Britain can reach their goal of net zero greenhouse gas emissions by the year 2050.

‘This is rather a personal interest because I have a house that looks out on the sea. One metre in 100 years I don’t see as devastating.’

When it came to the issue of flying less, Richard argued that after Brexit, Britain would suffer from less accessible international travel.

‘We’re going to lose business,’ he said. ‘This country is now planning to be a global country with their trade and we’re going to cut it down, it’s cutting off our noses to spite our face.’

He clashed with another committee member when it came to the idea of a frequent flyer levy, a policy proposal that ​aims to tackle the environmental impacts of flying by progressively taxing those who fly the most.

Sue, an ex-fishmonger from Bath who had been shocked by the science she discovered on her climate change course, was in favour of the proposed policy.

After a year of cancer treatment, Richard passed away peacefully in March 2021 and heartbroken viewers quickly took to Twitter to share their condolences

However Richard argued: ‘This would be a nightmare to administer, I’m against just taxing because you can, it’s going to limit people.’

As the pair continued to debate, Sue said: ‘You’re thinking of your social life, not the air we’re breathing, the air your kids are breathing. You’re not thinking about the planet. To make a better planet for the younger generation, that’s what we’re doing it for.’

Richard, who had retired from his job as an aircraft refueller ten years prior to filming the documentary, said that despite learning about the rising temperature of the planet, wasn’t too concerned about his personal carbon footprint.

‘Just looking at the front there and looking at the three litre motorhome, I’m not yet feeling guilty about it, I’m still hoping nature will take care of itself’, he said. 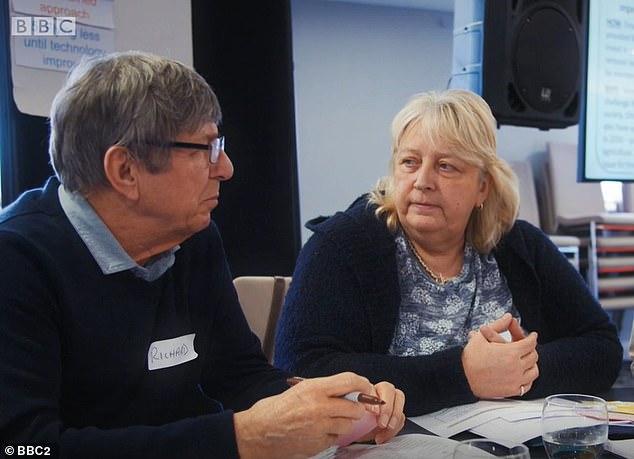 Sue, an ex-fishmonger from Bath who had been shocked by the science she discovered on her climate change course, debated with Richard over a proposed frequent flyer tax levy

‘I think Brexit has really shown that you can’t push the British public around. When it comes to it, they will do what they want to do and if you can’t persuade people on climate change you won’t get it.

‘I think it’s important people like me are there because otherwise it will be, “Lets go green tomorrow”. Doesn’t matter about the cost, that people are going to end up starving, jobs are going to disappear. It’s not as simple as that.’

When the documentary caught up with contributors again during lockdown, Richard shared the devastating news that he had been diagnosed with stage two lung cancer.

‘My big regret and it’s a major regret is, I smoked when I was younger, cigarettes were so cheap it was one after the other and it’s affected my health now and I hate cigarettes now.

‘Sixty per cent of lung cancers are caused by smoking, which leaves the question, how did the other 40 per cent get it? The obvious answer is obviously traffic, traffic fumes, industrial pollution. 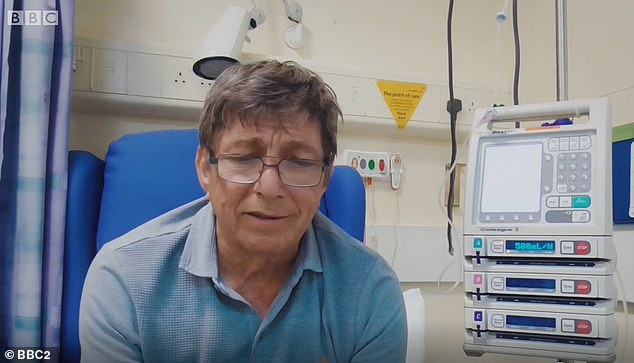 When the documentary caught up with contributors again during lockdown, Richard shared the devastating news that he had been diagnosed with stage two lung cancer

‘Even if you disagree with climate change, you can’t argue that clean air will be bad for the future. I’m becoming more and more convinced we’ll have to do something.’

After a year of cancer treatment, Richard passed away peacefully in March 2021 and heartbroken viewers quickly took to Twitter to share their condolences.

One said: ‘Watching ‘The People v Climate Change’ on BBC 2. Had a guy, Grandfather who has lung & Blood Cancer. And I know exactly what he is going through. He talked about his smoking and air quality. I never smoked, but for a good 25 yrs or more I was breathing in second hand smoke.’

‘Really enjoyed this. Sobbed a bit throughout and found it gave me a strange sense of hope. BBC iPlayer – #ThePeoplevsClimateChange, said a third.

The People V Climate Change is available on BBCiPlayer