Backbencher Mark Gepp is the latest Victorian MP to announce he will not be seeking re-election in 2022, bringing the total number of retiring Andrews government MPs to six in two weeks.

The member for Northern Victoria announced the news on Twitter late on Thursday night but did not say what prompted his decision to step away from politics. 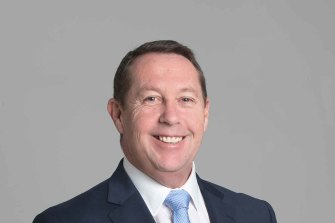 “The job is without question a great privilege and it has been one of the highlights of my 35-year career in the labour movement,” Mr Gepp wrote.

“I never dreamed of serving as an MP in a Labor government and I am deeply grateful to the mighty union movement and the Labor party for the honour.”

Mr Gepp’s announcement comes less than a week after former minister John Eren said he would not recontest his seat due to health reasons and a desire to spend more time with his family.

Mr Eren’s retirement from politics followed that of Richmond MP Richard Wynne, who announced he would not be running for office in 2022 last Thursday, paving the way for an intense election campaign that could see Labor lose its grip on the inner-city seat after more than two decades.

Former attorney-general Jill Hennessy, member for Yan Yean Danielle Green, and member for Ringwood Dustin Halse all announced they would be stepping aside last week.

This brings the total number of retiring Labor MPs to six.

In a statement, Premier Daniel Andrews described Mr Gepp as a fighter and a champion for social housing, who had worked to create jobs and education opportunities in his electorate.

“In his inaugural speech to Parliament, Mark described working to address inequality as the ultimate Sisyphean task, but it’s a task he never shied away from,” Mr Andrews said.

“He’s treated every day in his role as a member of parliament as an opportunity to stand up for people who need it.”

Mr Andrews said Mr Gepp’s time in office had seen the return of the Mildura Base Hospital to public hands and $10.7 million in investment to redevelop GOTAFE’s Archer Street campus in Shepparton.

Mr Gepp was elected to the Victorian Parliament in 2017.

He was among Labor politicians who raised concerns about the lockdown of high-rise towers in Flemington and North Melbourne during a COVID-19 outbreak in July last year, saying he found the police presence outside the buildings “difficult to watch”.