A night of firsts! Clayton Echard’s Bachelor journey has already been teased as extremely shocking, but season 26 kicked off with more than one surprise during the Monday, January 3, premiere.

Clayton Echard’s Season of ‘The Bachelor’: Everything We Know

While the location was familiar as filming returned to the Bachelor mansion, season 5 lead Jesse Palmer stepped in to host for the first time. He started by introducing the women, including Teddi, who is a virgin but willing to go to the fantasy suite, Gabby, who hoped to “seduce” Clayton with her sense of humor and Susie, who previously lived in Japan and knows jujitsu. 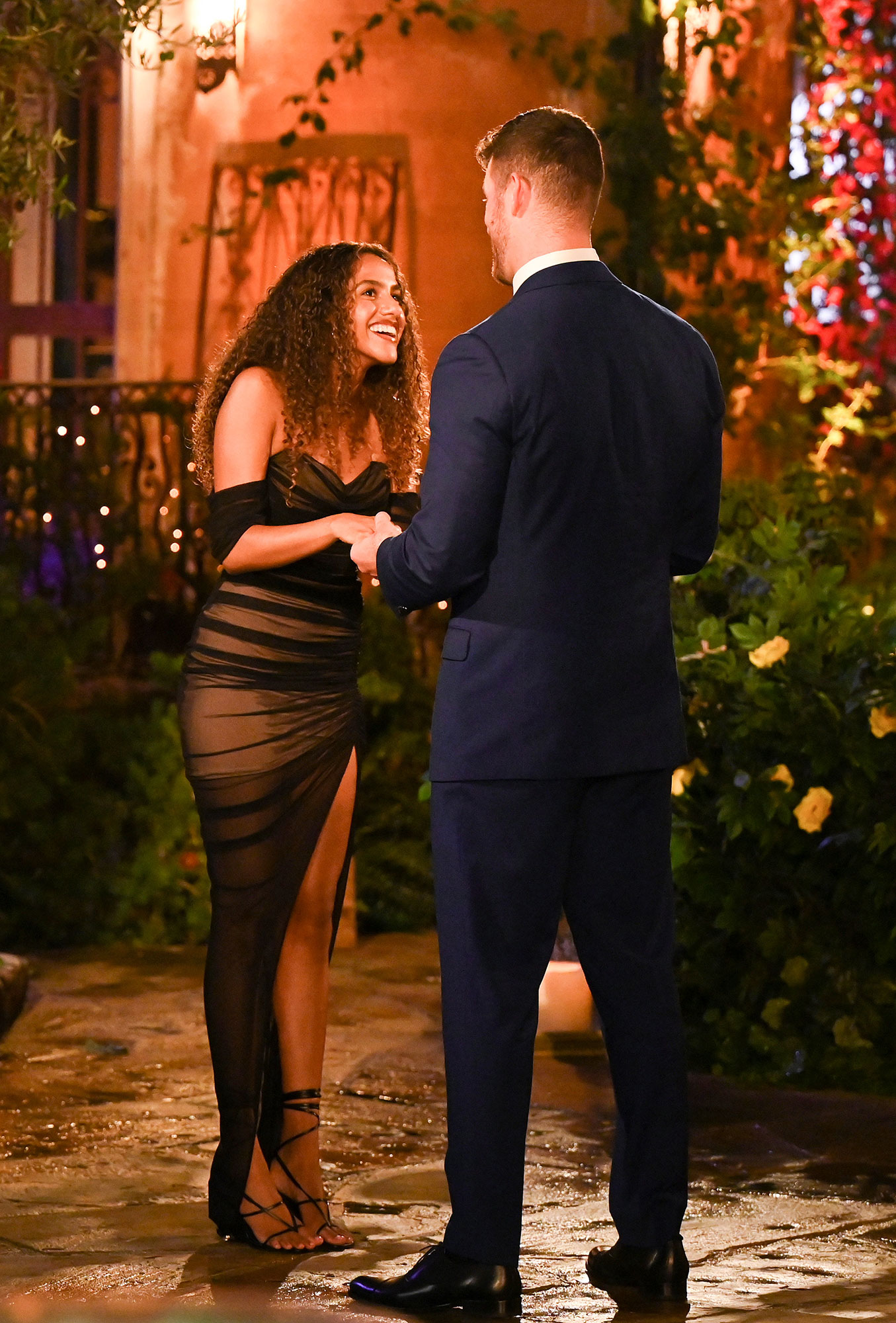 Salley, for her part, explained that she was supposed to get married that weekend, but she called off her engagement due to “lack of trust.” She believed she was ready to move on, but after becoming an “emotional wreck,” she went to Clayton’s hotel room five hours before the limo arrivals to talk to him. Clayton felt a special connection with Salley as she shared her story, so he offered her a rose. Although she wanted to accept it, she told him she was not in a place to do so, so she rejected the rose and quit the show.

Clayton was disappointed by Salley’s early exit, but he entered night one with a positive attitude. He hit it off with Teddi, remarking as she walked into the mansion, “You make me feel some type of way,” and wondering aloud how he would pick The One from the group. He even broke from tradition by going inside after only a few arrivals to tell the women how excited he was about them.

As usual, there were interesting entrances. Rachel asked her 63-year-old wingwoman, Holly, to introduce her to Clayton, Shanae ran over a fellow contestant’s miniature car with a huge truck and Samantha rolled in while sitting in a bathtub wearing a bikini.

Once inside, Clayton wasted no time testing his chemistry with the women, kissing Teddi, Kira, Eliza, Cassidy and Rachel. However, not all of his relationships were so easy — Claire announced to the other contestants that her one-on-one time with Clayton was “not the vibe,” noting that he was too nice for her. “I hate him,” she said at one point. Serene informed Clayton of Claire’s comments, and he confronted Claire, who denied saying that she hated him. Nevertheless, he sent Claire home on the spot.

Clayton then shifted his focus to the first impression rose. He felt a spark with Teddi right away and said he could not get her off of his mind all night, so he gave her the rose.

The Bachelor airs on ABC Mondays at 8 p.m. ET.