Asking For A Friend: How to deal with friendship jealousy 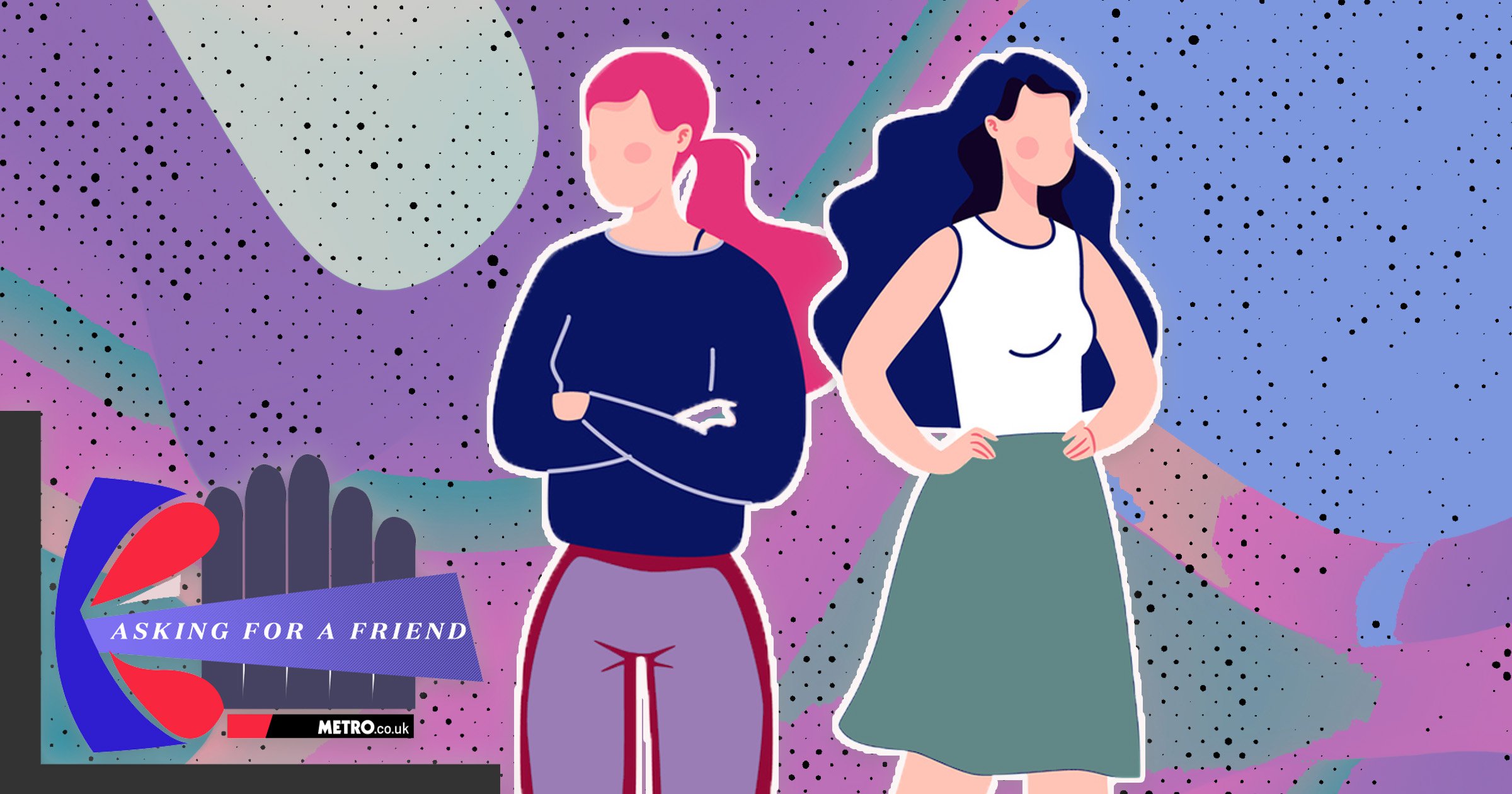 There’s no better feeling in the world than knowing you have a secure and dependable friendship circle – whether that consists of you and one or two other people, or you and 20 people.

True friendship is a gift, and the love we have for our friends can be overwhelming, but that doesn’t mean it isn’t immune to problems.

One of the most taboo issues, when it comes to friendship, is jealousy.

While jealousy within friendships is taboo – because of course we should love and support our friends as best we can – it’s definitely normal.

According to Dipti Tait, a hypnotherapist and psychotherapist, envy in friendships stems from a culture of comparison.

‘Our friends are people that we can easily compare ourselves to because we sort of see ourselves as equal to our friends,’ she tells Metro.co.uk.

She says that, because it’s much more realistic to compare ourselves to someone in our social circle than an Instagram influencer or a celebrity, we use these comparisons to check whether or not we’re on the right track.

And this isn’t necessarily unhealthy. But it’s important to distinguish between feelings of jealousy and feelings of envy.

Are you feeling jealous or envious?

Envy is a completely natural feeling that occurs when someone, whether we know them or not, has something that we want. This can be something as trivial as a holiday to Paris, or something a little deeper, like a loving relationship or a job they’re passionate about.

Jealousy, while also natural, is a much more negative emotion, and one which usually stems from envy.

‘Jealousy is a much more irrational feeling,’ explains Dipti. ‘And it’s much harder to shrug off.’

She says that jealousy can easily become malicious — think, attempting to sabotage a friend’s relationship because you don’t have one of your own, or purposefully persuading them to wear an outfit that you know doesn’t look good on them because you believe they’re prettier than you.

Even worse, you may start to resent your friend, or blame them for your own perceived shortcomings, which can lead to a very tense atmosphere.

How to deal with friendship jealousy

Use it as a tool for introspection

When you’re feeling jealous of somebody, it’s really important to do some self reflection to truly understand what you’re feeling.

This is because jealousy usually comes from a place of dissatisfaction: ‘Usually, the reason why we feel angry or jealous or envious, is probably because we’re angry at something in ourselves,’ says Dipti.

‘Rather than pointing the finger, you need to ask yourself what you need to change about yourself to feel better.’

Instead of externalising those feelings and blaming our friends for our perceived shortcomings, Dipti says we should accept the feeling within ourselves and ‘work out how we can use them as a motivator’.

This could be something like being a little more intentional with dating if you wanted to find a partner, or prioritising savings if you want to get a mortgage or go on a big holiday.

How to self-reflect when you’re feeling jealous

Journal about your feelings

Dipti says that journaling is useful because it can help you to clear your mind quickly.

‘All of your thoughts come out of your head into a sort of organised sequence,’ she says.

‘When you write stuff down, you can organise your jumbled thoughts, then your head will feel less cluttered and jumbled, allowing you to think straighter and rationalise your feelings.’

Speak to a professional

Voicing your emotions to somebody is always great for putting your feelings into perspective, but it’s important to speak to the right person – preferably someone neutral, who won’t exacerbate or invalidate your feelings.

‘Talking to a therapist who is impartial can help you to organise your thoughts properly, and help you see things differently and get a better perspective,’ says Dipti.

‘This will create some more clarity in your mind and help you to separate your thoughts from what is real, and what is just perception.’

Should you tell your friend that you feel jealous of them?

While it might feel natural to be honest with your friend about how you’re feeling, just like if they had done something to upset you, it’s important to tread lightly.

In fact, Dipti advises against it all together, as admitting jealousy might cause a rift in the friendship.

‘I think self-awareness is a huge thing, because it’s usually not your friend’s problem, that you’re feeling jealous of them, which is why it’s better to be reflective.’

Realistically, there’s nothing your friend can do about your jealousy: they aren’t going to sell their house, dump their boyfriend or stop wearing makeup just to make you feel better and, in fact, they’ll probably just end up feeling helplessly guilty – and wind up resenting you for it.

‘Jealousy can be really damaging to a friendship because,  if you hear that one of your friends is jealous of you, it feels like there could be a lack of trust or loyalty,’ says Dipti.

The only caveat for this is if you feel that your friend is intentionally trying to make you jealous of course, which is a completely different story.

‘There has to be an understanding of whether this is  intentional or if it’s your own problem,’ she says.

Should you cut off a friend when you feel jealous?

Cutting somebody off is certainly drastic, but if your jealousy is really taking a toll on your mental health and self esteem, a little bit of space might be necessary.

‘Self esteem can easily be damaged,’ says Dipti. ‘And it can take a lot to build up again – it’s something that needs pretty consistent work.

‘If you know that person is a trigger for your jealousy, it might be best for you to work on yourself,’ says Dipti, ‘ because when you’re trying to work on something, if you keep getting triggered, you keep going backwards and forwards, and you do need to take yourself away.’

But, rather than telling them you feel jealous of them, or cutting them off without a word, let them know that you need to work through some things and you’ll talk when you’re ready.

‘Everyone deserves some space – it’s okay to ask for space,’ says Dipti.

‘I think, if the friendship is meant to be, your friend will understand and still be there when you’re ready, especially if you’re honest with them.’