Asking For A Friend: Does abuse always have to be intentional? 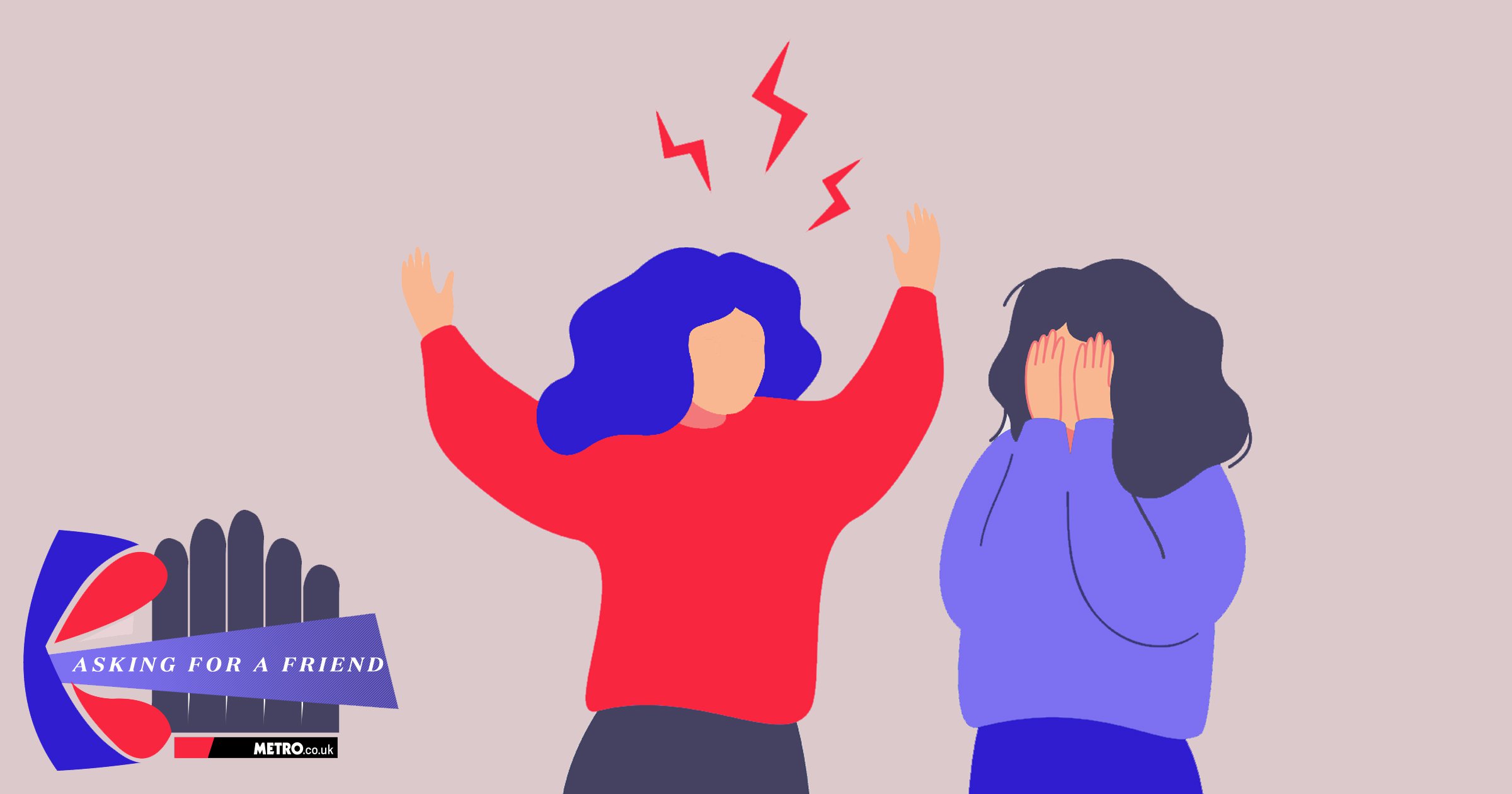 Asking For A Friend is the series where we answer the questions you’ve always wanted to ask.

Words like gaslighting, love bombing and narcisstic have been thrown around to the point that they’ve shed their meaning.

Previously reserved for instances of relationship abuse or other toxic scenarios – usually coming from a therapist – these buzzwords can be used to refer to anything, from a dubious marketing campaign to a friend who wants to focus on themselves.

In a way, these very real abusive tactics get watered down to the point that it’s difficult to recognise what is and isn’t abuse.

Is someone really being manipulative, for example, if they genuinely want to spend all their time with you after one or two dates?

What if they’re a bit of a hypocrite or are prone to having emotional – or angry – outbursts?

It can be hard to decipher when someone is being intentionally abusive or is simply acting on their impulses.

This can be particularly hard when those toxic behaviours cross over into someone’s coping mechanisms or communication styles – things that are often the product of trauma or upbringing, rather than a need to manipulate and control others.

Claire Chamberlain, a survivor and founder of Clear Path UK, a coalition of survivor-led domestic abuse services, defines relationship abuse as ‘a pattern of behaviour causing change in the victim in terms of isolating and reducing identity, independence and self efficacy, for the purpose of gaining control and compliance.’

She adds that survivors of domestic abuse are likely to experience complex trauma, overwhelm, extreme anxiety, depression and a loss of confidence, self-belief and self-worth as well as feelings of self-blame, guilt and shame.

This, Claire tells us, can lead to fear-based decision making and unhealthy coping mechanisms such as substance abuse or disordered eating.

But is the operative word in Claire’s definition ‘purpose’?

If someone resorts to the silent treatment – or in therapy speak, stonewalling – after an argument or disagreement because they don’t know how to process their emotions or communicate their needs and instead shut down, is that abuse?

While manipulative behaviours like stonewalling can stem from family backgrounds, Anna Sergent, a trainee psychoanalytic psychotherapist working with domestic abuse survivors, tells Metro.co.uk, what matters is they have the same effect.

‘People can be unknowingly manipulative, especially if they are not aware of the relational patterns that they follow in their relationships,’ Anna says.

But, she adds, ‘unintentional abuse can still be perceived and felt as abusive to the receiver even if the other person uses it to cope with their own psychological issues or insecurities.

‘Someone who is, for example, stonewalled, can become anxious, helpless, and feel like they are not worth the attention of their partner.’

Cathy agrees: ‘You could give the “abusive” partner the benefit of the doubt and say that until their behaviour is pointed out to them, it could be due to their lack of experience,’ she says.

‘Stonewalling may be a coping mechanism, jealousy may be down to insecurity or they simply didn’t realise their comment or manipulative behaviour would hurt you.’

However, once abusive behaviour is pointed out to a perpetrator, they shouldn’t continue to do it.

‘They have a choice not to behave in that way again,’ says Cathy.

If they do repeatedly take the same course of action, whether that’s gaslighting, stonewalling or another form of emotional abuse, it might be time to question their motives.

As Claire sees it, ‘an apology without changed behaviour, is just manipulation.’

If it’s just a one off, it’s probably fine to write it off as unintentional, especially if your partner is able to explain where that toxic trait stems from.

But it’s important to look at the action in the context of your whole relationship – if a pattern is developing, even if it’s happening slowly, it’s vital that you call it out and cut it off before it gets worse.

‘It is vital you look beyond the most recent incident or hurtful statement and look at all their behaviour in relation to the different types of abuse,’ says Cathy.

It’s also important to be careful while working out if someone’s behaviour is intentional or not – if it is, they may be able to manipulate you into believing that they don’t mean it and that their abuse was a response to something you did.

‘Abusive partners are just so adept at making the victim partner feel like they are to blame for all their behaviour, pushing the responsibility on to the victim,’ says Cathy.

If you believe your partner is exhibiting potentially abusive behaviours without the aim to control or manipulate you, you need to talk to them about it.

Anna says that communication is the best way to mitigate the impact of certain behaviours, otherwise it will have the same effect as intentional abuse.

‘Unintentional abuse will have less of an impact only if the person who receives it knows that it was unintentional and comes to an understanding as to why the other person had to resort to dysfunctional ways,’ she says.

She adds that professional help, if accessible, may be useful in discussing some of those dysfunctional and harmful patterns.

If you feel as though you can’t confront your partner about this, Cathy says, something might be wrong.

‘Ask yourself whether you think it is just easier to keep the peace or whether you are fearful of how they might respond,’ she says.

‘If you don’t feel able to deal with this openly with your partner, then something isn’t right.

‘In a loving and supportive relationship, your partner would without doubt listen to you and take responsibility for their behaviour.’