Ariana Grande Joins ‘The Voice’ Season 21 As New Coach: Who Is She Replacing?

There’s a new ‘Voice’ coach in town! Ariana Grande is taking a seat in the coveted red chair for ‘The Voice’ season 21.

Ariana Grande is joining The Voice! Ariana will be replacing Nick Jonas in the red chair for season 21. The 27-year-old songstress announced the exciting news via Instagram on March 30. “Surprise !!! i am beyond thrilled, honored, excited to be joining @kellyclarkson @johnlegend @blakeshelton next season ~ season 21 of @nbcthevoice ! @nickjonas we will miss you,” she wrote. She also posted a photo of herself sitting on The Voice’s iconic red chair!

She will join Blake Shelton, Kelly Clarkson, and John Legend as the coaches for season 21. Carson Daly will also be back as host. Nick was a coach for seasons 18 and 20. Gwen Stefani replaced him in season 19 and won the season with Carter Rubin.

“I’m so honored and excited to join The Voice family!” Ariana said in a statement. “I have been a huge fan of the show for such a long time. I can’t wait to go head-to-head with the incredible coaches, get to know these new artists, and help to take their craft to the next level.” 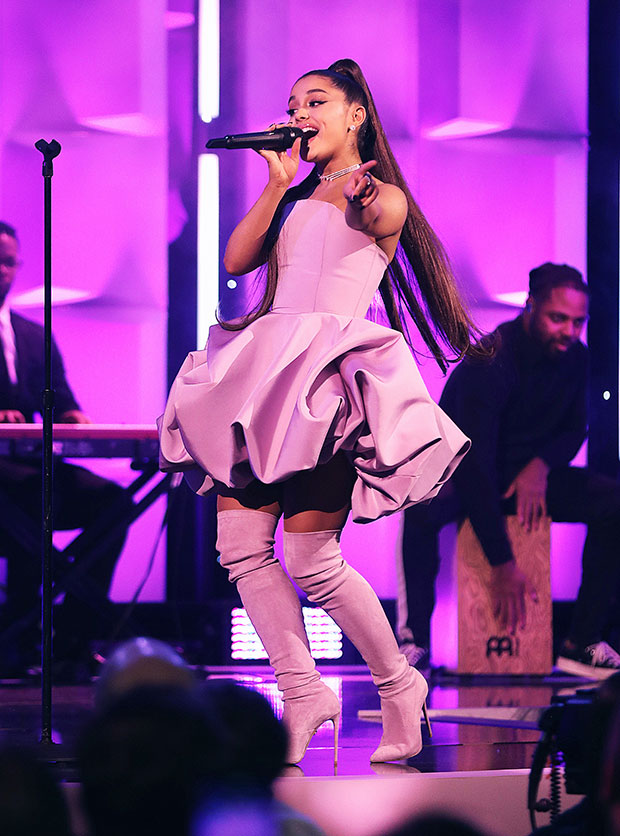 Jenny Groom, the Executive Vice President of Unscripted Content for NBC Universal Television and Streaming, is “thrilled” to welcomed Ariana to The Voice. “As an undeniable force in pop music, Ariana’s inimitable success in the music industry is extraordinary,” Jenny said. “We were thrilled to learn that she is a true fan of The Voice and know that this enthusiasm will add to her impact as a dynamic coach. Ariana is a visionary with over a decade of experience in the music industry. Her unmatched vocal skills, creativity, and unique expertise on all facets of the industry will make her an invaluable coach to the next generation of artists.”

The year 2021 is already an epic year for Ariana. She recently won a Grammy for Best Pop Duo/Group Performance for “Rain on Me” with Lady Gaga. She released her latest hit album, Positions, in October 2020.

The Voice is currently in the midst of its 20th season. The show just entered the Battle Rounds with current coaches Blake, Kelly, Nick, and John. The Battles will continue April 5 and April 12 at 8 p.m. on NBC.