Labour’s pledge to put No 10’s planned 1 per cent pay rise for nurses at the heart of its local election campaign could mean that one well-heeled minister’s nonchalant dismissal of the nurses’ case will come back to haunt the Government.

‘There are many people in this country who look upon professional jobs in the NHS with some envy,’ Health Minister Lord Bethell said last week.

‘Nurses are well paid for the job. They have a secure job and they have other benefits.’

Is Bethell, a hereditary peer, the right man to talk about nurses’ pay? He lives with his venture capitalist wife Melissa Wong in a four-storey house in Notting Hill, which cost £6.3 million in 2011, but has since doubled in value. What’s more, they have a swish holiday home in Majorca. 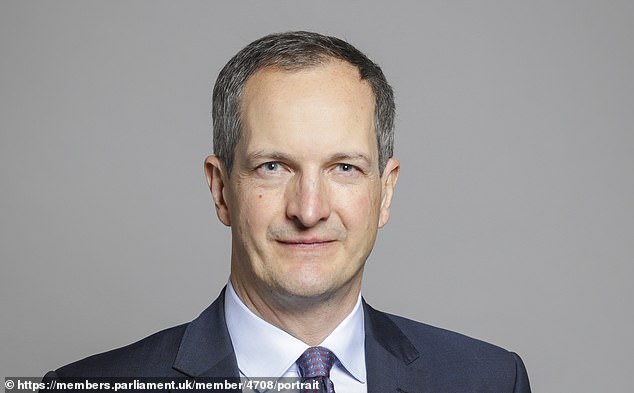 ‘There are many people in this country who look upon professional jobs in the NHS with some envy,’ Health Minister Lord Bethell said last week

Bethell’s wife earned millions at blue-chip investment firm Bain Capital, where she was MD until 2017.

She has also worked for Goldman Sachs, the bank once famously described by Rolling Stone magazine as ‘a great vampire squid wrapped around the face of humanity, relentlessly jamming its blood funnel into anything that smells like money’.

Lady B also has a clutch of directorships with companies including Tesco and Diageo.

Newly qualified nurses, meanwhile, earn just £24,907 a year. Boris Johnson is said to be considering a one-off bonus for nurses to supplement the offer on the table, but it would have to be pretty hefty to stop NHS angels from looking upon the Bethells ‘with some envy’.

As the fallout continues from the devastating Oprah Winfrey interview, journalist Ivo Dawnay tweets: ‘Meghan thinks she’s got it bad. Try marrying into the Johnsons — the ego just melts.’ Ouch! Dawnay is married to Rachel Johnson, the younger sister of Boris. 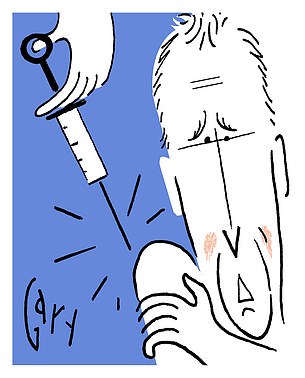 How to needle an MP

Tory MP Nigel Evans, the Deputy Speaker, was at Blackburn Cathedral for his Covid vaccine when he discovered Transport minister Andrew Stephenson was a volunteer administering the jab.

‘I’ve heard of MPs stabbing each other in the back,’ said Evans. ‘But never in the arm!’

Gyles Brandreth recounts in The Oldie how a friend went into a shop to buy flowers for Mother’s Day. The woman at the counter told him they did not sell flowers, saying: ‘We are a circumcision clinic.’

When his friend protested that there were flowers in the window, the woman replied: ‘What do you expect us to put in the window?’

Britain’s first Muslim Cabinet minister Baroness Sayeeda Warsi, who sometimes wore a shalwar kameez (traditional Pakistani costume) to meetings at No 10, has recounted one of her worst wardrobe moments.

‘I was about to take part in a House Of Lords debate,’ she told Susannah Constantine’s My Wardrobe Malfunction podcast. ‘I was rushing and I really needed to go to the washroom, so I went to the washroom and rushed back out again.

‘But I left my dress tucked into the back of my tights and walked into the House and a colleague had to say: “I think your dress . . .”’

Layla Moran must have missed the memo about checking your bookshelves to ensure there is nothing that can be used to hold you up to ridicule.

A Zoom interview last week revealed that the Lib Dem foreign affairs spokeswoman has a copy of The Victory Lab, a book by the U.S. journalist Sasha Issenberg, subtitled: ‘The Secret Science Of Winning Campaigns.’ 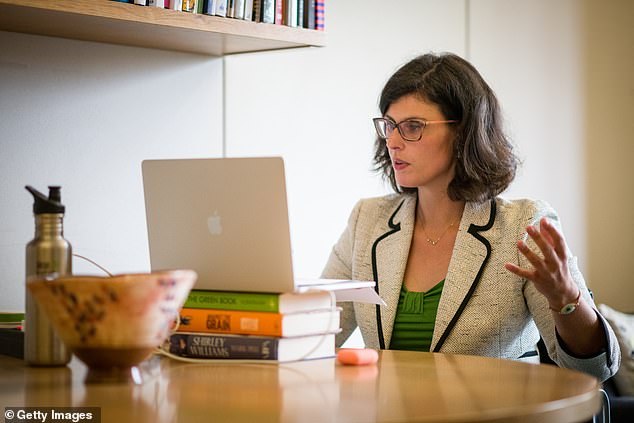 So how does the late Tory MP Sir Henry ‘Chips’ Channon — whose riotous diaries reveal a Nazi-admiring friend to the royals with a voracious sexual appetite for men and women — compare with modern MPs?

Michael Gove, in virtual conversation with Simon Heffer who edited the diaries, said: ‘I was one of the most spectacularly incompetent Chief Whips any government has ever had. But as Chief Whip you realise people in politics take more risks and by their very nature have more colourful lifestyles. Moving to London can lead to all sorts of temptation Chips Channon style.’

Asked if he was referring to any specific MPs, Gove said: ‘Time for the next question.’