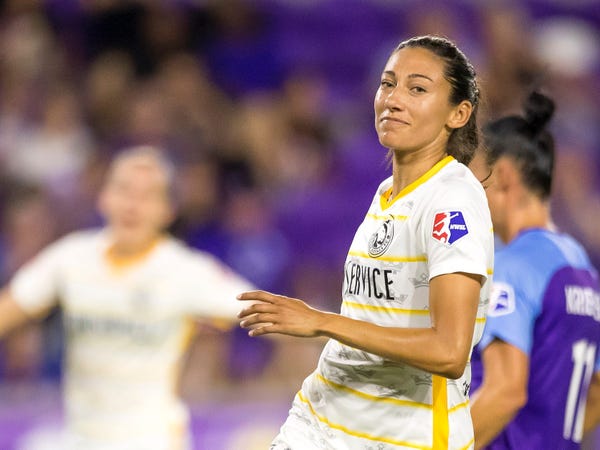 Though Hansen has since decided to sell his stake in the franchises, toxicity appears to run rapant among Utah Soccer higher-ups. Recent reporting from SB Nation's Lucas Muller accuses other executives at the franchise — chiefly Chief Business Officer Andy Carroll — of a sexist culture that led to the objectification of some of the world's most talented soccer players.

In an article published Monday night, former Utah Royals photographer Roscoe Myrick told Muller that Carroll instructed his employees to photograph players in a way that would make them look "sexy." Other RSL staffers corroborated Myrick's story and added that Carroll explicitly requested that Christen Press, Amy Rodriguez, and Kelley O'Hara be featured on billboards and advertisements because "he allegedly felt they were the prettiest players on the team."

Carroll is also accused of deeming other Royals stars, including Icelandic midfielder Gunny Jonsdottir and US Women's National Team star Becky Sauerbrunn, "too ugly" to include on outward-facing team materials.

The report also says Carroll and his fellow Real Salt Lake executives engaged in sexist behavior towards other female employees, including former sideline reporter Rebecca Cade. Cade told Muller that her physique was openly discussed in a meeting among her male coworkers.

"I was told, by a coworker, that there was a management meeting one Friday after work that only included the men in management — like the marketing guys and PR guys, all the guys I work with," Cade said. "[Carroll] passed around scotch, was talking very inappropriately and was discussing my body with the other men. I didn't really ask for specifics, but I know for sure they were talking about my boobs."

In a statement provided to Muller in response to his reporting, Real Salt Lake said that "Utah Soccer does not tolerate and has never tolerated language or conduct that is prejudicial or discriminatory against women."

"Utah Soccer prioritizes gender equality and has worked diligently to support and empower women both on and off the field," the organization added. "This is exemplified in its various women's initiatives and in the devotion it has shown to the sport of women's soccer more broadly."

Representatives for the NWSL and the NWSL players' association did not immediately respond to Insider's request for comment.