‘An amazing spirit to have on set’: Justin Kurzel on the late Michael K. Williams

Like much of the world, Australian filmmaker Justin Kurzel first became aware of Michael K. Williams’ onscreen dynamism through the actor’s breakthrough role as Omar Little on The Wire.

When he had the opportunity to cast the actor in Assassin’s Creed, his big-budget Hollywood pivot released in December 2016, he jumped at the chance. 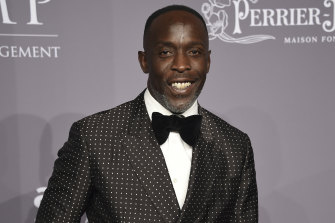 “The Wire was one of my favourite shows and he was so memorable during that series, so surprising and he had a lot of heart,” Kurzel recalls.

“So myself and the producers, we made a really strong play to entice him to do Assassin’s and he accepted – which was pretty amazing, because he had such an aura about him.”

Williams, a five-time Emmy nominee, was found dead at his New York apartment on Tuesday, aged 54.

The actor, who had 111 acting credits to his name since his onscreen debut alongside Tupac Shakur and Mickey Rourke in 1996’s Bullet, had only last month signed up for an intriguing role playing George Foreman’s trainer Doc Broadus in a biopic on the prizefighter. He is also up for best supporting actor in a drama at this month’s Emmys for his work in the HBO series Lovecraft Country.

“He’d lived a pretty extraordinary life so he always found a lot to tap into, to bring all that experience and heart into these incredible characters,” says Kurzel. “He was a really strong spirit on the set of Assassin’s. I’m devastated to hear of his passing.”

A gently menacing figure onscreen, largely due to the intimidating scar that ran down the middle of his face, earned after he was slashed by a razor during a barroom argument on his 25th birthday (“All my life I’m this cream puff, and next thing I know everyone sees me as some kind of gangster,” he told The New York Times of its impact on his work), Williams had long been open about his struggles with depression and substance abuse, particularly cocaine and alcohol, and the relapses that plagued his career.

Speaking on Marc Maron’s WTF podcast in February while promoting Body Brokers, a film centred on the commercial exploitation of drug rehabilitation, he described an “out-of-body experience” in 2001 where, while in the midst of a drug-fuelled high, he saw an episode of The Sopranos on TV that he was in. 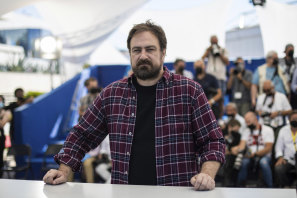 “I looked at what I was doing and I said, ‘Man, there’s something wrong with this picture,’” he joked, recalling how the moment spurred his breakthrough into The Wire.

“I poured a lot of my pain into the character of Omar. A lot,” he said.

In an interview with US talk show host Tamron Hall at the same time, he also described relapsing following the end of his breakout run on The Wire.

“I went from being a shy, dark-skinned kid in the hood to all of a sudden everybody’s just, ‘Yo man, I love you!’ But they were calling me Omar, not Michael. That was the beginning of me losing myself, losing my identity in my work and that came back to haunt me drastically.”

Kurzel says he wasn’t aware of Williams’ demons outside of what he’d read in interviews. On the set of Assassin’s Creed, the actor was “light and funny, really inventive and always listening to music”.

“He was kind of an amazing spirit, actually, to have on set,” recalls Kurzel.

“I just remember him being able to switch quickly and being able to be really present and genuine every time he took a take; it was like being able to turn a tap on. He took acting incredibly seriously, and he was very generous with it.”

Echoing the sentiments of Hollywood stars including Edward Norton and Patrica Arquette, who called Williams “one of the greatest actors ever”, Kurzel says like all great character actors, there was a sense that Williams brought his real-life experiences and emotions to his onscreen work.

“He’d lived, and you sort of felt as though he’d earned whatever acting choices he’d make,” Kurzel says. “You’d be on set and he’d make these decisions that were so unique and original, like he had a reservoir of feelings and ideas.

“I don’t think he could fake much. I think he felt things strongly and you could feel that every time you did a take with him. I mean, he was a real artist.”

Our Breaking News Alert will notify you of significant breaking news when it happens. Get it here.