Aldi will become first UK supermarket to debut ice-cream for dogs when the treat hits its freezer this Summer.

According to the budget retailer, the cool snack will be available in stores nationwide from tomorrow (June 16).

It comes in two flavours, Pea & Vanilla and Apple & Carrot, which are made from fruit and vegetables, creating what Aldi describes as a ‘nutritious snack’. 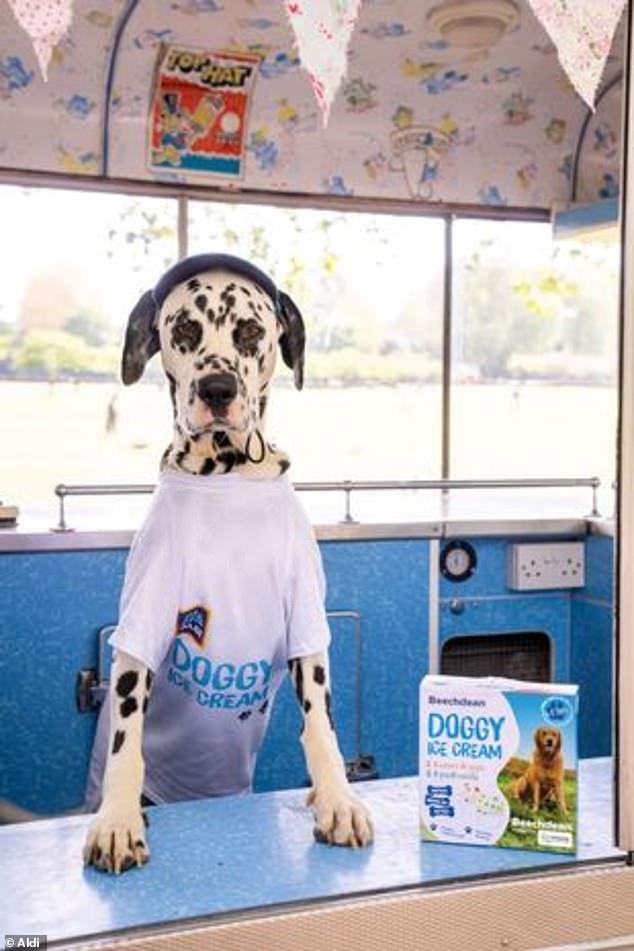 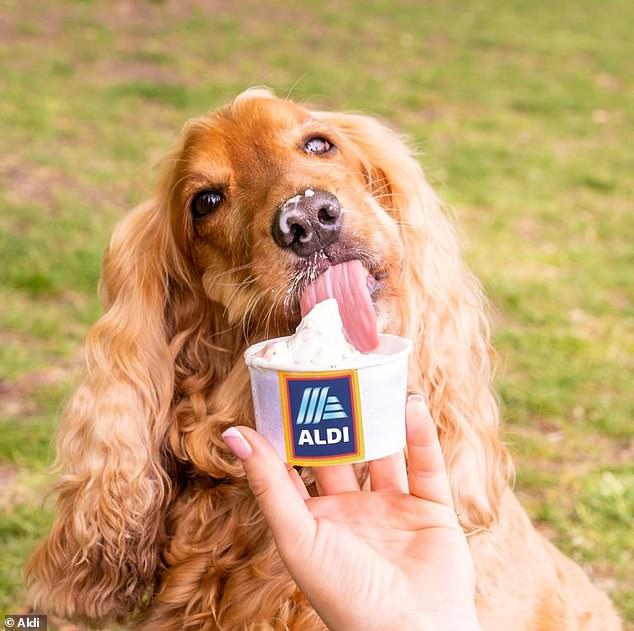 The ice-cream, by Beechdean, launches tomorrow, retailing at £2.99 for a pack of four tubs (110ml each) 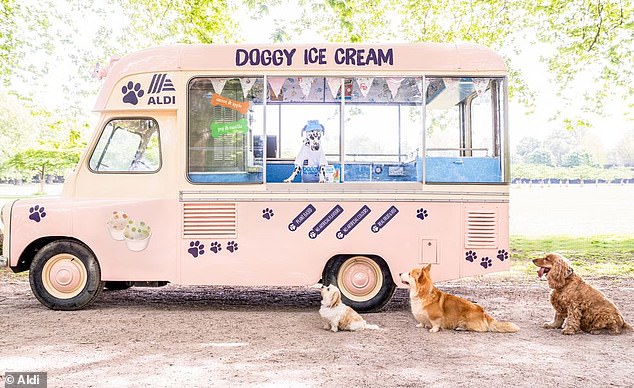 As well as selling the treat instore, Aldi has partnered local ice-cream sellers in Brighton, Essex, and Scotland. They will be distributing the treat this weekend

As well as being available in stores, local ice-cream vendors in Brighton, Essex and Scotland have partnered with Aldi, to ensure sweet-toothed mutts can get their paws on the treat.

The ice-cream vans offering the Beechdean’s latest innovation will take to the streets this weekend.

Julie Ashfield, Managing Director of Buying at Aldi UK, said: ‘With more of our customers now owning dogs, we’re delighted to launch a nutritious and tasty treat that will help keep dogs cool in the heat.

‘Being the first UK supermarket to launch a dog-friendly ice cream comes just in time for summer as we look forward to the warm weather.

‘Teaming up with ice cream vans across the country gives us the chance to get the product straight into owner’s hands, so they can share a special moment alongside a tasty treat outside with their furry friend – we’re confident they won’t be able to keep their paws off it.’

The ice-cream is an Aldi special buy, which means that once it is sold out, it will not be returning. 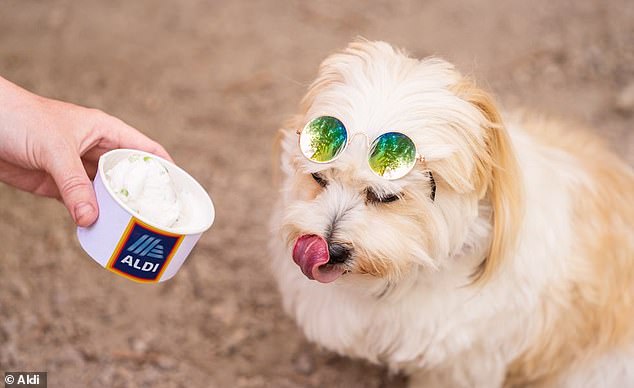 The dog ice-cream is completely plant-based, and is made from fruit and vegetables, making what Aldi describes as a ‘nutritious snack’ 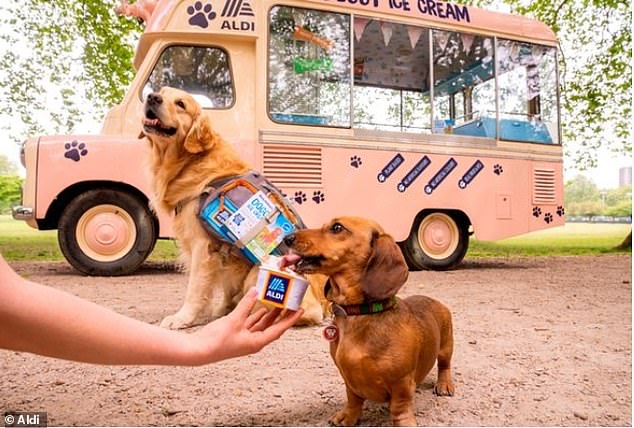 According to an Aldi spokesperson, the new treat, which they won’t be able to keep their paws off, will help them stay pooches cool in the heat