Labor has promised a $10 billion fund to cut housing costs for workers in a response to the federal budget that seeks to galvanise voter concerns about soaring house prices and rising rents. 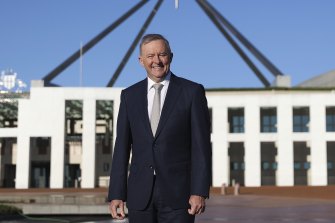 “A government powered by determination to create opportunity. A government that holds no one back, that leaves no one behind. A Labor government – a government on your side.”

Mr Albanese, who grew up in social housing as the child of a single mother in Sydney, said he believed good government had changed his life and could do the same for others.

With Labor supporters filling the public galleries of the House of Representatives, he drew applause for the housing proposal, a call to do more on climate change, a vow to recognise First Australians in the Constitution and a call to lift the wages of aged care workers.

“We have a once-in-a-century opportunity to reinvent our economy, to lift wages and make sure they keep rising, to invest in advanced manufacturing and in skills and training with public TAFE at its heart,” he said.

Citing some of his existing policies, such as a $6.2 billion childcare package announced last October and a “jobs and skills” body to help industry, he said Australia also had an opportunity to fix aged care, champion equality for women and emerge as a renewable energy superpower.

The housing policy aims to use $10 billion in government bonds to put cash in a new Housing Australia Future Fund to be managed by the existing Future Fund, with the earnings spent on affordable housing.

This would create 21,500 jobs, with one in every 10 new workers being apprentices under Labor policies to mandate this ratio. 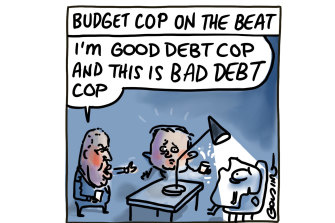 Because the fund would direct cash to housing for women, Labor estimated about $1.7 billion would go towards women over five years, with $100 million of that for crisis housing for those fleeing violence.

The New Energy Apprenticeships would give young workers $2000 on the commencement of their jobs and $2000 a year for up to four years afterwards.

The idea is similar to a pledge by former Labor leader Bill Shorten two years ago, shortly before the last election, to support 10,000 apprentices in renewable and clean energy industries as part of a broader $75 million training package.

The Labor policy in 2015, also called Startup Year, offered the same support for the same number of students.

The Labor pledge to criminalise wage theft is a key message to workers that Mr Albanese would seek to deliver the change to the law the government abandoned earlier this year when its workplace reform package, which included a similar measure, was blocked in the Senate.

The promise to impose a duty on employers to take reasonable steps to eliminate sex discrimination, harassment and victimisation also acts on an idea the government has declined to pursue.

The change was recommended by Sex Discrimination Commissioner Kate Jenkins in her [email protected] report but the federal government said existing laws were strong enough.