Adele’s Son Angelo, 9, Questions Her Love For Him In New Song My Little Love

Adele’s new album is here, and one of the most poignant moments on ‘30’ is a song that features her and Simon Konecki’s 9-year-old son discussing their heartbreaking divorce.

Even before 30 arrived, fans knew that Adele’s album was going to be an emotional rollercoaster. Not only was it her first album since 2015’s 25, but it also marks the first album since Adele, 33, split from her husband, Simon Konecki. While the album is rife with heartache and sadness, there’s one moment that really stands out: “My Little Love,” which uses voice notes from Adele and Simon’s 9-year-old son, Angelo.

The song features snippets of conversations, wherein Adele admits to her son that she’s had a “lot of big feelings” lately. But first, Angelo notes, “I feel like you don’t love me.” Adele asks, “Why do you feel likе that?” later adding, “You know mommy doesn’t like anyone else like I like you, right?” Of her big feelings, she later says, “Mummy’s been having a lot of big feelings recently,” she says. “Like how?” Angelo asks. “Just like, mummy, I’m, I’m, the feeling that I . . . I feel a bit confused,” she responds, prompting a “Why” from Angelo. “I don’t know. And I feel like I don’t really know what I’m doing.” Angelo responds, “Oh, at all?”

She also says, “I love your dad ’cause he gave you to me. You’re half me and you’re half daddy.” The outro includes emotional voice notes from the singer herself, noting, “I’m having a bad day. I’m having a very anxious day.” She later adds, “I feel like today is the first day since I left him that I feel lonely, and I never feel lonely, I love being on my own.”

Fans first got word of Angelo’s appearance when Adele sat down with Rolling Stone’s Brittany Spanos to discuss the album. The interview was where fans learned that “My Little Love” was an R&B lullaby to her son, and that it included voice memos of Angelo grappling with the tough questions stemming from Adele and Simon’s divorce. “I love your dad because he gave you to me,” Adele says to Simon during a bedtime conversation, explaining to Brittany that those periods were of serve anxiety. “It was unbearable,” said Adele, “and so if I started getting anxious about something I might or might not have said, I could just listen back to this and be like, ‘OK, I’m fine.’”

'Adele One Night Only' Special: See Photos Of Adele In A Stunning Black Dress & More 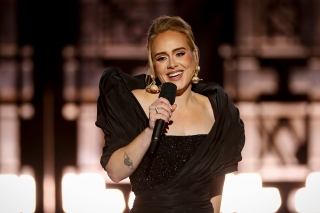 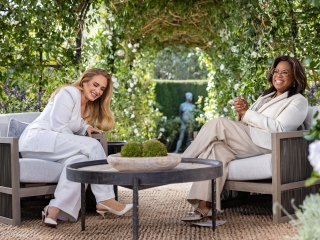 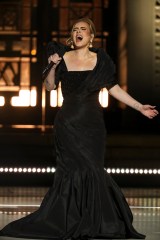 “I might not have been emotionally there all the time, but I never wasn’t there for him,” said Adele. The Rolling Stone piece said that “My Little Love” and essentially, all of Adele’s new album, is about showing her son that her mother is “a layered and complicated woman with an identity outside of their relationship, who’s struggled and cried and hurt.” Adele said that her son “needs to know everyone goes through it.” However, she noted that Angelo is a Libra. “[So] he is, like, ‘Chill. It’s fine, Mama. Just chill out.’ ” 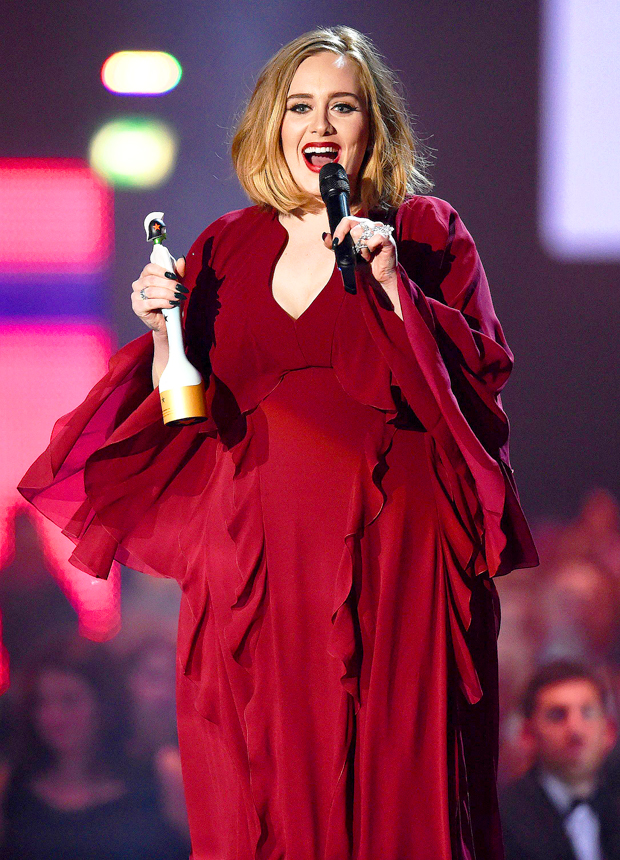 Adele spoke with John Mayer for an interview airing on SiriusXM Hits 1 and on the SXM App at 7 am ET on Nov. 19. During the conversation, John asked if Adele was going to tour the new project. This album won’t, no, probably not,” she said. “Because, I’d love to. I was really, I was actually desperate to tour, which for me is wild. Cause I don’t like touring, but like, you know, but in COVID and also like Angelo really enjoyed the last tour. Like he came everywhere, and he loved it and some of that, and he’s putting every time I’ve gone to the studio when I was making this, I’d be like, ‘I’ve got my work.’ He’s like ‘well why don’t I come, and where are we going? What are you doing?’ Like, you know?”

“So I did really actually want to, and I’ve got into the swing of it last time,” she said. “Like, you know, and obviously I’ve got to stadiums and stuff like that, which, you know, without sounding spoiled, it’s easier because it’s less shows, you reach more people like you’d get to stay in places cause it’s, you know, to put down and then take down, put up and put down the shows, the stage. But yeah, I don’t think it’s not, it doesn’t sit right with me putting an album out like this year and then touring it in 2023.”