Who were the first guests of “The View’s” 23rd season? They were co-host Abby Huntsman’s new babies, Ruby Kate and William Jeffrey.

“I’m a new person since the last [time] I sat here,” Huntsman said on Tuesday. “I can see my feet, I can breathe…it’s good to be back.”

Huntsman was last on the show in May before she left for bedrest. On June 5, Huntsman and her husband Jeffrey Bruce Livingston welcomed the twins, who join the family’s year-old Isabel Grace and their golden retriever, George.

Ruby was in the neonatal intensive care unit for two weeks while her lungs developed, Huntsman said.

“I’m so, so thankful for doctors and nurses,” she said, also thanking co-host Meghan McCain, who she talked to “every day.”

Huntsman said William “developed a big crush on Meghan over the break.” Huntsman said that when McCain was holding him and she’d try to take her son back, “he would freak out.” 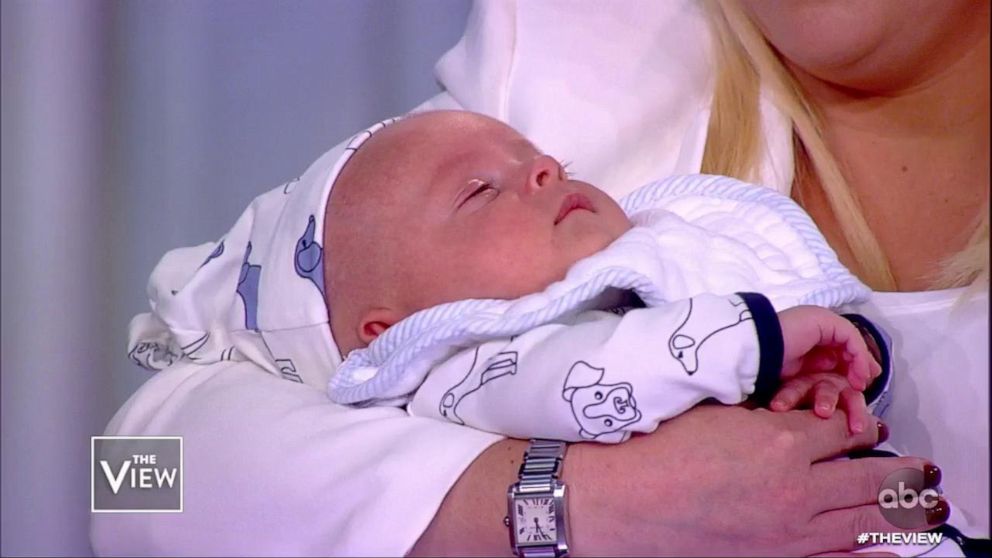 Now the twins are “doing wonderful.” As for mom, she said she drinks “a lot of coffee and a lot of wine.”

Huntsman joked that 1-year-old Isabel “is a nightmare,” and said that she asked to put the twins in the microwave.

Huntsman joked that the family is now “like a charity case,” and told a story about how her husband had recently gone to the mall with all three kids, where one couple asked, “Can we buy you a drink or just some food?”

She said that while reflecting on Labor Day, she realized, “Dads and moms — that’s by far the hardest job.”

Huntsman also spoke about leaving the kids behind to surprise her father Jon Huntsman last week in Moscow, where he is finishing his tenure as the U.S. Ambassador to Russia.

Jon Huntsman, who has also served as the governor of Utah, resigned from his position as U.S. ambassador on August 6. His resignation is effective October 3.

Abby Huntsman said on “The View” that visiting her father made her feel “grateful” to be an American. “Boy am I lucky,” she said. “Boy aren’t we lucky.”