5 Early Signs You’re Not Compatible With Your Partner, So Pay Close Attention

As the old saying goes, opposites attract. That maxim stems from the idea that you’re attracted to someone who’s different from you because they add a little spice to your life and bring something new to the table. Practically speaking, you can learn a lot (and become a better human being all-around) by dating someone whose background and beliefs don’t look like yours. But are some differences too big to overcome? Early signs you’re not compatible with your partner can come in many forms. Incompatibility can look like butting heads about big things, like values and goals, or it can look like frequent disagreements about the little things, like how you make the bed or when you schedule date night.

When it comes to relationship incompatibility, love coach Susan Winter previously told Elite Daily it’s a matter of "potential" versus "actualization." That’s to say, when you first start dating or seeing someone, you take that leap of faith based on your partner’s potential. Actually making it work is matter of actualization. "Establishing a viable connection is step one in the process. Focusing on one partner is the second part, which reveals whether they have the needed skill set for partnership," Winter said.

Whether you’ve had problems since day one, or they’ve just cropped up post-honeymoon phase, here are five early signs you and your partner aren’t compatible, and what you can do about them. 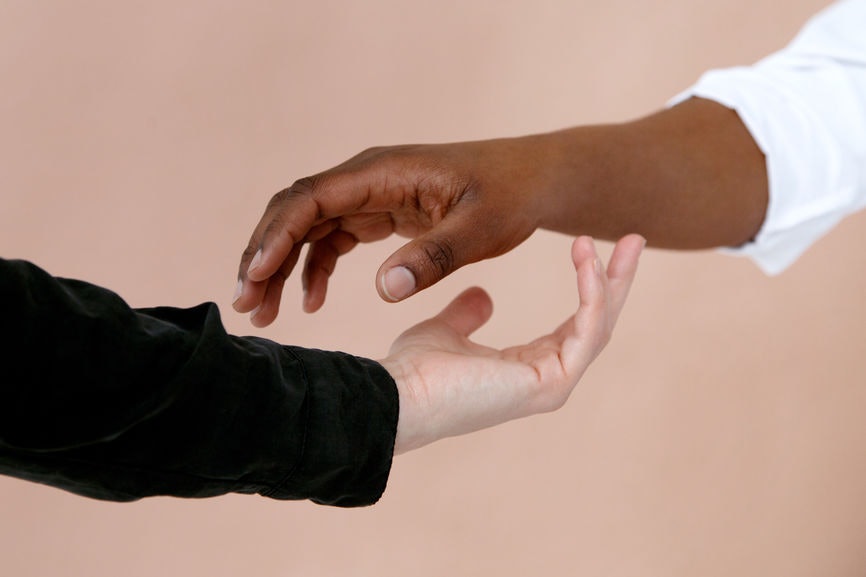 Dating coach Miku, who runs relationship coaching service Love Notes by M, says that if "one partner is more invested in the relationship than the other," it might be a sign of incompatibility. Do you find yourself putting 110% into getting date nights and holiday plans together, whereas your partner can barely remember your anniversary? Or, do you feel like bae goes all in for your birthday and Valentine’s Day, while you don’t feel super compelled to do the same? Take note.

This imbalance may have even come into play in the very early stages of your relationship. "If your date cancels plans early on, doesn’t return text messages, or keeps showing up late, it’s not going to be better later on. This is a behavioral trait that shows lack of respect," Winter told Elite Daily. "If your date doesn’t make you feel like a priority early on, it’s not going to get better with time."

2. Your Core Values Don’t Match Up.

Another sign you and your partner might be incompatible is if "your core values heavily contrast," Miku says, like your "views on monogamy [versus] non-monogamy, marriage, children, religion, and finances." Sometimes, agreeing to disagree, especially on politics and religion, can work just fine for some couples.

But if you find that you’re constantly arguing about the upcoming election or how you two live out your faith, you might want to re-consider your partnership. Likewise, if your partner wants to be in an open relationship when you’re all about monogamy, or they’re recklessly spending on your dime, or they just aren’t as into the same priorities as you, it might be time to have some hard conversations.

One partner having a higher sex drive than the other is a fairly common occurrence, simply because of the fact that most people’s libidos ebb and flow over time. It’s unrealistic to expect that you and your partner will want to have sex the same amount of times, every single time, over the course of your entire relationship.

That being said, if you find you or your partner don’t want to initiate sex very often or at all, that’s worth discussing. More than just a sign of incompatibility, it can also be indicative of something greater at play. Emotional connections to sex, lack of intimacy or loss of trust with a partner, self-image issues, or boredom all can result in a lower interest in sex. 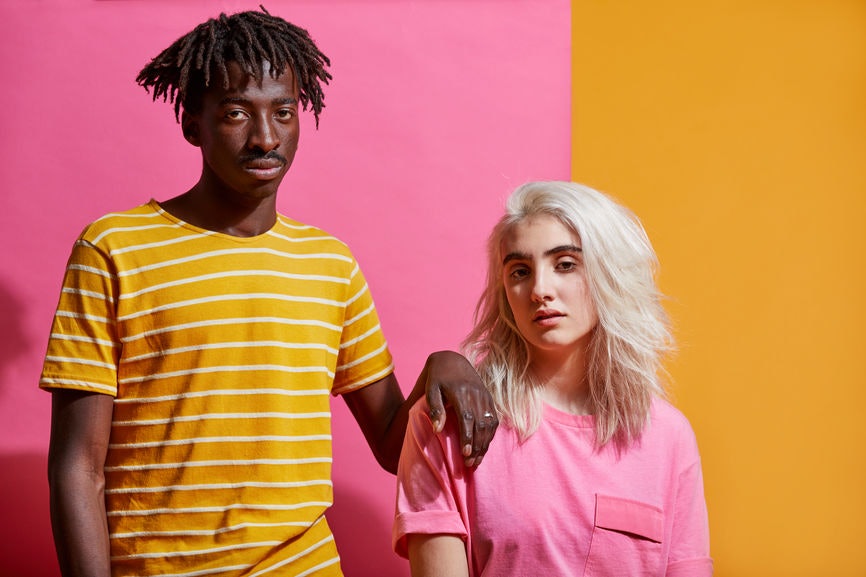 Or, as Miku says, "You and your partner get into arguments with little to no resolve all or most the time." If you’re getting into heated debates about voting rights, in addition to regular fits of bickering that don’t result in any sort of compromise, that can also be a sign of incompatibility.

"If you’re bickering with each other early on, it’s not going to mellow out later. If anything, the bickering augments over time," Winter explained. "And when there’s an emotional investment, peoples’ feelings tend to get hurt far more easily."

This isn’t to say that if your relationship starts on a rocky foot, it’s going to be rocky forever. Resources like couples’ therapy exist to help couples get on the same page, so don’t be afraid to seek out professional help if you’re struggling but still want your relationship to succeed.

5. Your Lives Are Going In Opposite Directions.

If you don’t share a similar enough view of the future, Miku says that, too, may be a sign of incompatibility. Maybe you want to get married and bae doesn’t. Or maybe you want kids and that’s completely off the table for your partner. Whatever the case, if you and your partner can’t get on the same page about important life decisions, you might be better off finding someone who is.

So, Is Your Relationship Doomed?

No, not necessarily. You can work around some of these points of incompatibility. "Compromise is essential in making a relationship work," Miku says. "However, when it comes to things that require the other person to compromise an essential part of their identity or what they want in their future, this is when incompatibilities can get in the way of a relationship working out."

So, for example, maybe you and your partner can open up a dialogue about how to match your sex drives or how to better manage money, but there may be some things you just can’t meet in the middle on. As Miku points out, "One of the biggest dealbreakers in relationships is wanting or not wanting children. There really is no way around compromising this situation, because ultimately, one of the individual’s desires will have to be disregarded in making this decision."

It’s All About Communication And Motivation. 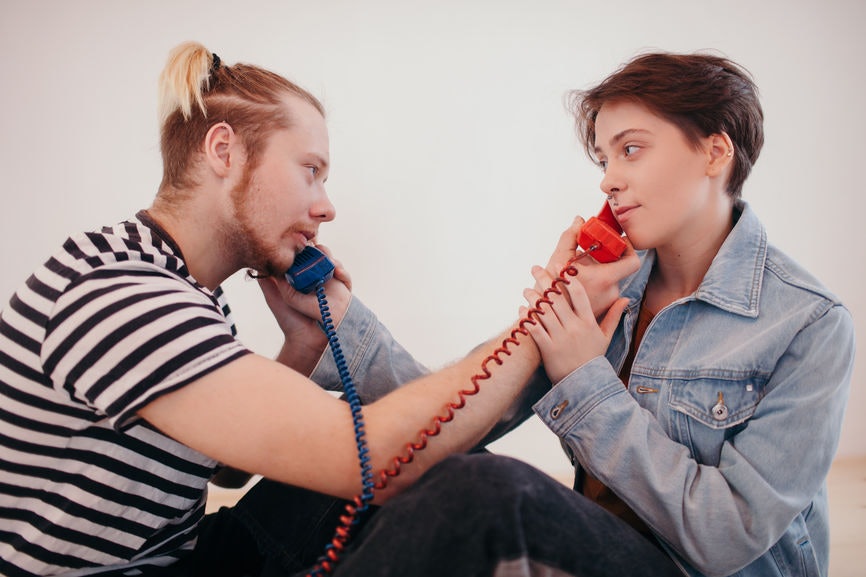 Going back to the idea of potential versus actualization, ask yourself if you think your partner has the skill set needed to work on the relationship. Even if you feel like they lack the "toolset" for the relationship, Winter explained, there’s still a chance you can work past your issues. "You can help them by sharing your concerns and expressing your feelings. If they’re motivated to be your partner, they will work to make sure they accomplish that goal," Winter said.

One solid way to go about reaching a resolution is couples’ therapy. If you really do see yourself with your partner long-term — not just for the moment — then this is an option worth exploring. "I would say that it is best suited for individuals who are considering building a future together, but have experienced challenges that seem to prevent the couple from moving forward in that direction," Miku says.

As is the case with relationships, both parties have to want to be there. Despite your differences, if you and your partner want to make it work, it is possible. It just might take a little conversation, a lot of compassion, and practice.