One of the highlights of using Hinge, without a doubt, is the prompts. Not only do they allow you to learn interesting details about your matches while sharing some about yourself, but they serve as the perfect conversation starters, too. If there’s one underrated prompt worth answering, it’s this: "A random fact I love is." And you’re in luck, because I’ve rounded up a slew of random facts for your Hinge profile that’ll make you stand out.

The key to attracting more matches and sparking up more convos is obviously to build a profile that’s creative and eye-catching — and this particular prompt offers the opportunity to achieve just that by peppering in some funny, random facts. You know, the kind of info that will make that cutie scoping out your profile stop scrolling.

Fortunately, the Internet is brimming with all kinds of weird and fascinating tidbits about everything from animals and etymology to the royals and food. For example, did you know that the reason otters hold hands is to avoid floating away from their partner while they’re sleeping? Or the fact that high heels were originally worn by men?

I’ve got plenty of more winning Hinge prompt answers where that came from. Read on to find the perfect factoid that’ll wow your prospects — or at the very least, make them LOL.

Cows have regional accents when they moo. 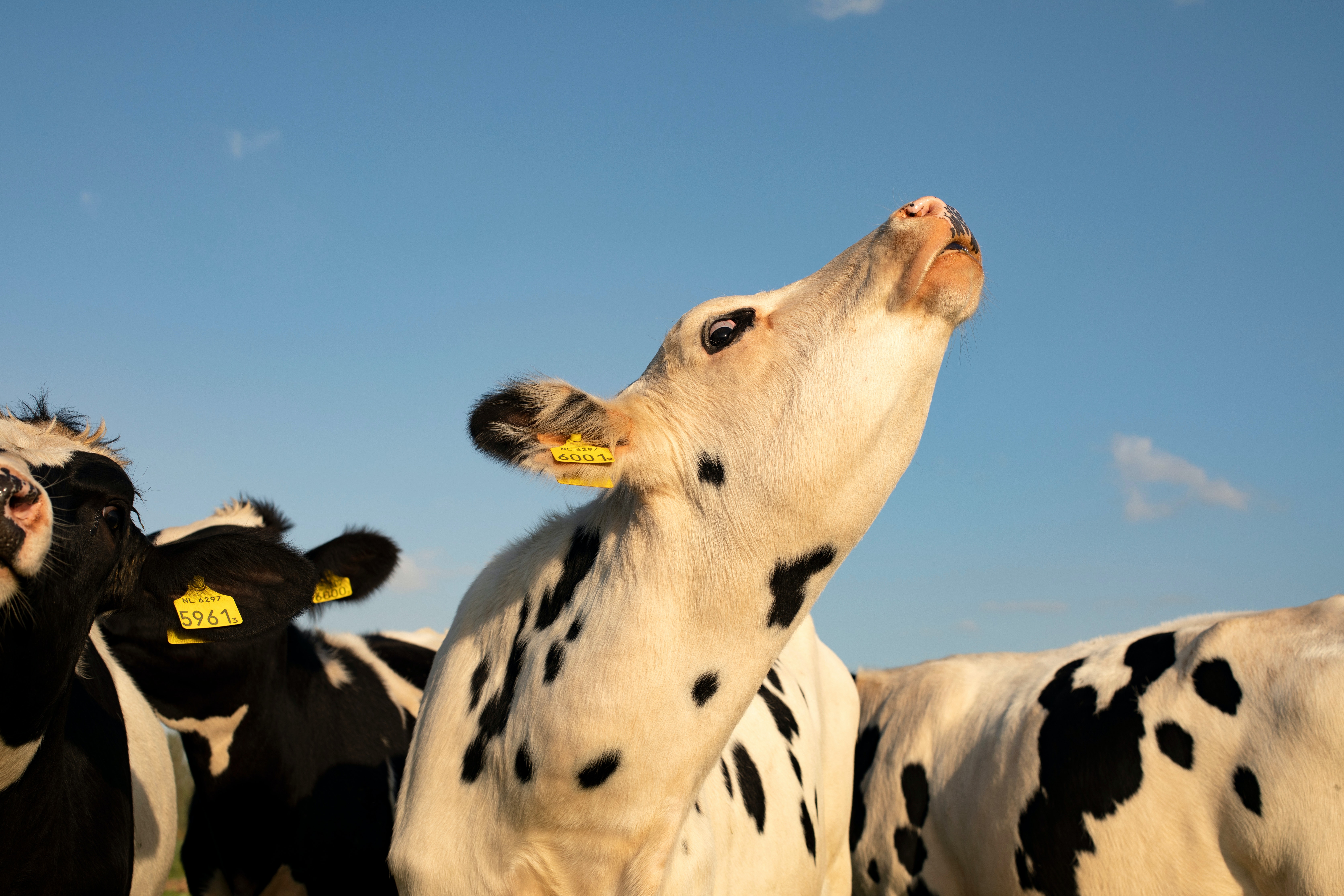 Think all cows’ moos sound the same? Think again. Researchers have found that they actually have distinct accents that are characteristic of their herd’s region.

Queen Elizabeth wasn’t allowed to sit on the Iron Throne.

When Queen Elizabeth visited the Game of Thrones set in Northern Ireland in 2014, she had to refuse the chance to sit on Westeros’ most coveted seat. According to the showrunner, this is because British monarchs are forbidden from sitting on foreign thrones.

The hashtag symbol is technically called an octothorpe.

The "octo-" prefix refers to the eight points on the symbol, according to The Merriam-Webster dictionary. But it just doesn’t have the same ring as "hashtag," does it?

Cats can be allergic to people.

While it’s pretty rare, some felines can actually be allergic to humans, according to Popular Science. If you notice a furry friend sneezing, though, it’s more likely to be due to the fragrance or soap you use, since humans don’t shed as much dead skin and hair.

As it turns out, this popular acronym has been around for more than 100 years. In 1917, British Navy Admiral John Arbuthnot Fisher wrote a letter to Winston Churchill about rumors of the new titles that might soon be put into use.

What else is there to say except OMG? 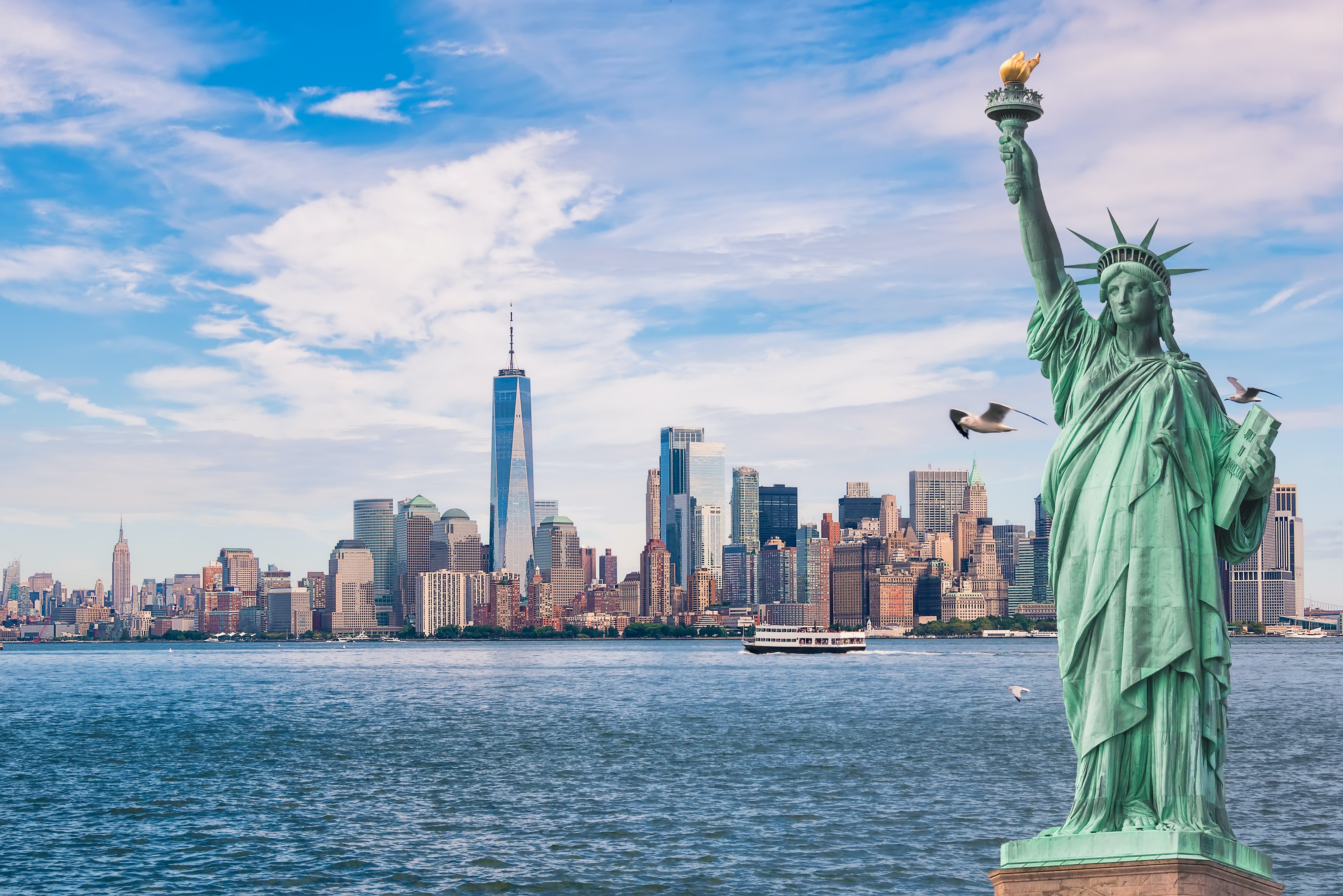 You may know Manhattan as the Big Apple, but it was originally referred to as New Orange. According to The History Channel, the Dutch named the city New Orange — after William III of Orange — once they captured it from the English in 1673. However, just a year later when the English regained control of the city, they got rid of that name.

You can hear a blue whale’s heartbeat from 2 miles away.

Not only do blue whales have the largest heart of any animal (it weighs in at nearly 400 pounds), but their heartbeat can also be heard from over 2 miles away.

Dolphins have names for one another.

As if dolphins weren’t cute enough — according to National Geographic, dolphins have specific, unique whistles they use to distinguish which member of their pod they’re communicating with.

Women are naturally better at tasting wine than men.

Research has confirmed that women are superior wine tasters — one 2014 study showed women to be better at pin-pointing a more diverse range of scents in wine (which is a key component of tasting), and a 2018 study revealed that women are also more discerning and better at identifying the differences between wines.

If you need me, I’ll be over here sniffing, swirling, and sipping like a pro.

Scotland has 421 words for snow.

No, that’s not a typo. The Scots really have hundreds of words just for snow — for example, "flinkdrinkin" refers to a light snow, while "skelf" describes a large snowflake and "spitters" are small drops of wind-driven flakes.

The Spotify track with the most streams in a day is "All I Want For Christmas Is You." 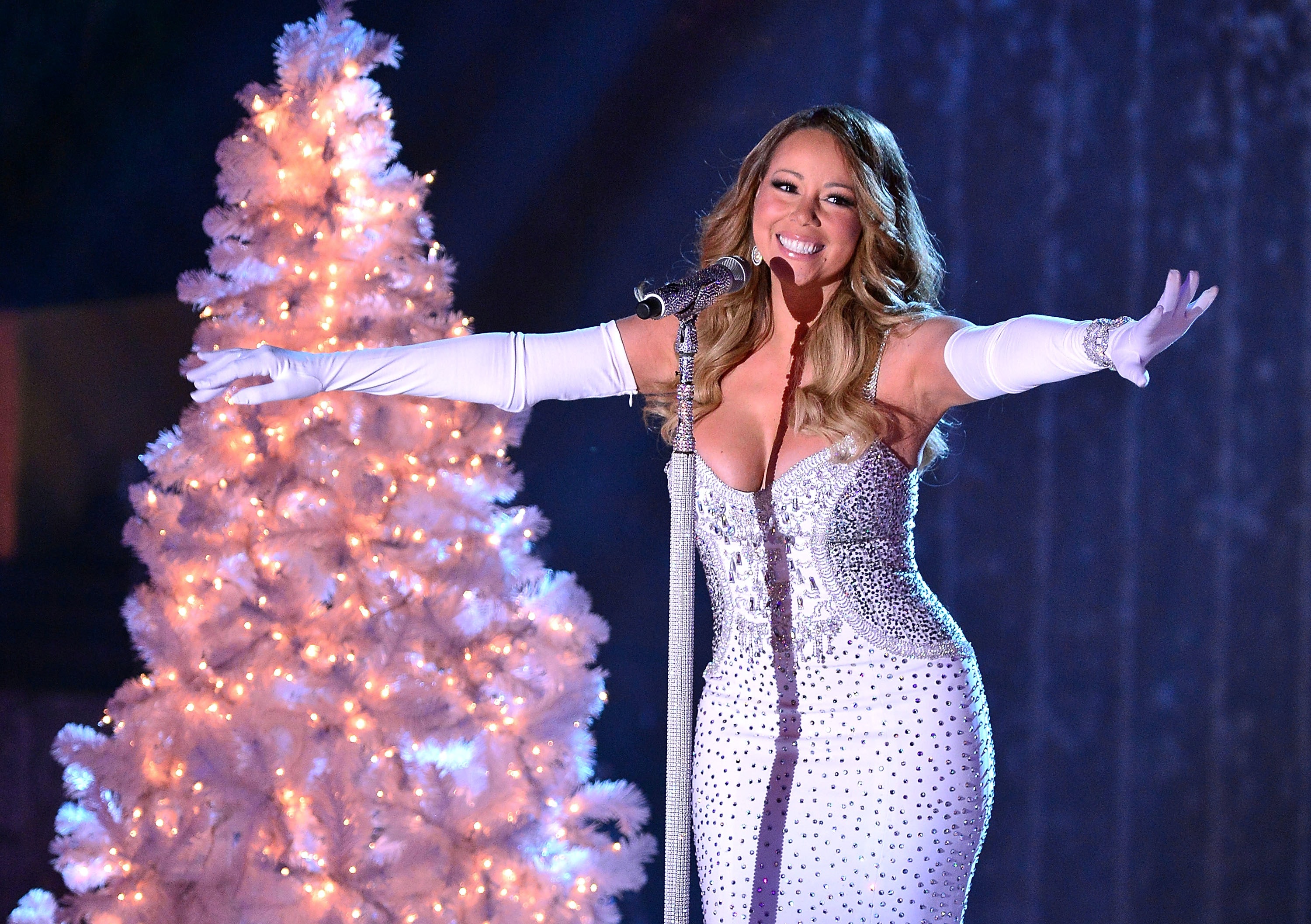 This might come as no surprise, but Mariah Carey’s classic Christmas jam set the Guinness World Record in 2019 for the most-streamed track on Spotify in 24 hours. That’s pretty amazing, considering that the song came out in 1994 — more than two decades ago.

The longest English word would take three and a half hours to say out loud.

If you thought "supercalifragilisticexpialidocious" was long, consider this: the full, technical name of the protein commonly known as "titin" (which helps keep our muscles elastic) is 189,819 letters long. That’s honestly too long to type here.

You can tell the temperature by counting crickets chirps.

Rather than whipping out your phone to read the temperature on a summer afternoon or evening, listen closely to the crickets — because these amazing insects adjust their sounds according to the temperature. According to the Library Of Congress, if you count how many times a cricket chirps in 15 seconds and then add 37, you’ll get a number that’s pretty close to the current temp in degrees Fahrenheit.

"Firenadoes" are a real thing.

If you thought tornadoes are scary on their own, try adding in some flaming hot fire. Often referred to as "firenadoes" or "fire devils," they occur when hot, dry air rises up rapidly from the ground while wildfires are happening. How’s that for terrifying?

A cat once served as an honorary mayor in Alaska.

When you’re unsatisfied with the human candidates, why not vote in a furry politician? That’s just what Alaskans did in 1997: when there weren’t enough eligible candidates up for the role of mayor in Talkeetna, a friendly feline named Stubbs was elected. He served in this honorary position for two whole decades — until he passed away in 2017.

Popsicles were invented by an 11-year-old. Leave it to a kid to invent a delicious summertime treat. In 1905, 11-year-old Frank Epperson accidentally left a cup of soda powder and water outside overnight — and the next day, the mixture had frozen with the stirrer in it serving as the perfect handle. Eventually, Epperson reportedly named it the "popsicle" and patented the recipe.

Sloths can hold their breath for 40 minutes.

As it turns out, sloths are amazing swimmers — and by slowing their heart rates way down, they can stay under water for a super long time without needing to come up for air.

These eight-limbed mollusks have two hearts that are dedicated to just their gills, and one heart that pumps blood throughout their whole systems. The more you know, eh?

People used to say "prunes" instead of "cheese" when being photographed.

Apparently, a big ol’ grin was perceived as childish and uncool in the 1840s, so a London photographer started telling people to say "prunes" to keep their mouths looking prim — and it caught on. so, yeah, the duck face has been around for more than a century and a half. BTW, Mary-Kate and Ashley Olsen have mastered this trick on the red carpet.

Queen Elizabeth II has a stand-in to ensure the sun won’t get in her eyes. 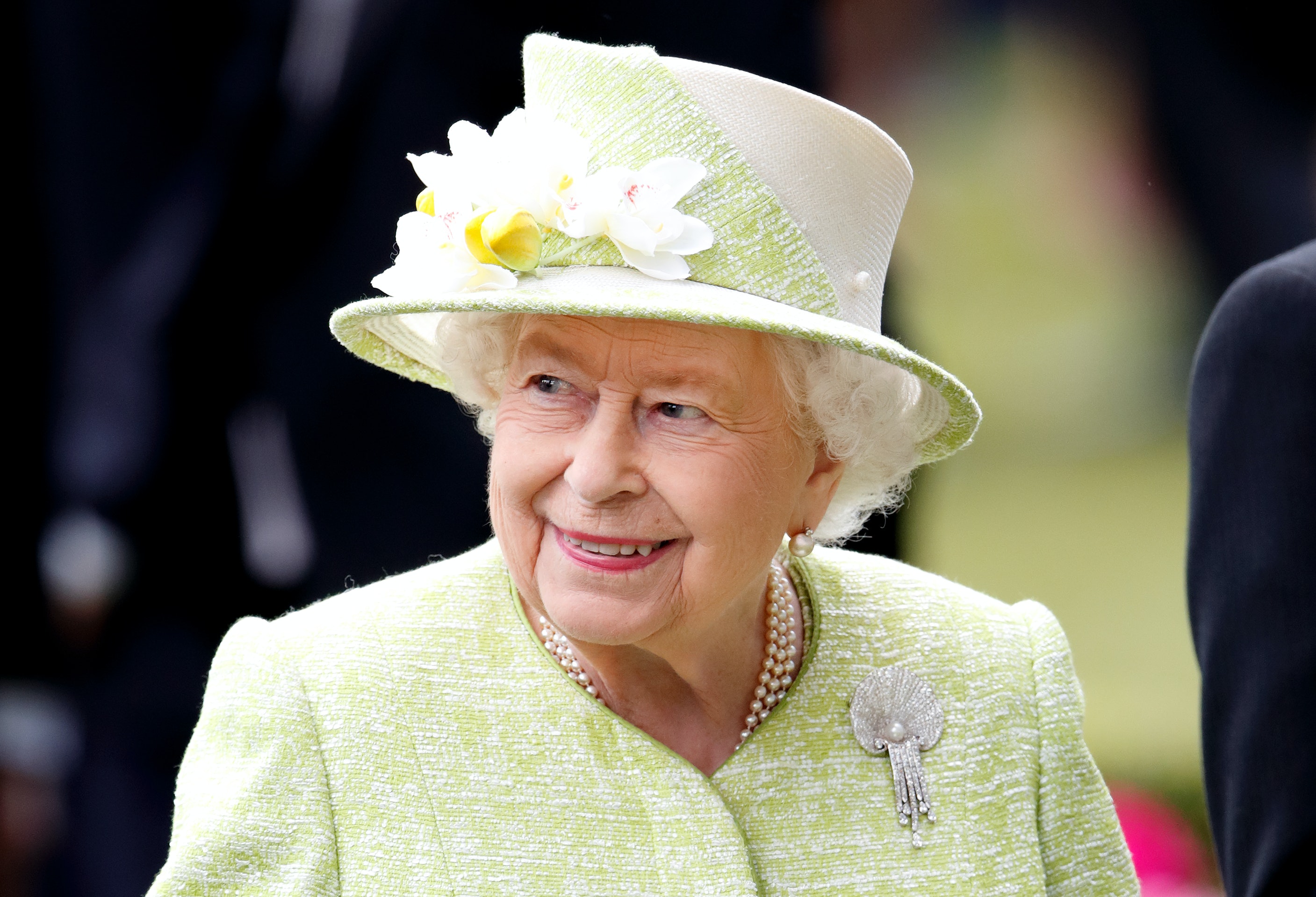 Imagine having a real-life body double? So many of the Queen’s appearances and events have to be rehearsed, and that’s where Ms. Ella Slack comes in. She has a similar stature and height to the queen, so she’ll step in for Her Majesty during run-throughs. While she’s been performing this job for three decades, she isn’t allowed to sit on the throne — so she always has to squat above it.

Corn flakes were invented to suppress your sex drive.

John Harvey Kellogg was a man with some pretty *interesting* beliefs. Not only did he believe that a healthy sex drive was evil (just like bad posture and a fondness for spicy food), but he also thought poor eating habits were at the root of any immoral thoughts. So, he invented what he thought to be the dullest possible food: Corn Flakes. Fortunately, his brother Will stepped in and added some sugar to the recipe. The brothers had something of a falling out, and Will started his own company, which produced and marketed the massively successful cereal.

Yup — contrary to what Phoebe said on Friends, lobsters don’t always live happily ever after for the rest of their lives. In fact, The New York Times reports that male lobsters are pretty promiscuous. While these crustaceans can form a monogamous bond, it typically only lasts for two weeks. That’s when the alpha male tends to move on to the next female. *Rolls eyes.*

Consuming too much nutmeg can get you high.

Please don’t try this at home, kids. But nutmeg — the spice you sprinkle into apple pie and eggnog — contains a compound called myristicin that has hallucinatory qualities when ingested in very large doses. People started smoking and snorting it when they realized this, but unfortunately, doing so comes with some really nasty GI side effects. So, once again, a PSA: don’t abuse nutmeg.