Wonderwall.com is taking a look back at the best and worst performances from the 2021 Grammy Awards — from Billie Eilish and Dua Lipa to Taylor Swift, TK and more — starting with one of our favorites of the evening… Harry Styles opened music’s biggest night with a joyful rendition of his hit “Watermelon Sugar.” The former One Direction singer rocked a leather suit (sans shirt!) and a green feather boa — which he eventually shed, delighting fans in the process! — while grooving out with a full band and two backup singers. Now keep reading for more…

RELATED: The most memorable fashion of Grammys past

Billie Eilish and Finneas delivered a by-the-book rendition of their hit “everything i wanted” that was elevated by their staging: The 19-year-old chart-topper stood atop a black sports car that appeared to be partially submerged in water as her big brother played the keyboards behind her.

RELATED: A guide to the 2021 Grammy nominees’ significant others

It was a major Girl Power moment for Haim during the 2021 Grammy Awards. The trio rocked out to a lively rendition of “The Steps” that saw Este and Alana stomping and headbanging in combat boots and minidresses as Danielle beat the drums behind them.

The Black Pumas pulled off a practically flawless performance of their Grammy-nominated single “Colors.” From Eric Burton’s vocals and impressive dance moves to Adrian Quesada’s guitar shredding, they knocked it out of the park!

DaBaby delivered a version of his hit “Rockstar” that was unlike anything we’ve ever heard before! Accompanied by Roddy Ricch, Anthony Hamilton, a violinist and backup singers clad in choir robes — whom host Trevor Noah hilariously referred to as “DaBaby Boomers” — the rapper pulled off the kind of unexpected performance we can only hope for during the Grammys.

Bad Bunny and Jhay Cortez disappointed with a low-energy rendition of their hit collaboration “Dakiti.” The duo somehow seemed out of sync while bouncing around amid a tunnel of light poles — later revealed to be the shape of an eyeball. Sadly, something seemed missing. Host Trevor Noah said the performance left him feeling like he was back in the club, but we felt like we were exactly where we were … on the sofa in front of the television.

Dua Lipa brought it during the 2021 Grammys! Her performance had everything: a medley of two of our favorite songs (“Levitating” and “Don’t Start Now”), killer dance moves, multiple wardrobe changes (she started in a voluminous long-sleeve ballgown, changed into a dazzling blazer-inspired minidress and then closed out her set in sequined briefs and a matching crop-top) and an assist from collaborator DaBaby, who returned to the stage to rap his verse from “Levitating” while surrounded by pink-clad backup dancers.

Like something out of a dream! Taylor Swift’s vocals were totally on point as she performed an emotional rendition of her ethereal hit single “Cardigan” while reclined in what at first appeared to be grass but was soon revealed to be the mossy roof of a cabin in the woods. She then climbed down to join Jack Antonoff inside the cabin, where they played guitar as she sang her song “August.” After that, they stood in the grass — now sparkling with twinkling lights — to perform “Willow.”

Bruno Mars and Anderson .Paak made their official debut as Silk Sonic during the 2021 Grammy Awards. The new supergroup — accompanied by two backup singers — transported us to the ’70s with a soulful rendition of their groovy debut single “Leave the Door Open.” The Grammy winners sported matching suits with bellbottoms and shades while showing off their enviable dance moves and vocal chops. Later in the show, they performed two of Little Richard’s biggest hits during the Grammys’ “In Memoriam” segment. Bruno showed off his impressive range taking lead vocals on “Long Tall Sally” and “Good Golly, Miss Molly,” while Anderson rocked out on the drums.

Lionel Richie was clearly feeling extremely emotional while honoring his late friend Kenny Rogers during the Grammys’ “In Memoriam” segment. Sadly, that left his vocals lacking during his rendition of his pal’s hit “Lady.”

Brandi Carlile had us in tears while delivering an understated yet beautiful rendition of the late John Prine’s hit “I Remember Everything” during the Grammys’ “In Memoriam” segment.

Brittany Howard closed out the Grammys’ “In Memoriam” segment with a cover of “You’ll Never Walk Alone” from the Rodgers and Hammerstein musical “Carousel.” The performance featured an unexpected guest: Coldplay frontman Chris Martin accompanied the Alabama Shakes frontwoman on piano. His surprise appearance really elevated the number!

Mickey Guyton performed a powerful rendition of her hit “Black Like Me” that featured an unexpected addition: a choir that really took the performance to the next level!

Snooze! Miranda Lambert disappointed during the 2021 Grammy Awards with a downright boring performance of “Bluebird” that featured some awkward dance moves and not especially strong vocals from the country music queen. We loved the flower-adorned platform from which she performed, at least!

Not even an assist from John Mayer on guitar and backing vocals could save Maren Morris’s low-energy rendition of her hit single “The Bones.” (Could you even hear him?) Like fellow country music queen Miranda Lambert, Maren’s vocals were weaker than what we’re used to hearing from her. Overall, it felt like a wasted opportunity. 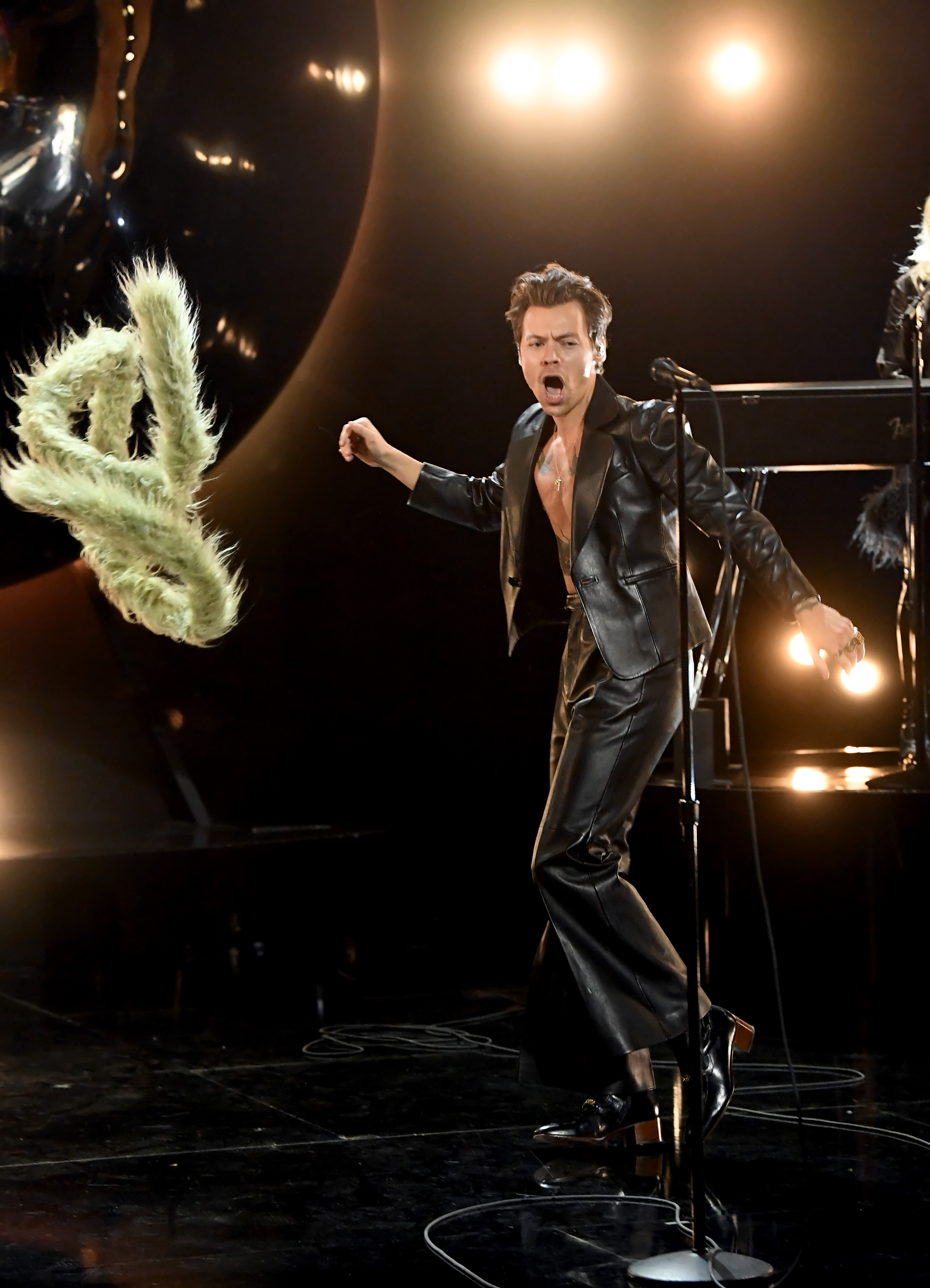 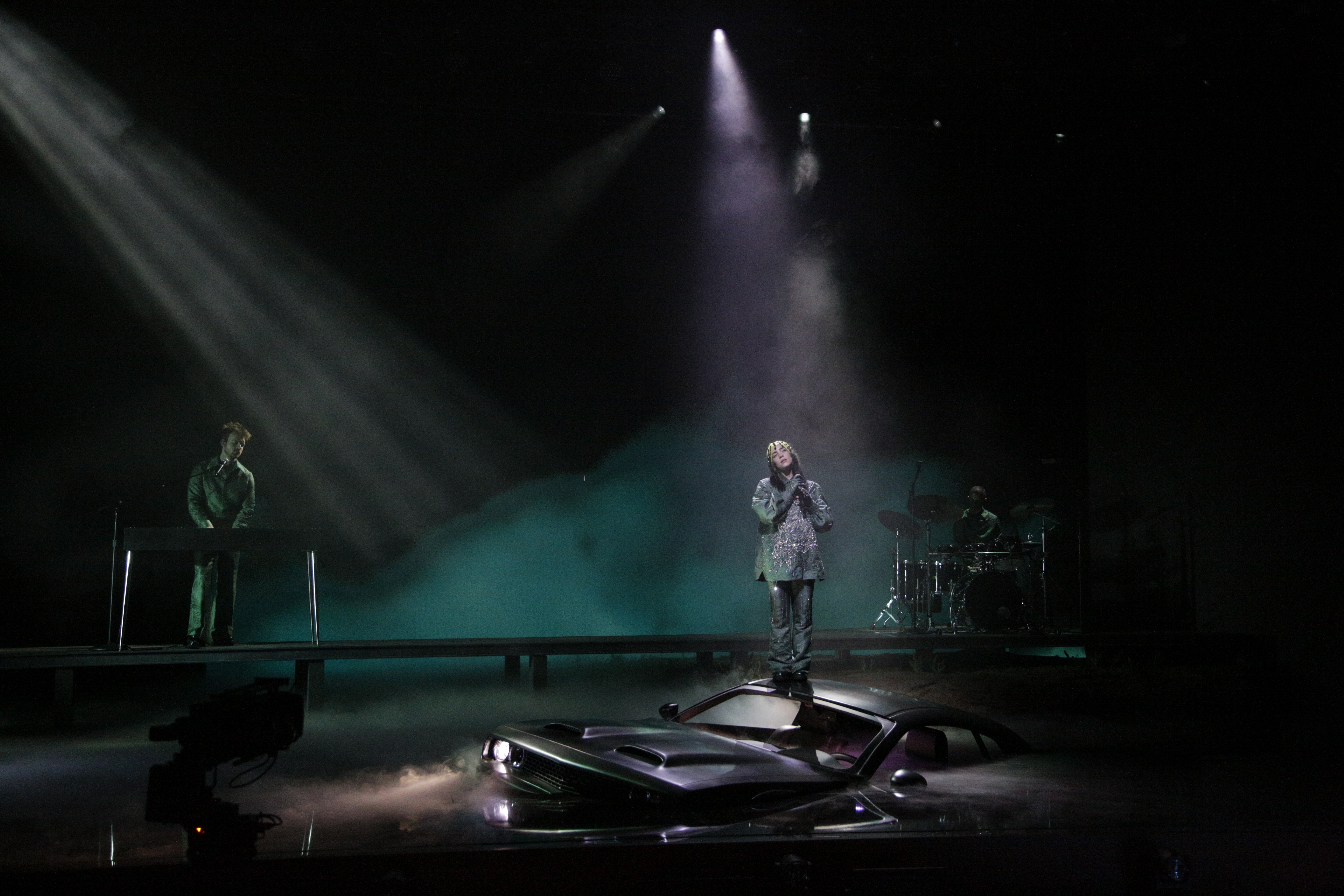 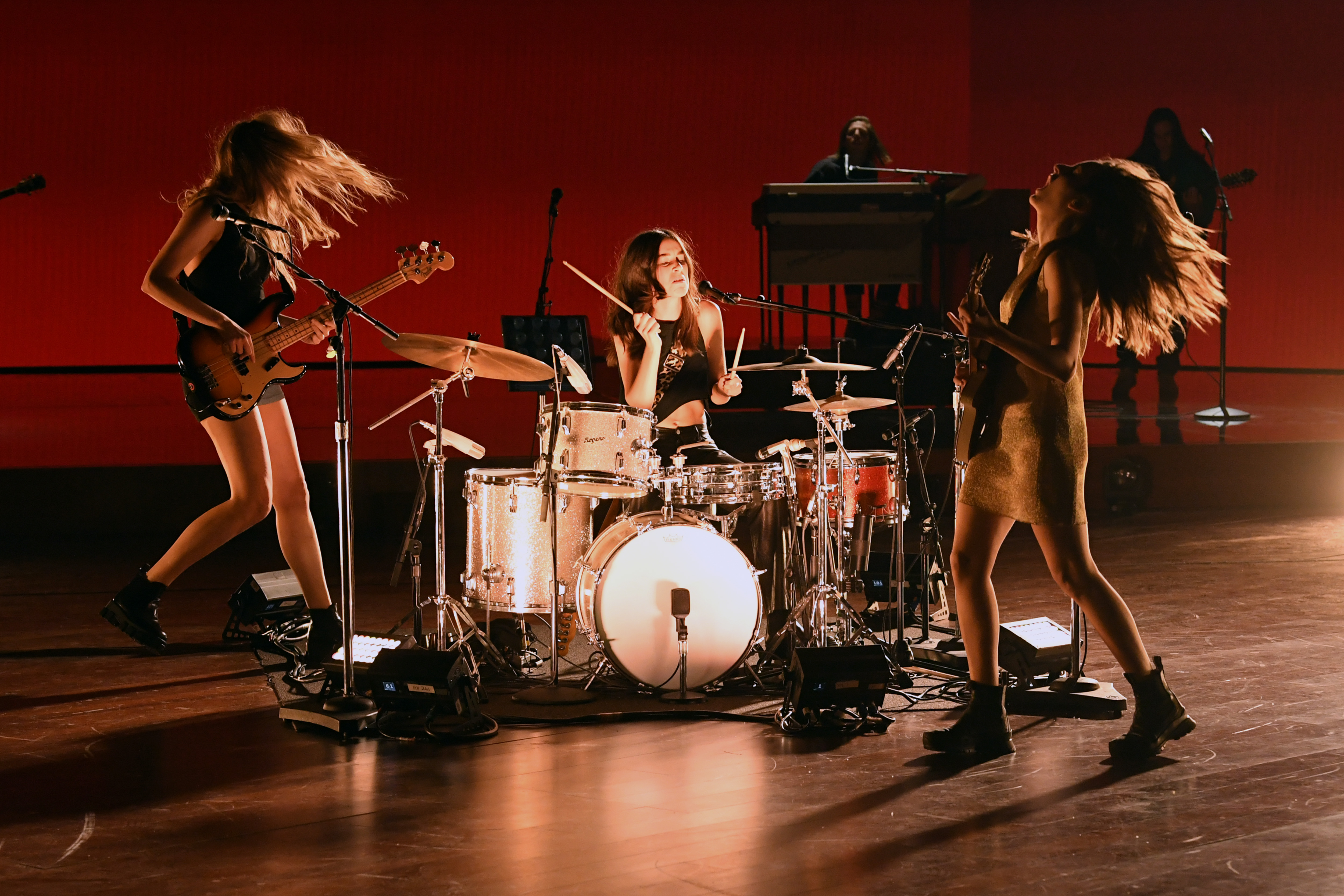 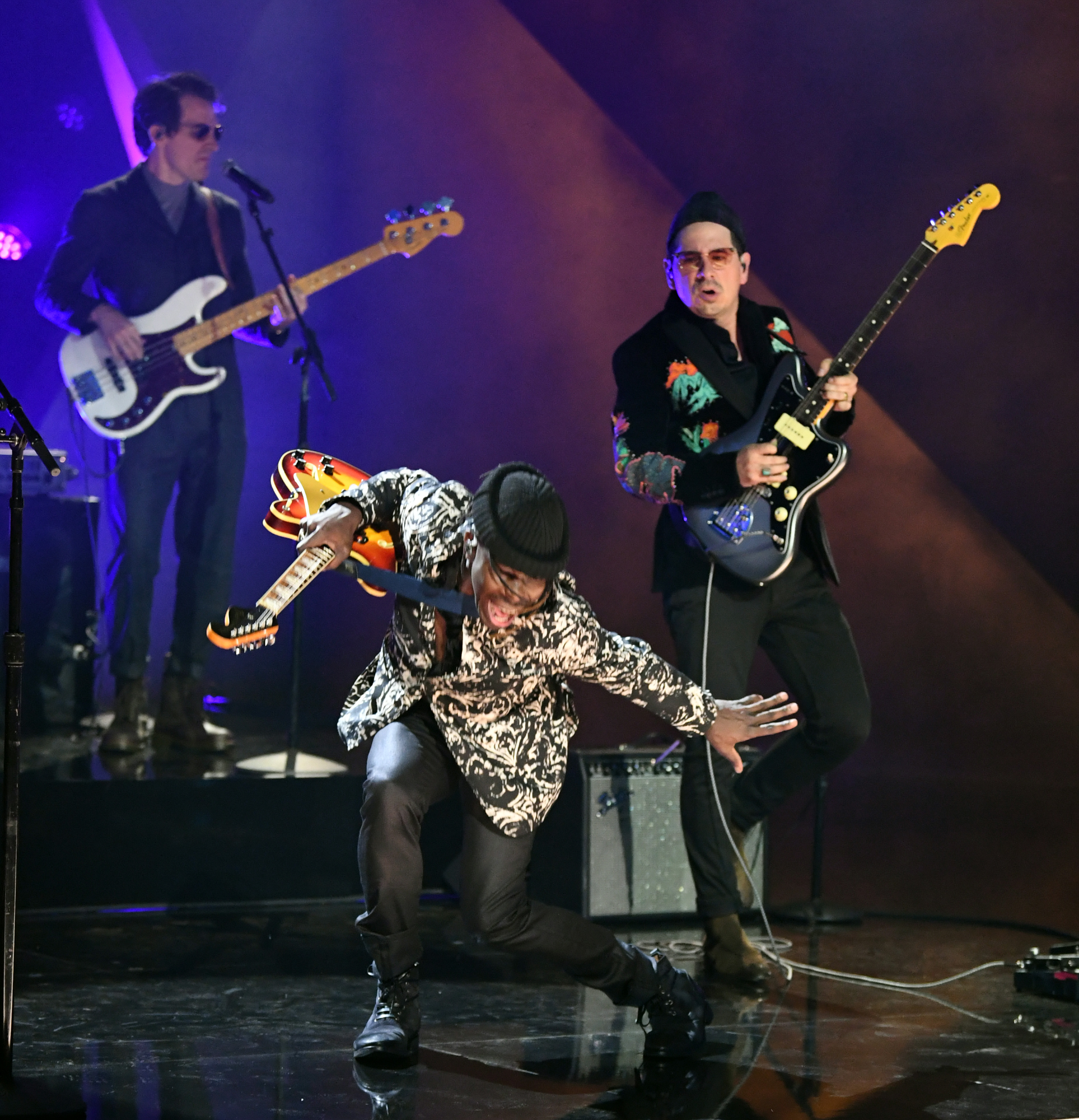 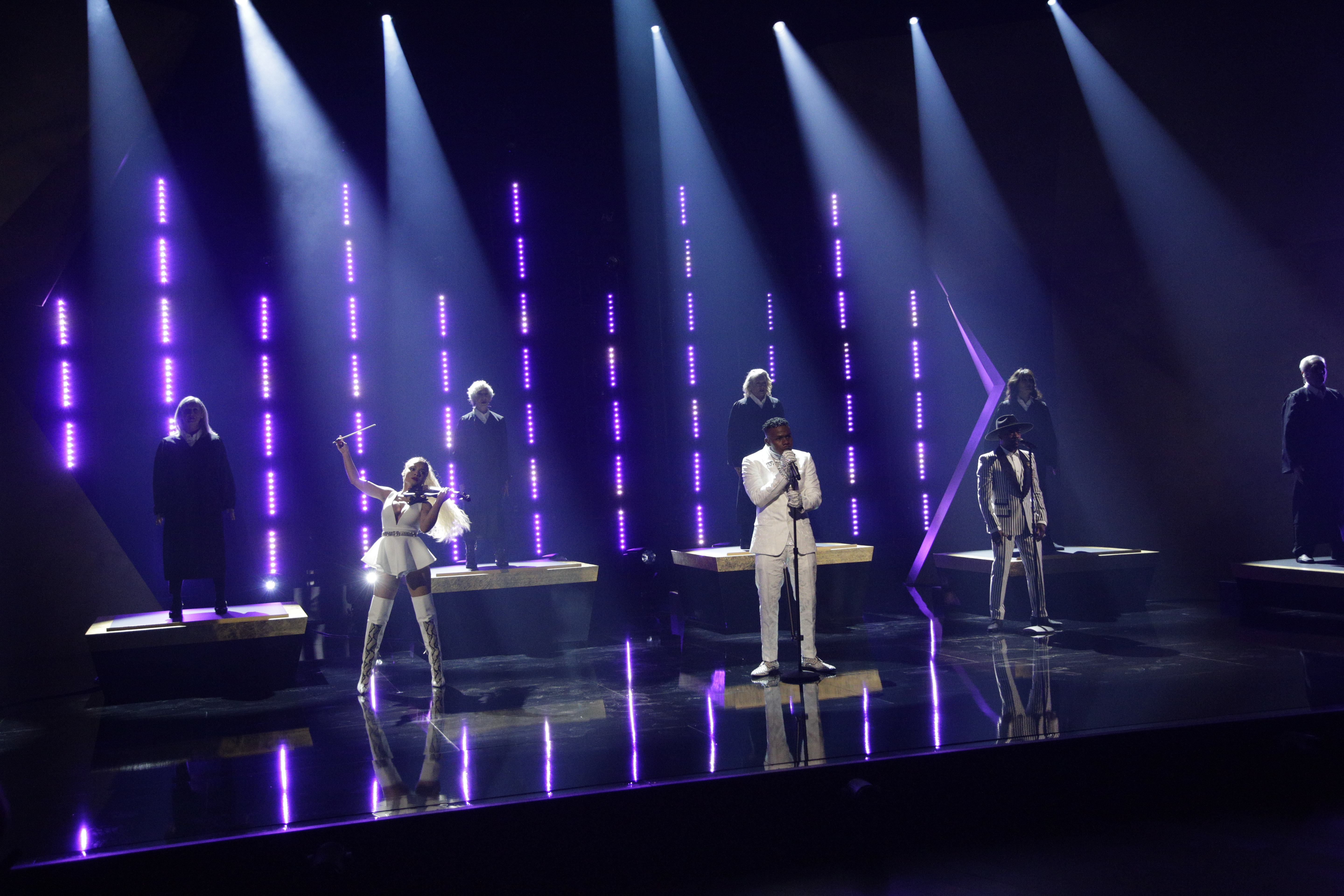 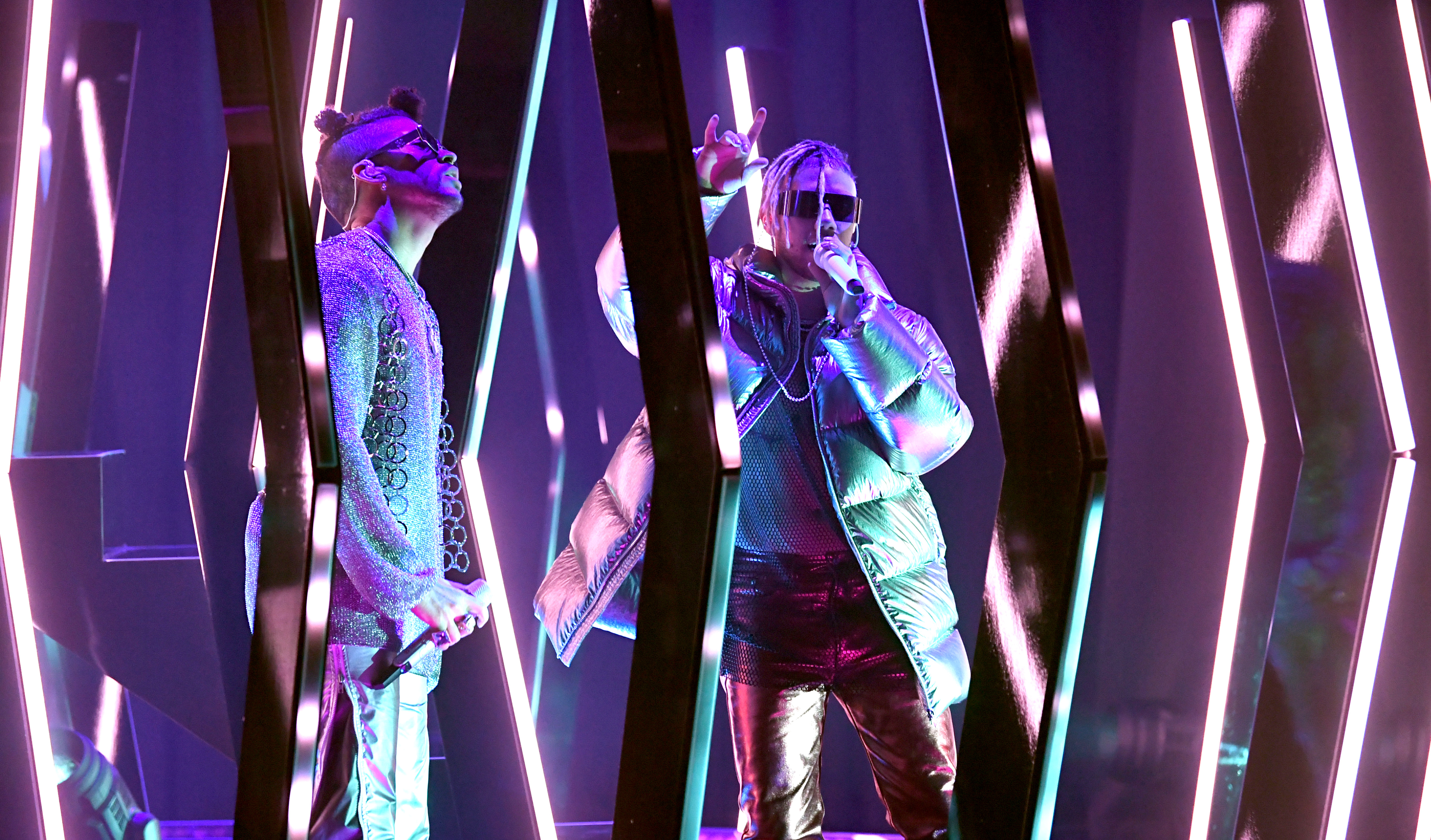 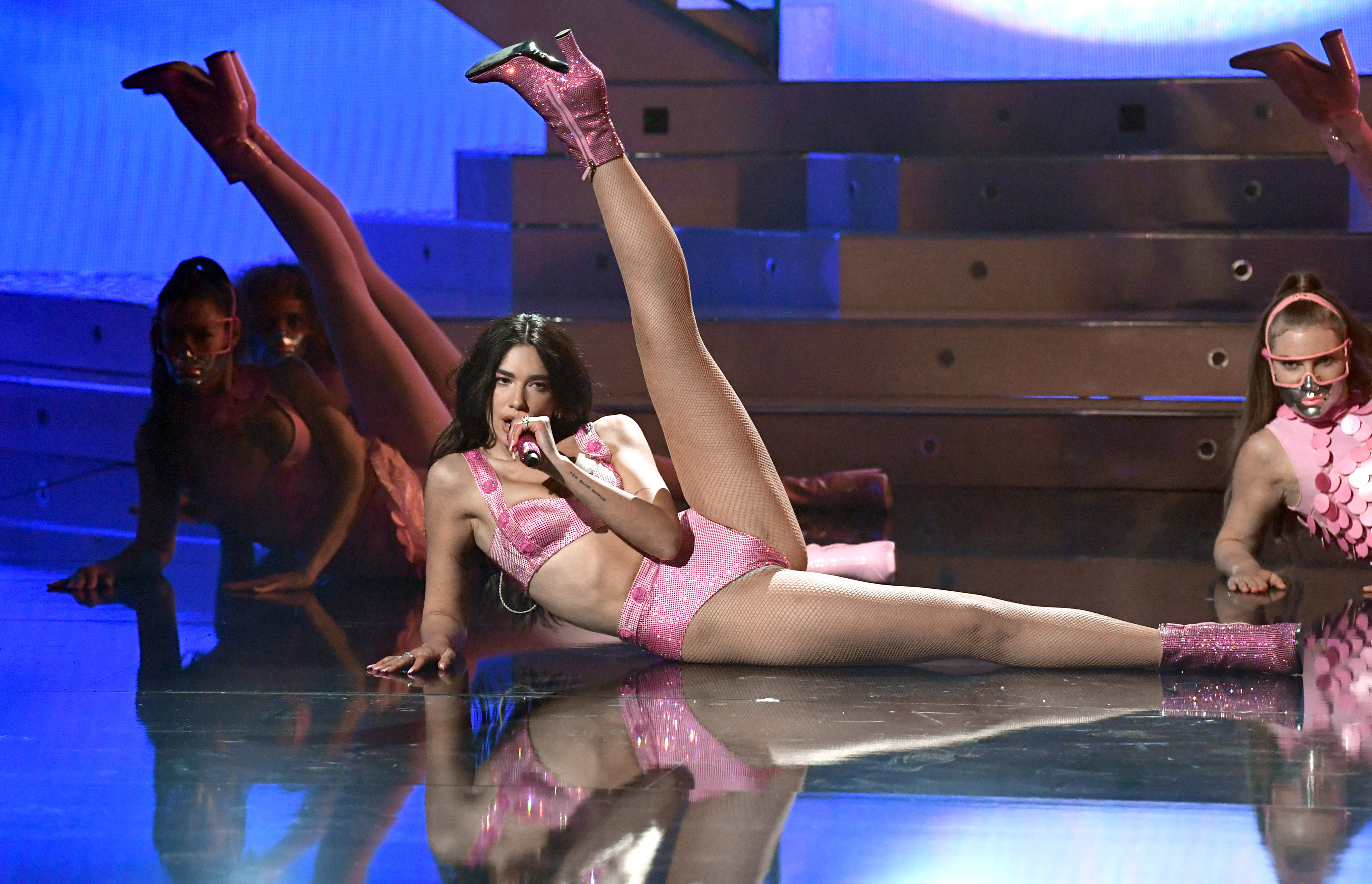 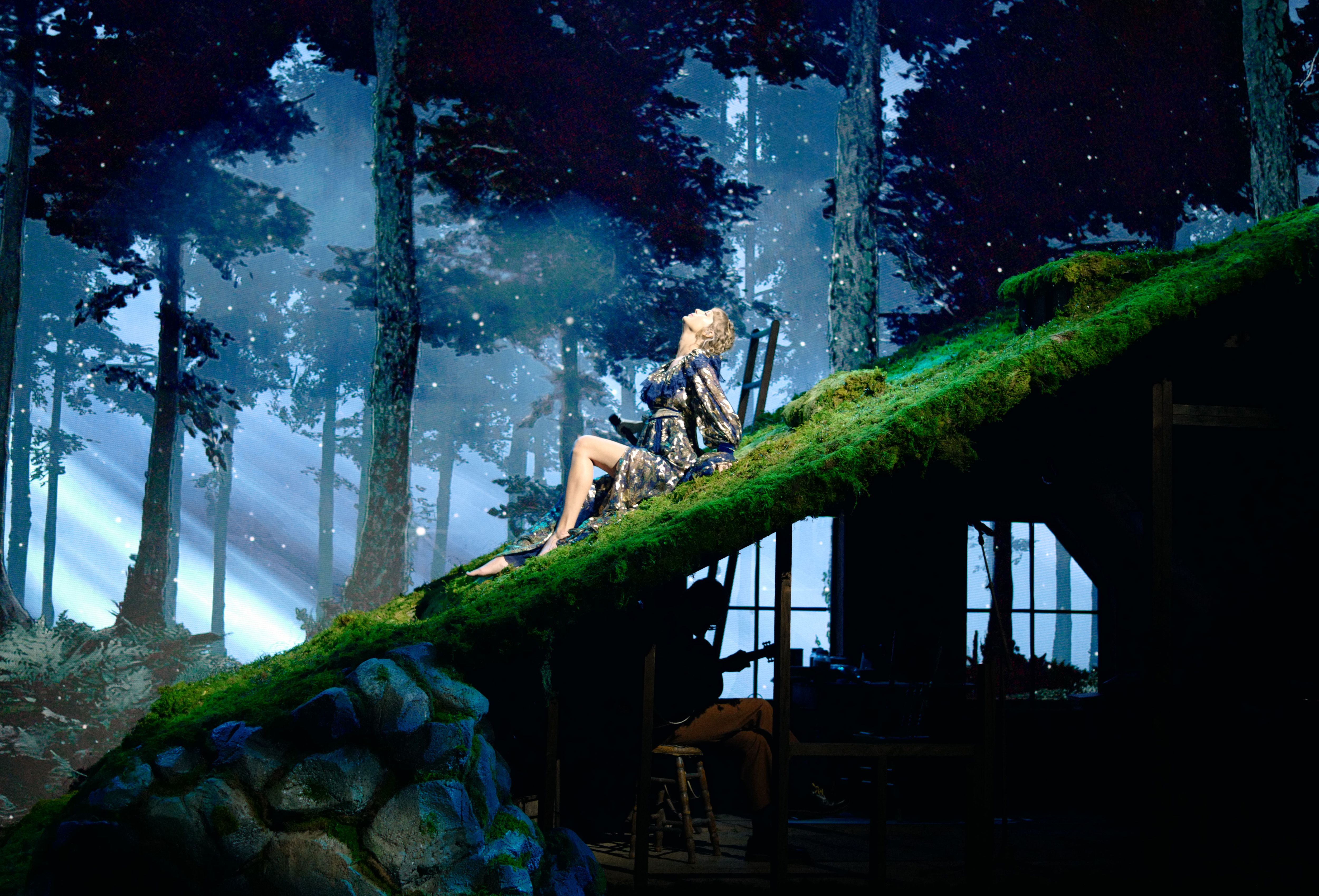 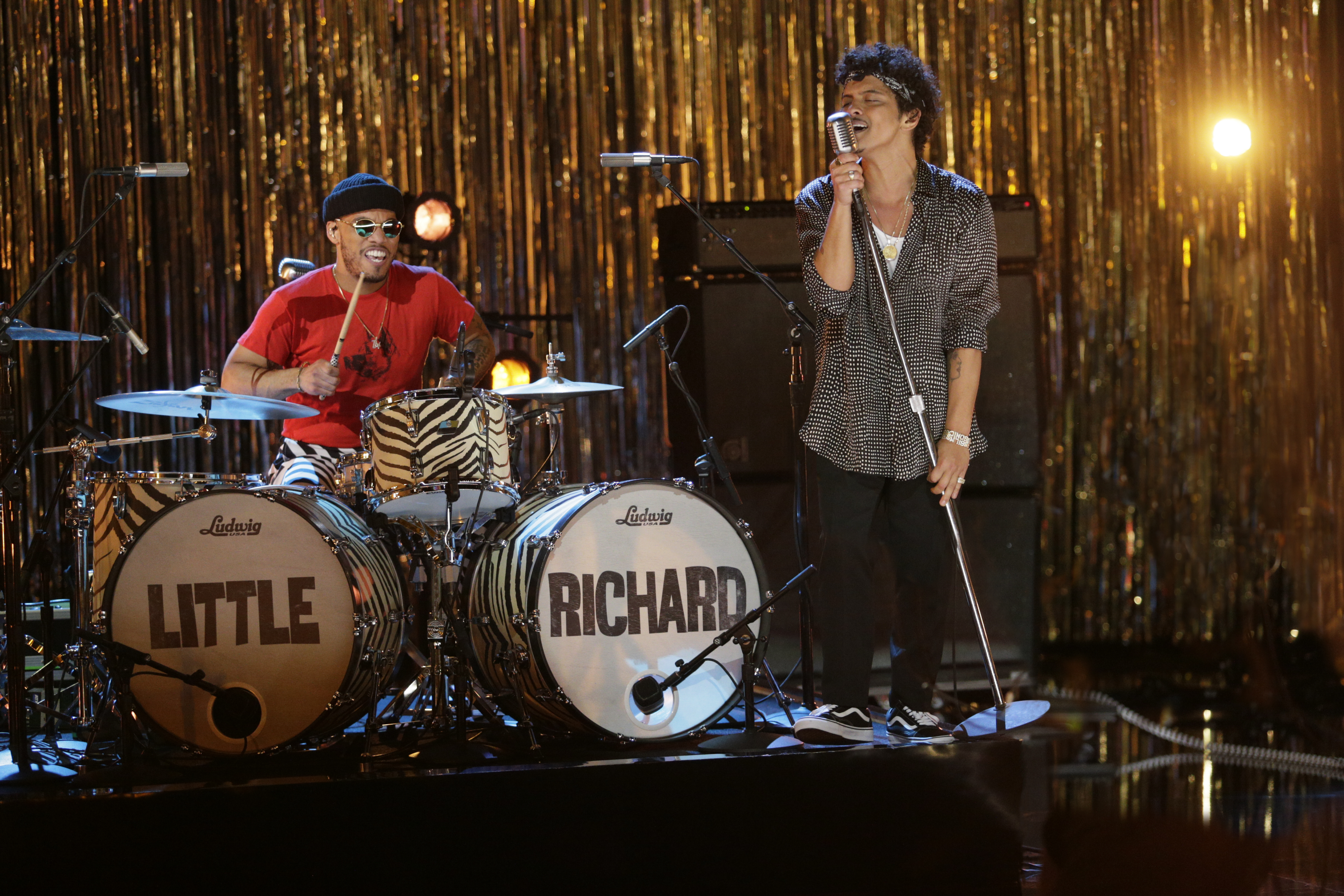 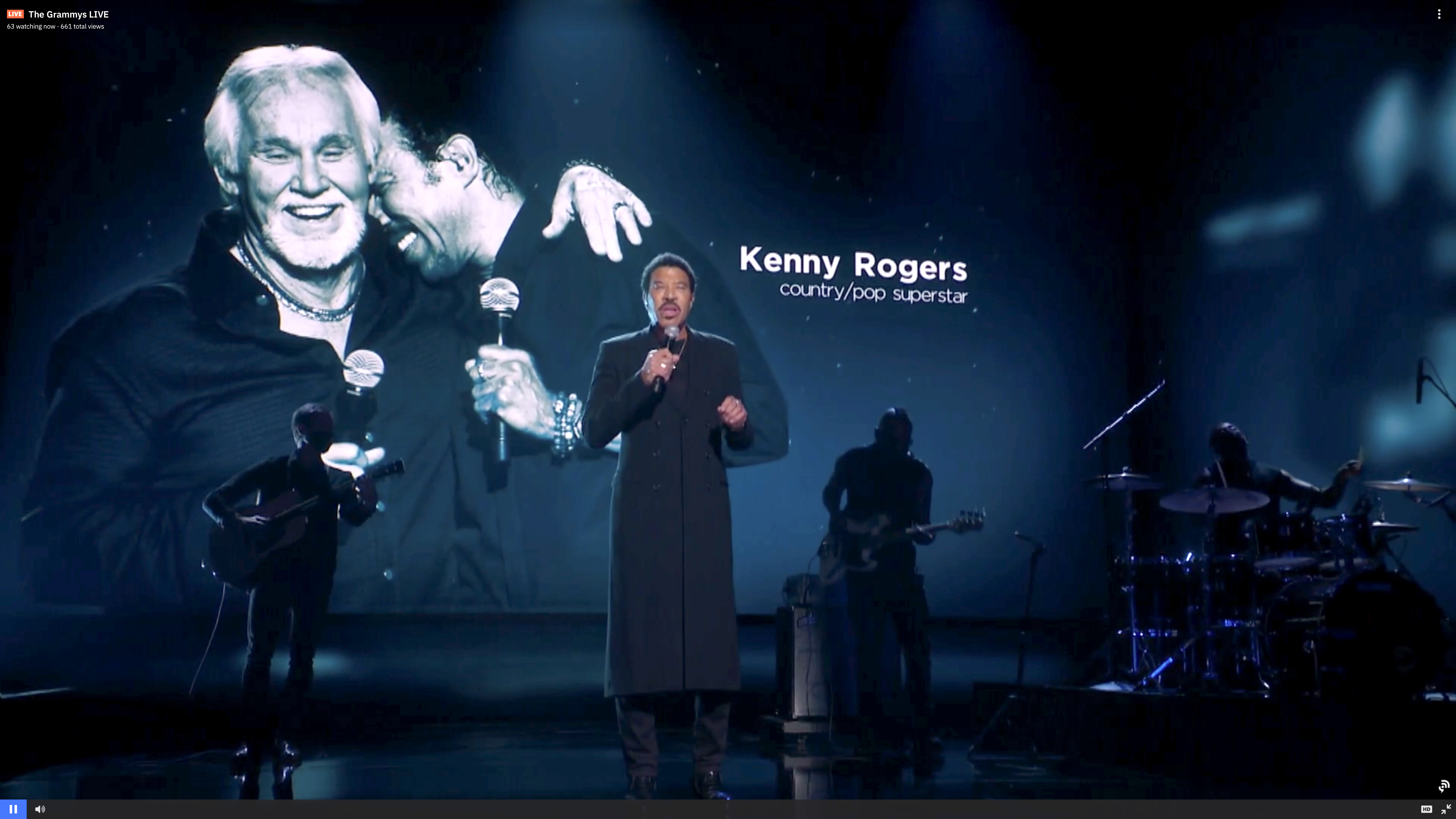 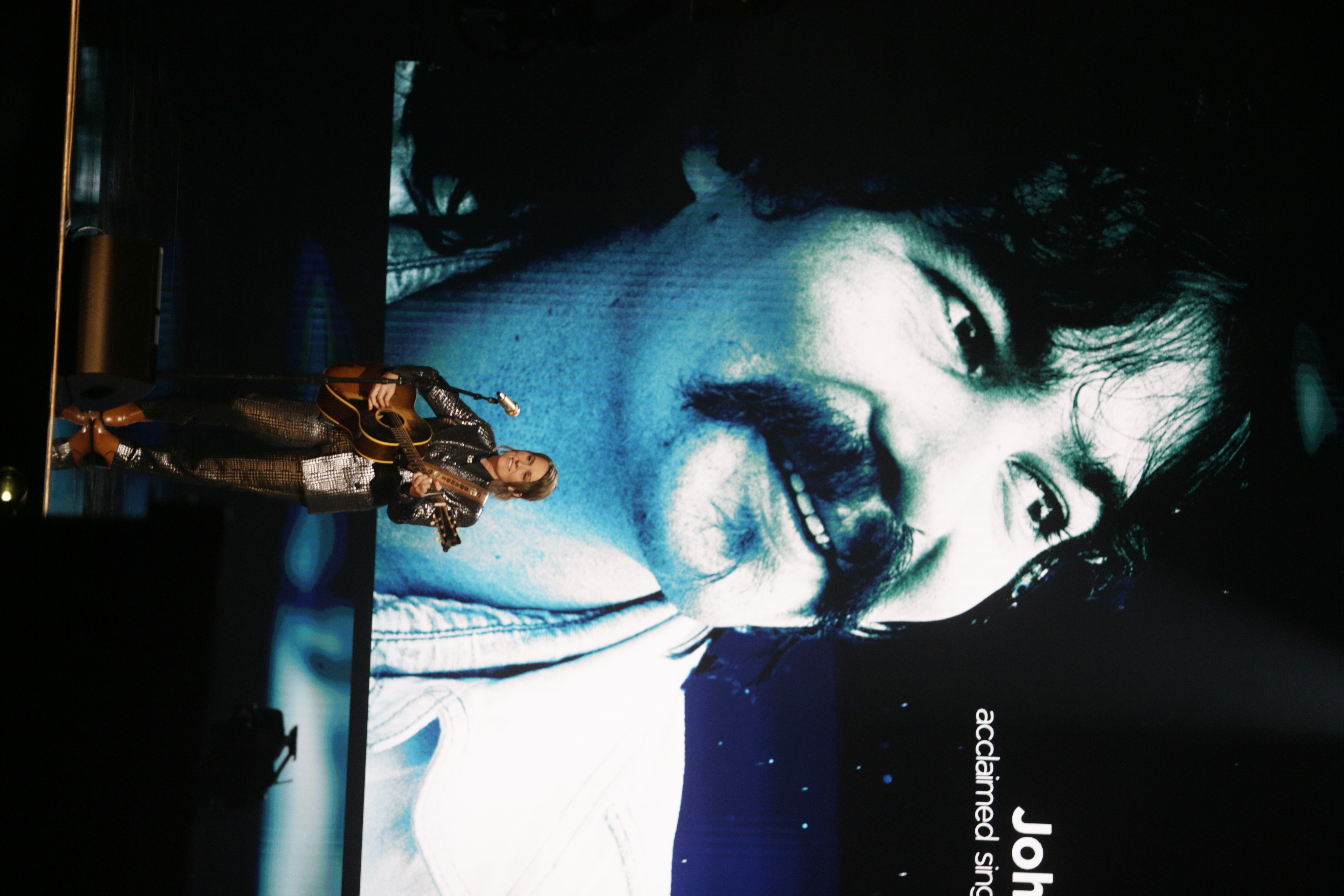 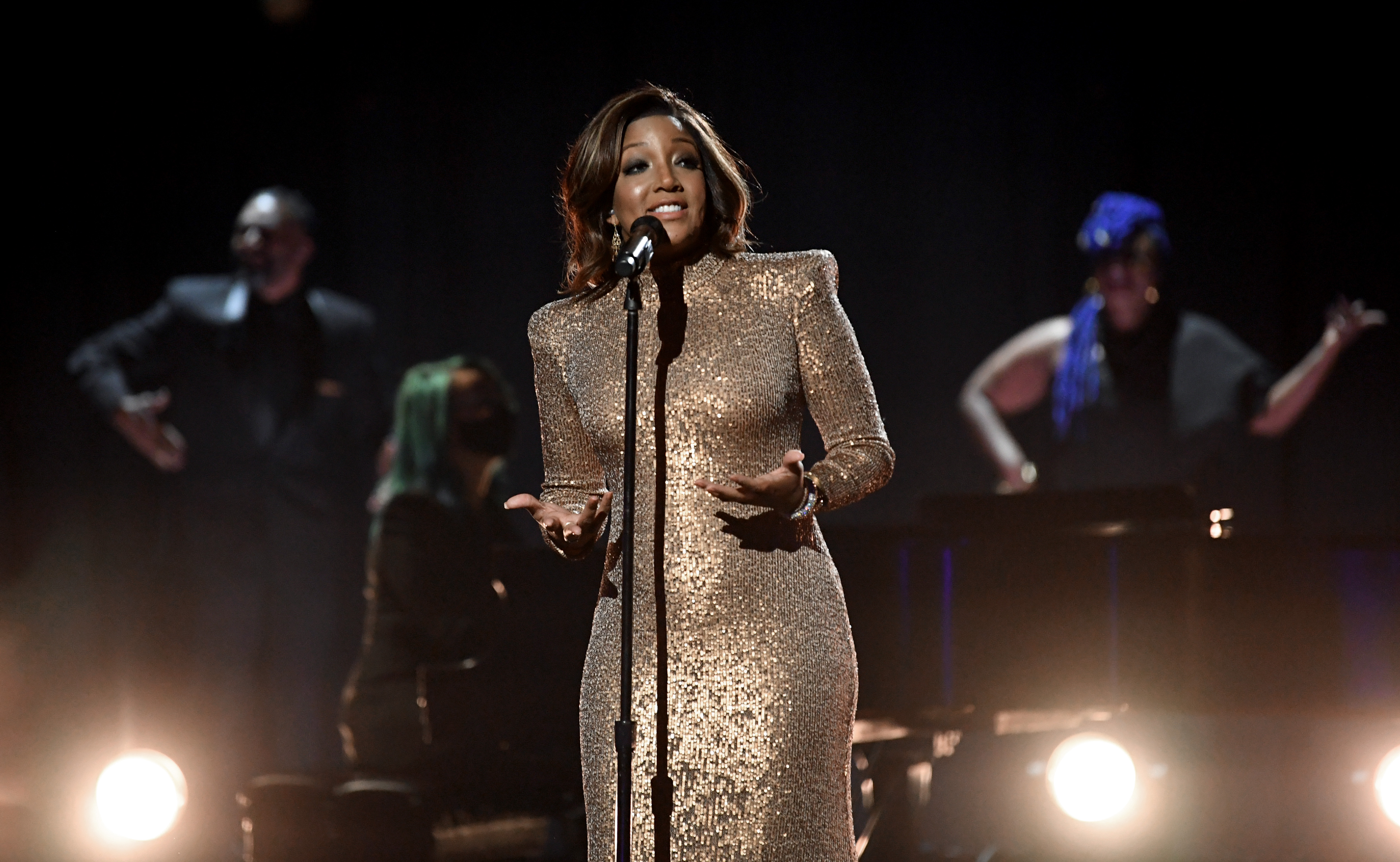 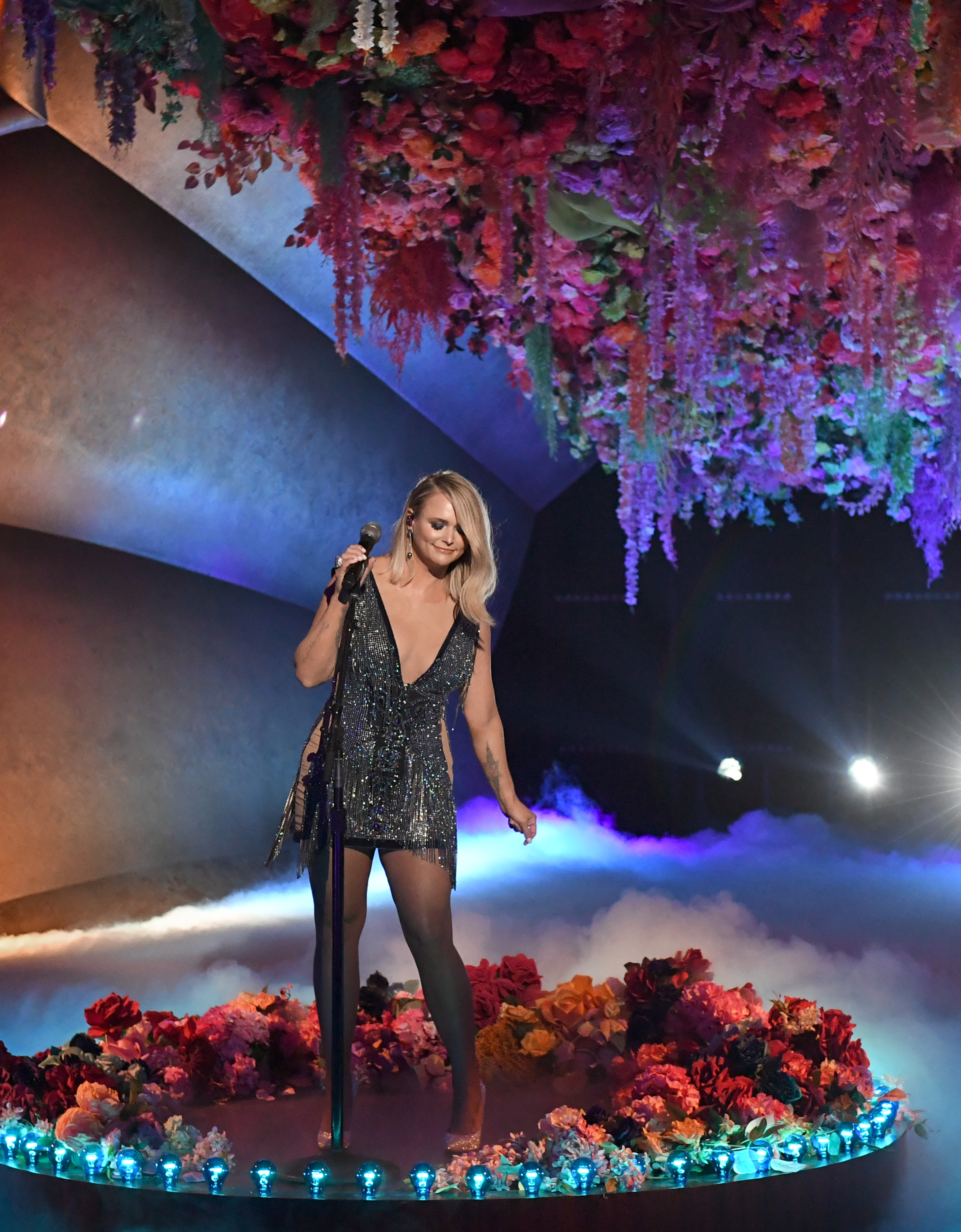 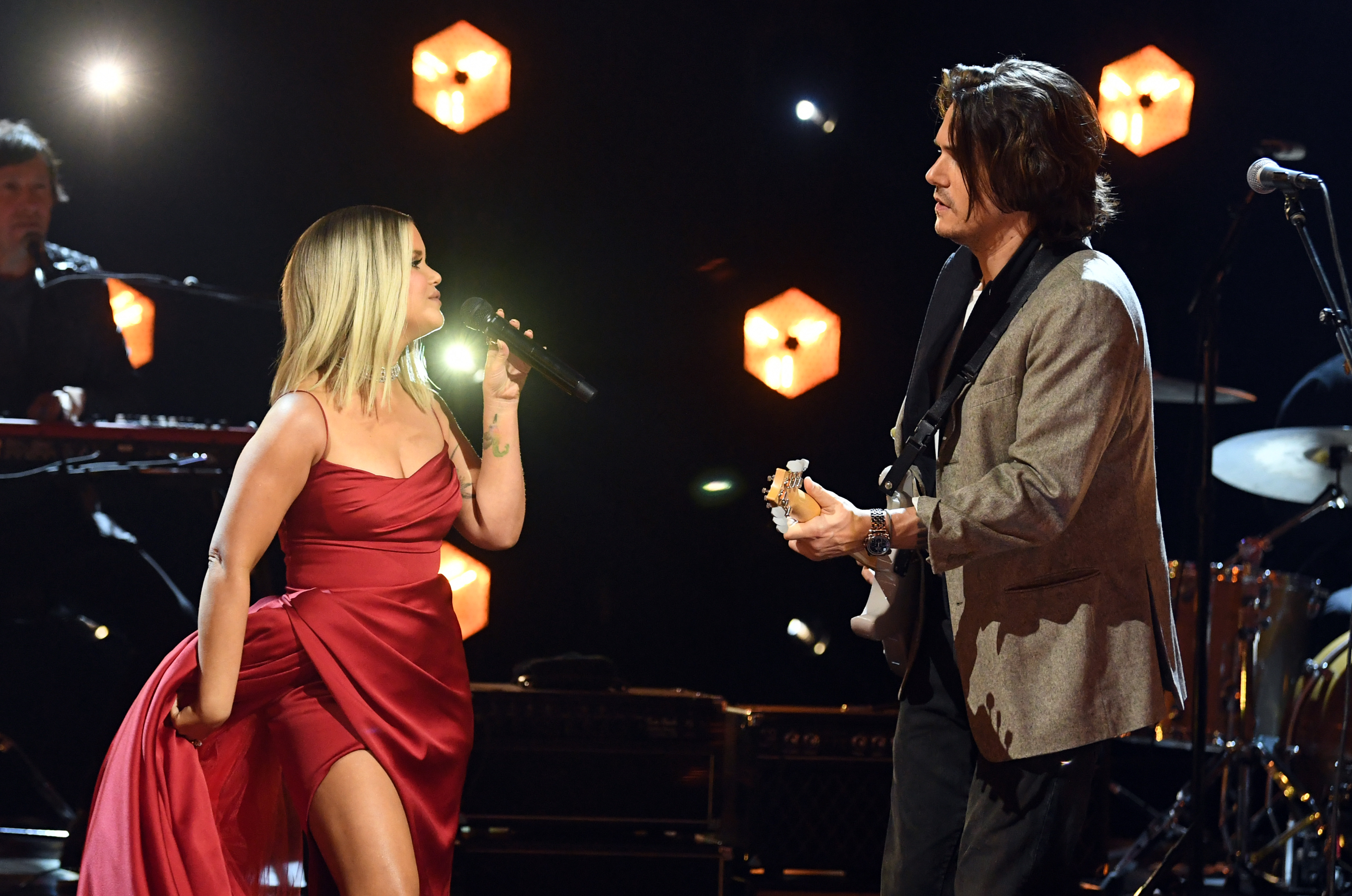 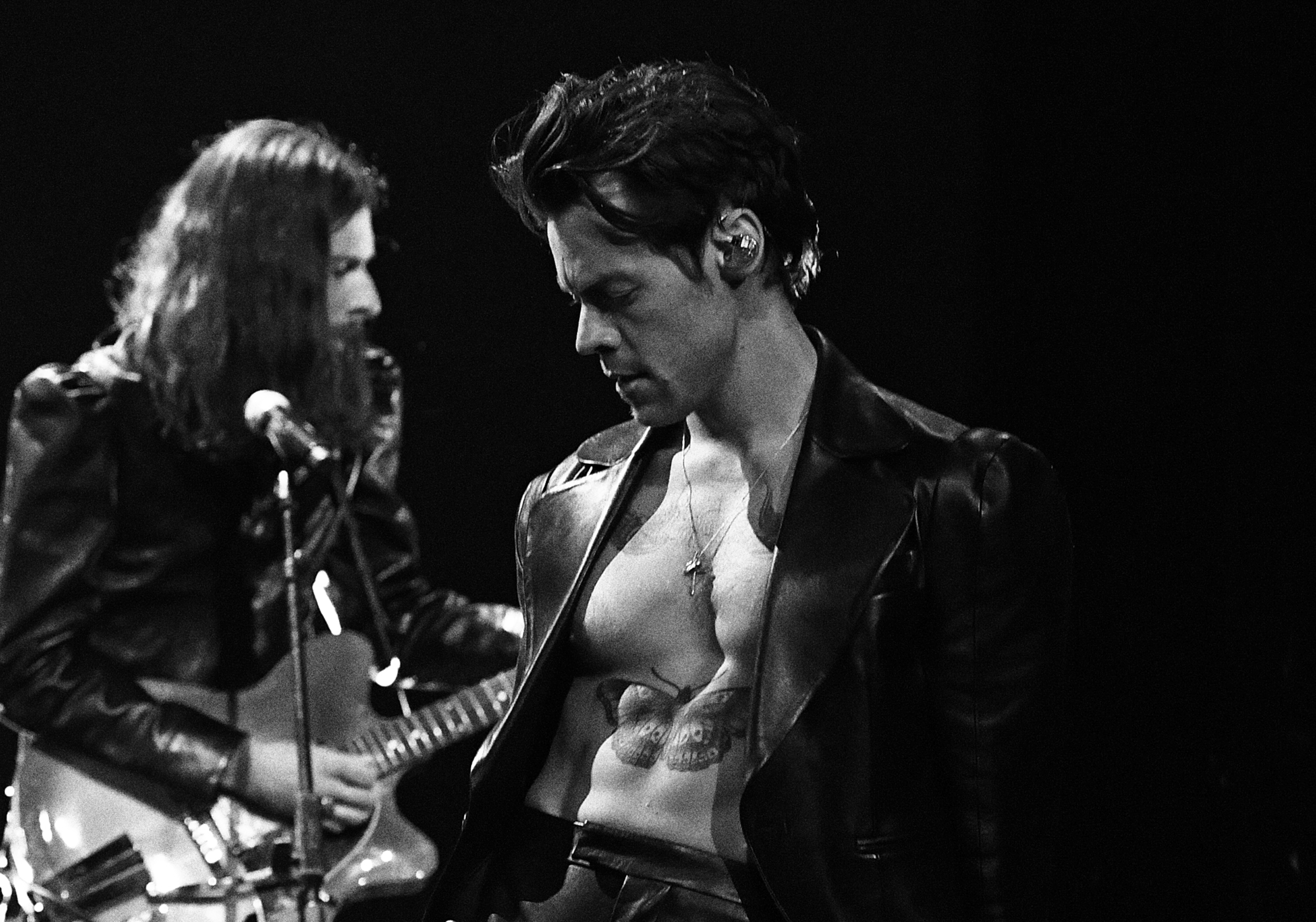