What’s on TV Sunday: The BET Awards and ‘Apollo 11’

2019 BET AWARDS 8 p.m. on BET. Regina Hall hosts this year’s awards show, with a lineup of performers that includes Cardi B, Migos, H.E.R., Lizzo and Lil Nas X, whose “Old Town Road (Remix)” collaborator Billy Ray Cyrus also appears. Honorees include Tyler Perry, Mary J. Blige and Nipsey Hussle, the Los Angeles rapper who was killed earlier this year, and who will be the subject here of a tribute performance by John Legend, DJ Khaled and the rapper YG. 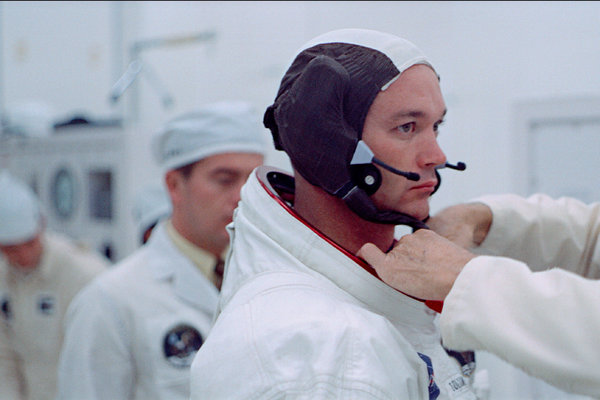 APOLLO 11 (2019) 9 p.m. on CNN. Todd Douglas Miller gives fresh angles on the big lead-up to Neil Armstrong’s small step in this documentary about Apollo 11, which highlights what needed to go right to allow that step to happen. The big draw is the fact that the movie is made up primarily of newly discovered archival footage. But what makes it more than the sum of its parts is the way Miller presents that footage, with directorial flourishes that add suspense to a story whose ending everybody already knows. In his review for The New York Times, Glenn Kenny called the movie “entirely awe-inspiring.” He pointed out that Miller “uses simple but effective white-on-black graphics, graphic animations and, occasionally, footage set up in split-screen to highlight particularly harrowing maneuvers, to convey the complications of the actions the Apollo 11 crew had to so precisely execute.” The result, Kenny wrote, “is nearly mind-boggling.”

GLORIA BELL (2019) Rent on Amazon, Google Play, iTunes, Vudu and YouTube. Julianne Moore stars in this drama from the Chilean writer-director Sebastián Lelio, a reimagined version of his 2013 movie “Gloria.” Moore plays Gloria, a California woman who revels in the freedom offered by her well-off lifestyle — think yoga and weed — and by a divorce. Much of the plot centers on a romance Gloria strikes up with Arnold (John Turturro), a former Marine, and on Gloria’s relationships with her adult children. It’s a tale Lelio navigates in limber form. “‘Gloria Bell’ is filled with quicksilver tone shifts,” Manohla Dargis wrote in her review for The Times. “It’s often quietly funny and then a little (or very) sad and then funny again. The humor is sometimes as obvious as the hairless cat that looks like a wizened extraterrestrial and the Velcro crackle of a girdle being hastily removed in a dark bedroom.”

THE CASKETEERS Stream on Netflix. An article in The Times earlier this month reported that a California start-up sells people the right to have their remains cremated, mixed with fertilizer and fed to a tree. But when we think of end-of-life services, most of us still think of the traditional coffins and hearses. Those are the tools of the trade for the New Zealand funeral directors at the center of this series. The show follows them as they conduct the day-to-day business of operating funerals. The results are touching and, thanks to witty staff members, surprisingly funny.