Introducing Mrs. Jason Priestley… or am I Mrs. Brandon Walsh?! One month until the premiere of @bh90210!!! August 7th you’ll see what I’m talking about & you WON’T be disappointed! We’re cookin’ up some juicy stuff!!! #DreamJob! ❤️?

Meet the Priestleys! Vanessa Lachey shared the first snap with her new onscreen husband from the set of BH90210.

“Introducing Mrs. Jason Priestley … or am I Mrs. Brandon Walsh?!” the former MTV VJ, 38, wrote via Instagram on Sunday, July 7. “One month until the premiere of @bh90210!!! August 7th you’ll see what I’m talking about & you WON’T be disappointed! We’re cookin’ up some juicy stuff!!!”

Lachey announced in late May that she would be joining the Private Eyes star, 49, and his former Beverly Hills, 90210 costars Jennie Garth, Shannen Doherty, Tori Spelling, Ian Ziering, Gabrielle Carteris and Brian Austin Green for the series quasi-revival.

“My NEW JOB has a pretty iconic zip code!!!” she wrote on Instagram at the time. “I am still pinching myself that I get to join this incredible cast & play Jason Priestley’s wife.” 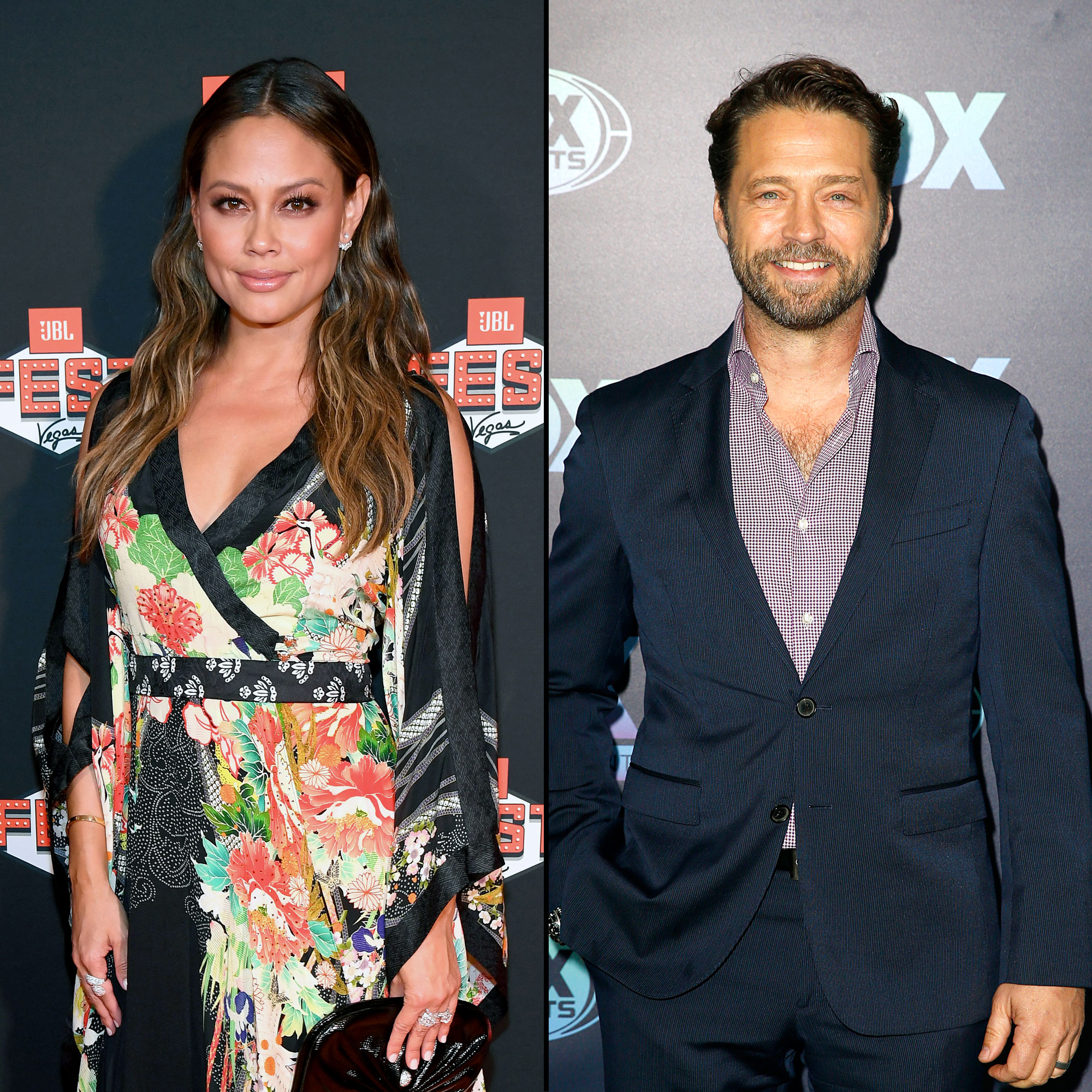 Deadline reported that the Top Chef Junior host will be portaying a “top PR executive” named Camille who is struggling to find a balance between her career and her personal life as she and Priestley attempt to start a family.

Lachey isn’t the only one offering up behind-the-scenes sneak peeks from the set: Doherty, 48, gave fans of the original series major nostalgia when she shared a shot with her fictional sibling last month.

“And just like that, the twins are back,” the Charmed alum wrote of the photo, which showed her embracing Priestley in front of a quaint hut.

There’s one person noticeably missing from the show’s revival, however: Luke Perry. The Riverdale actor died in March at the age of 52 after suffering a stroke.

Priestley admitted he is struggling with his late friend’s absence, telling the Associated Press in May that it’s “very difficult” to do the show without him.

Added the Canada native: ”Luke was a huge part of our 90210 family and personally Luke was a very large part of my life.”