Sen. Chuck Schumer announced Tuesday he’ll support a bill to study reparations for the descendants of slaves, saying, “racism is the poison of America.” 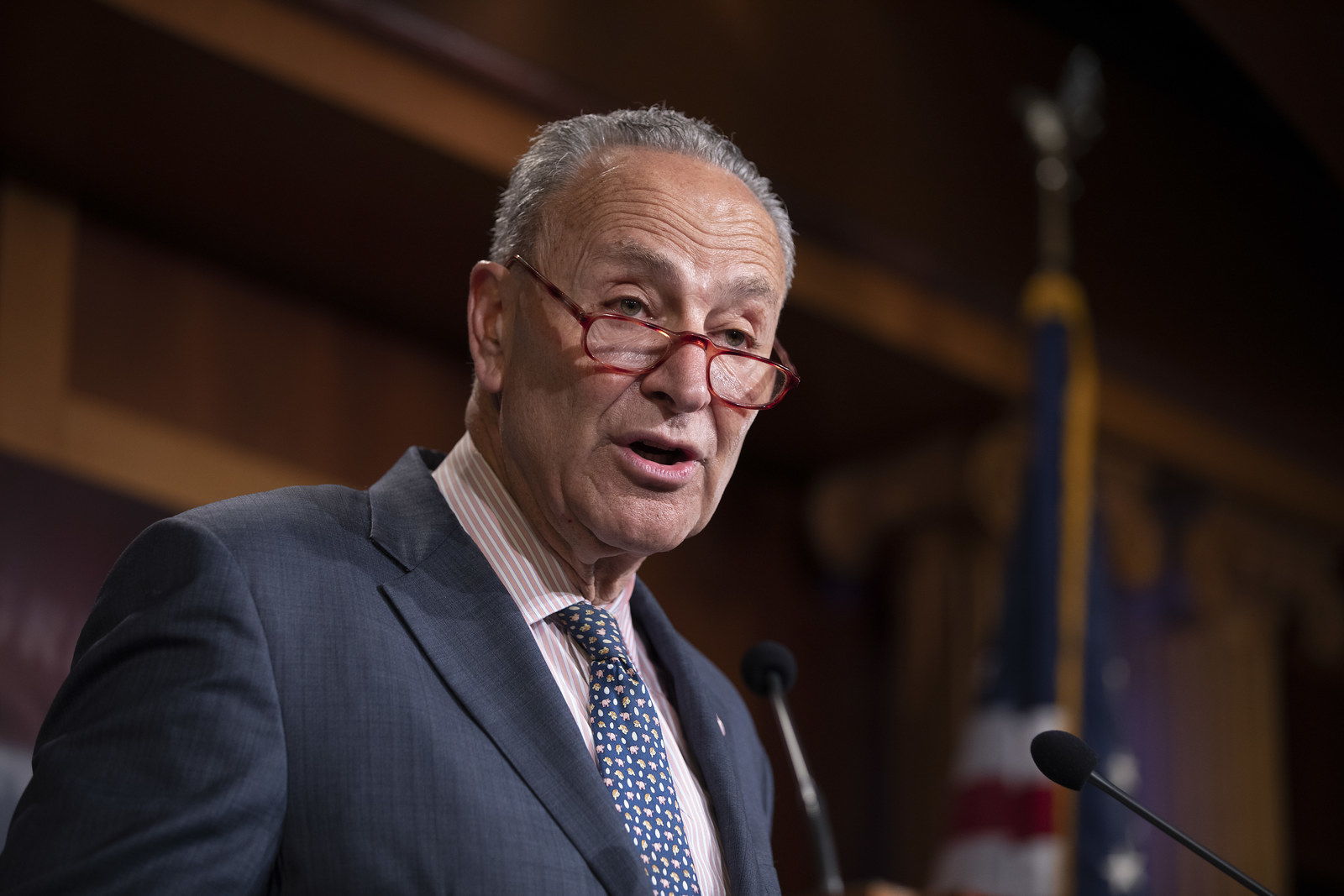 WASHINGTON — Senate Minority Leader Chuck Schumer announced on Tuesday that he will support the study of reparations, calling racism the “poison of America.”

”I will support the legislation by Sen. Cory Booker and Rep. Sheila Jackson Lee to establish a commission to study the issue of reparations for slavery and discrimination,” Schumer said.

Schumer’s backing adds weight to the reparations legislation, which got its first hearing in the House last month. He joins House Speaker Nancy Pelosi and several Democratic presidential candidates in supporting the bill, which would form a commission to study reparations and form proposals.

“I don’t think people understand that slavery is not far away,” Schumer said, speaking to a room of reporters. “I think that’s the biggest problem. People say, ‘oh, it happened way back then what do we have to pay attention now.’ The legacy of slavery and Jim Crow — which is a type of semi- quasi- of slavery — is still with us and so we need to do a lot more.”

The bill is unlikely to get a vote in the Senate, however. Last month, a day ahead of the congressional hearing on reparations, Senate Majority Leader Mitch McConnell, told reporters that he did not support reparations and then noted that the country had elected an African American president as one way of dealing with the original sin of slavery.

“I don’t think reparations for something that happened 150 years ago for whom none of us currently living are responsible is a good idea,” McConnell told reporters at the time. “We’ve tried to deal with our original sin of slavery by fighting a civil war, by passing landmark civil rights legislation. We’ve elected an African American president.”

Schumer addressed McConnell’s opposition Tuesday. “The legacy of slavery and Jim Crow is still with us. What McConnell was just preposterous and that’s why I’m supporting this legislation.”