After last visiting the White House in 2005 for a Super Bowl celebration, Tom Brady made a big statement by appearing with the Tampa Bay Buccaneers with President Joe Biden. His speech even took a few digs at former President Donald Trump, who probably wasn’t happy to see his so-called friend making jokes at his expense. 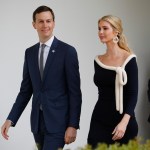 The legendary quarterback recalled the doubts NFL fans had in the team after having only seven wins and five losses at one point in the season. But Brady knew exactly how to turn the team around even though “not a lot of people think that we could have won.” And that’s when the athlete went in for a Trump zinger while standing at the White House podium, per Bloomberg, “In fact, I think about 40% of the people still don’t think we won!”

He, of course, was referring to the fact that Trump still insists he won the 2020 election (spoiler alert: he didn’t) and that many of his followers still insist he will be back in office by late summer. Biden had to chime in with his response from offstage, “I understand that!”

Brady had even more to say about his season while throwing more shade at the 45th president. “We had a game in Chicago, where I forgot what down it was,” he said in his speech. “I lost track of one down in 21 years of playing and they started calling me ‘Sleepy Tom.’ Why would they do that to me?” Oh, “Sleepy Joe,” the nickname Trump tried to make happen for Biden, probably has a few thoughts about this topic, too.

While Brady hasn’t given any indication as to why he decided to make an appearance this year — it could just be in support of his new teammates — but the speech gave everyone the clear idea that the quarterback is #TeamTrump no longer.

Before you go, click here to see celebrities who have run for office.