There’s no denying that Prince William and Kate Middleton have come a long way since their early days of dating as fresh-faced students at the University of St. Andrews. Nearly 20 years of knowing each other, three kids, and ten years of marriage (their anniversary is on April 29!) later, the Duke and Duchess of Sussex have a lot to show for the life they’ve cultivated together — and that includes a treasure trove of photos that prove what a fantastic match they are. 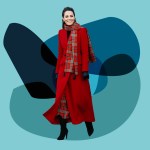 It’s hard to believe it’s been nearly a decade since William and Kate said, “I do.” But you know what they say: Time flies when you’re having fun! From exotic vacations to royal engagements and everything in between, William and Kate have kept things interesting. And despite a few untoward rumors that have surfaced on the rarest occasion over the years, they’ve managed to live out a love story relatively unmarred by scandal. Snapshots of the super-cute couple over the last two decades show two people who genuinely enjoy each other’s company.

So, in honor of their official ninth year of wedding bliss, we’re taking a stroll down memory lane. Need to have your faith in lasting love restored? Look no further than these heartwarming photos of William and Kate over the course of their relationship.

A version of this article was originally published April 2016.