‘There Is No Evil’ Review: Condemned, One Way or Another

“There Is No Evil,” which won the Golden Bear at the Berlin International Film Festival last year, is one of the most kinetic films ever made in secret. 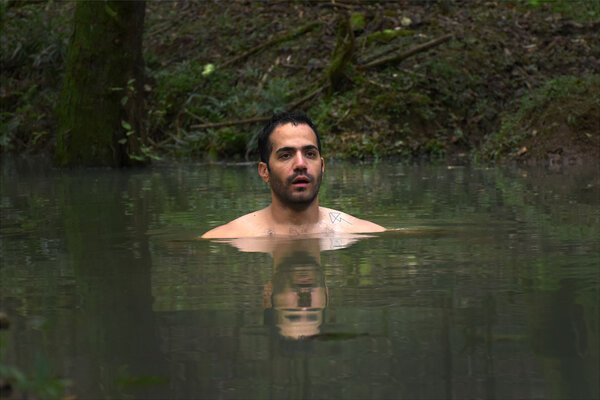 Because “There Is No Evil” has landed in international headlines — the director, Mohammad Rasoulof, made the movie covertly and without the approval of Iranian authorities, and a ban on his leaving the country prevented him from accepting the top prize at the Berlin International Film Festival in person last year — revealing what it’s about seems fair. But the film is constructed to surprise you.

The first of four episodes follows a father (Ehsan Mirhosseini) going about daily tasks. He picks up his wife and daughter. They run errands and go out for pizza. He checks his mother’s blood pressure. Then he awakes at 3 a.m. and heads to work. For some reason, he hesitates when a traffic light turns green. He is an executioner, and at his job, a green light tells him to release the gallows floor.

All four episodes involve people pressed into carrying out official executions in Iran. While the stories do not carry over, the themes do. In the third segment, Javad (Mohammad Valizadegan), a soldier, has committed a killing to secure a three-day leave, making a decision that Pouya (Kaveh Ahangar), also a soldier, faces in the second episode. The fourth chapter examines how the choice to act or not reverberates for years.

If some twists initially seem facile, the stories deepen with reflection on the characters’ motivations at each moment. This is one of the most kinetic films ever made surreptitiously; the long takes, particularly one in which Pouya retrieves a condemned man, then crumples, are breathtaking. And to make a movie that ponders the moral rot of an unjust system while under the gun of that unjust system is courageous and artistically potent.

There Is No Evil
Not rated. In Persian and German, with subtitles. Running time: 2 hours 31 minutes. In theaters and on virtual cinemas. Please consult the guidelines outlined by the Centers for Disease Control and Prevention before watching movies inside theaters.