The Jayhawks Never Go Out Of Style

Gary Louris got a relatively late start in music. The Jayhawks singer had enrolled in college with hopes of being an architect, and it wasn’t until later on that he found his way into a band. It’s something he still thinks about often.

Since the mid-1980s, Louris has been part of the influential band the Jayhawks, which emerged in Minneapolis when Louris and bassist Marc Perlman, along with ex-members Marc Olson and Norm Rogers, got together to make their first album. The Jayhawks came at a time when Uncle Tupelo, the Honeydogs and later Wilco and others flourished in the alt-country music scene.

The Jayhawks have released 10 albums in total, and the current lineup, which includes Louris, Perlman, Karen Grotberg and Tim O’Reagan, has been intact for several years now. But in 2020, one thing is different. On the upcoming Jayhawks album, “XOXO,” Louris, 65, takes a backseat, opening the way for his bandmates to be front and center and contribute their own songs, including lead vocals.

Due out July 10, “XOXO” features harmonic-filled songs, saddled alongside Louris’ signature vocals. But it feels a bit more open and fresh as the other members of the band step into the spotlight.

HuffPost caught up with Louris about the new album, the band’s longevity and the things that drive him to continue making music ― 35 years and counting.

Having been a longtime Jayhawks fan, I really love that you’re bringing the other voices more to the forefront. Can you talk a little bit about the decision to bring everyone else into the fold this time?

At times, I think of why I didn’t do it sooner. And I think it goes back to when Mark Olson was in the band, and you had to kind of fight to get your songs in because we both wrote a lot and wrote together. And once he left, it was like, “Oh, I have all these songs now. I can get them out there.”

And then, I don’t think the other guys are that aggressive about pushing their songs. So I think it took me to kind of say, “That’s what we have.” And I’ve always been open to it. But this time I said, “I’m pushing you guys to do more.”

I think on top of that, it really started with live performance over the years. I’ve just noticed we ended up playing an hour and a half, two hours, and I sang like 98% of the songs. And people want to hear Tim, they want to hear Karen, and Marc writes.

And sometimes I miss a little bit of that when Olson was in the band, that I could kind of sit back on some songs and play guitar. And so a little selfish there. But mostly it started with, I wanted to hear those guys sing because I know they write and I know they have great voices.

Was there any part of you that felt a little uncomfortable giving up some of that “control”?

Yeah, I am worried about it. For one thing, you don’t want to do the Creedence Clearwater thing, where they’ve opened up the record of the band and made the worst record they ever made. No, I mean, this should turn out great. But I was a little bit wary about the precedent that I’m setting. But in the end, it just made us much closer and made for a better record. 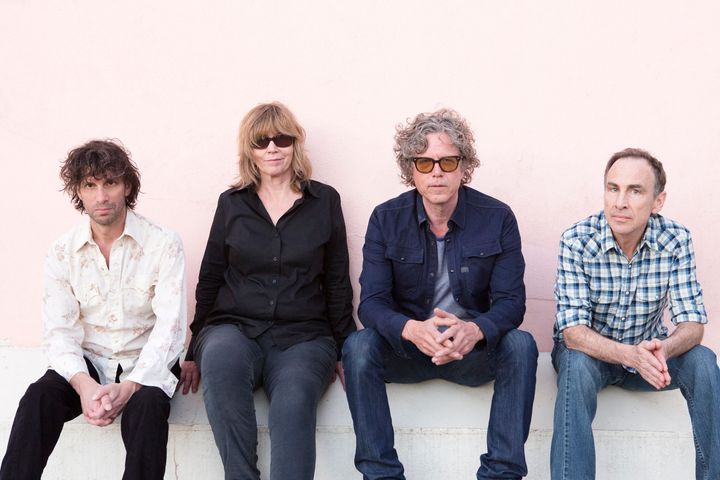 You talked a little bit about your voice. Is there something that you do to maintain it? Or is it just luck that your voice has stayed strong through the years?

Luck. I don’t really do anything. I’ve never been the guy who warms up. … There was a time in the late ’90s where I had nodules on my vocal cords and I had those removed. And I got some voice lessons then and some warmups. That was caused by improper singing technique. So I think I’ve learned a little bit more not to sing out of my throat so much. And I think I sing better now than I did. Although I still want to work on my falsetto, which is bothering me. I can’t hit those high notes as I want.

And I’ve always been that guy, like, “Oh, if we’re on the road, I’d rather play than sit around. So let’s play six nights in a row.” … I’m not a shouter, that could be part of it. I don’t think I have the best voice in our band, technically, but I definitely have a distinctive one, and people can usually tell it’s me. I think Tim especially is more of a technician. … I could learn a few things from Tim.

With everything that’s going on with current events, I couldn’t help but think of the song “Living in a Bubble.” Can you talk a little bit about that and where that song came from?

I don’t remember what spurred it out. It was certainly way before this pandemic. But it is still related to the news cycle, and friends I know who watch CNN 24/7 or MSNBC 24/7 — or being connected with their devices, which I’m guilty of. I’ve been that person to always kind of get The Sunday Times and spent the week reading that and taking my time, and peeking out and watching a little bit of news, but never that guy glued to it. I just don’t see how that’s healthy.

So I think I wrote it about isolation and a comment on the 24/7 news cycle. And I think this record has a couple of songs for me which are departures because they’re not singing about longing or lost love or things about myself so much, but a little bit more global consciousness. And then it just happened to become more relevant, unfortunately. 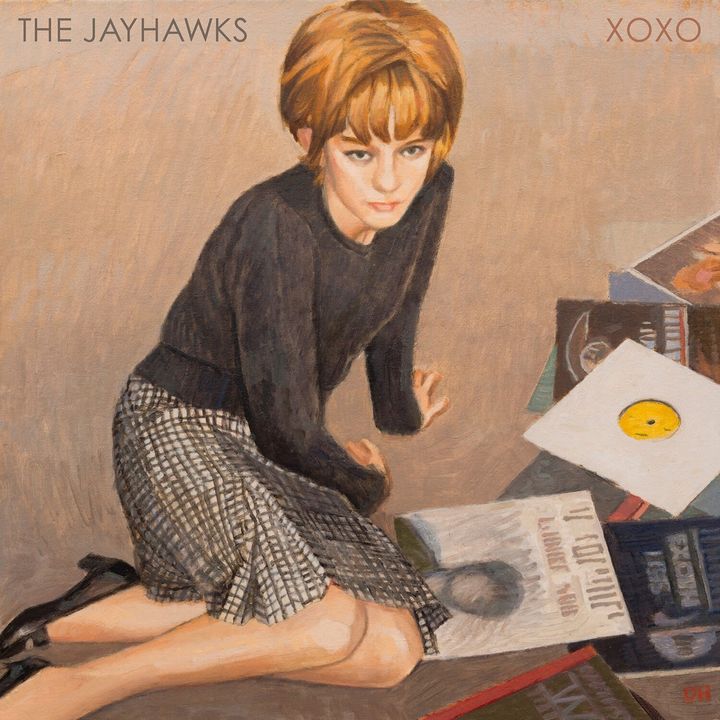 I think that comes through with the new song “Homecoming,” where you sing about climate change.

Yeah, definitely. I mean, I was inspired by Greta Thunberg. I don’t know exactly why I picked that moment other than it was on my mind. My sweet spot is still that longing kind of aching, beautiful but dark lyrics, usually about something I haven’t got or something I lost or something I want or something I think I need but don’t. And so it felt good to expand my horizons.

But I don’t think I’m going to be that guy like Midnight Oil or some of the bands where every song is really political about what was happening now, because those things get dated. And that’s the problem with getting too specific on a particular moment. Like if I write some songs about these riots and protests — or maybe if they had a universal theme, but if I wrote specifically about it, I don’t know if it would mean that much to people in 10 years. Personal politics are more my field. But I’m still trying to learn to expand myself a bit.

Those songs about longing and love are so relatable. And sounds like they’re mostly personal. What if you’re in a good relationship, do you have a harder time going there?

Well, I went to 12 years all-male school, Jesuit high school, coat and tie. Growing up Catholic, I got a well of melancholies that will never run dry. I mean, it’s funny because my girlfriend now, I think I have to tell her I write some songs that might touch on some. … I’m not going to write songs about how happy I am. … Happy music a lot of times depresses me because it seems like it’s not real life. But anyway, I will still write about things like that, whether it’s just channeling myself or finding other things from the past that will feed that fire.

When you look back at the Jayhawks catalog, which albums or songs in particular stand out to you as something that you’re most proud of?

My favorite record — and I would say most likely is the band’s favorite — is “Sound of Lies” because from start to finish, I think it’s just the vibiest record we did. I don’t think we ever try to please people, but that one was really — because that was the last record we were going to make and it had a certain sound to it. And I think it has the most depth. It was more difficult to cover live because it is kind of a downer.

I think with the exception of any one record, I’m proud of all the records we’ve made. And certainly there’s that little magical period of “Hollywood Town Hall” and “Tomorrow the Green Grass.”

You’ve been with the Jayhawks 30-plus years now?

I think it’s a depression of some sort, maybe. I think I need a sense of purpose when I wake up. Or “Why am I here?” I’m just getting up again, putting food in my mouth, washing my face, going out, running errands. What is life about? And I’m very much that person who feels like I need to feel like there’s a meaning. And if there’s no meaning, at least I’m creating something. And so I think that’s the drive for me.

And maybe our failure was our success. Because we never were that band with the big radio hits that got connected with a certain style and then it went out of style. We were never in style. And we built everything kind of grassroots-y from the ground up. And so the foundation is pretty solid.

I’d like to think that although history shows that most rock musicians make their best work when they’re younger, I’d like to be that person that does some of my better work as I get older.

This interview has been edited and condensed for clarity.