The Goonies house up for sale for $1,700,000 but fans are guaranteed to visit 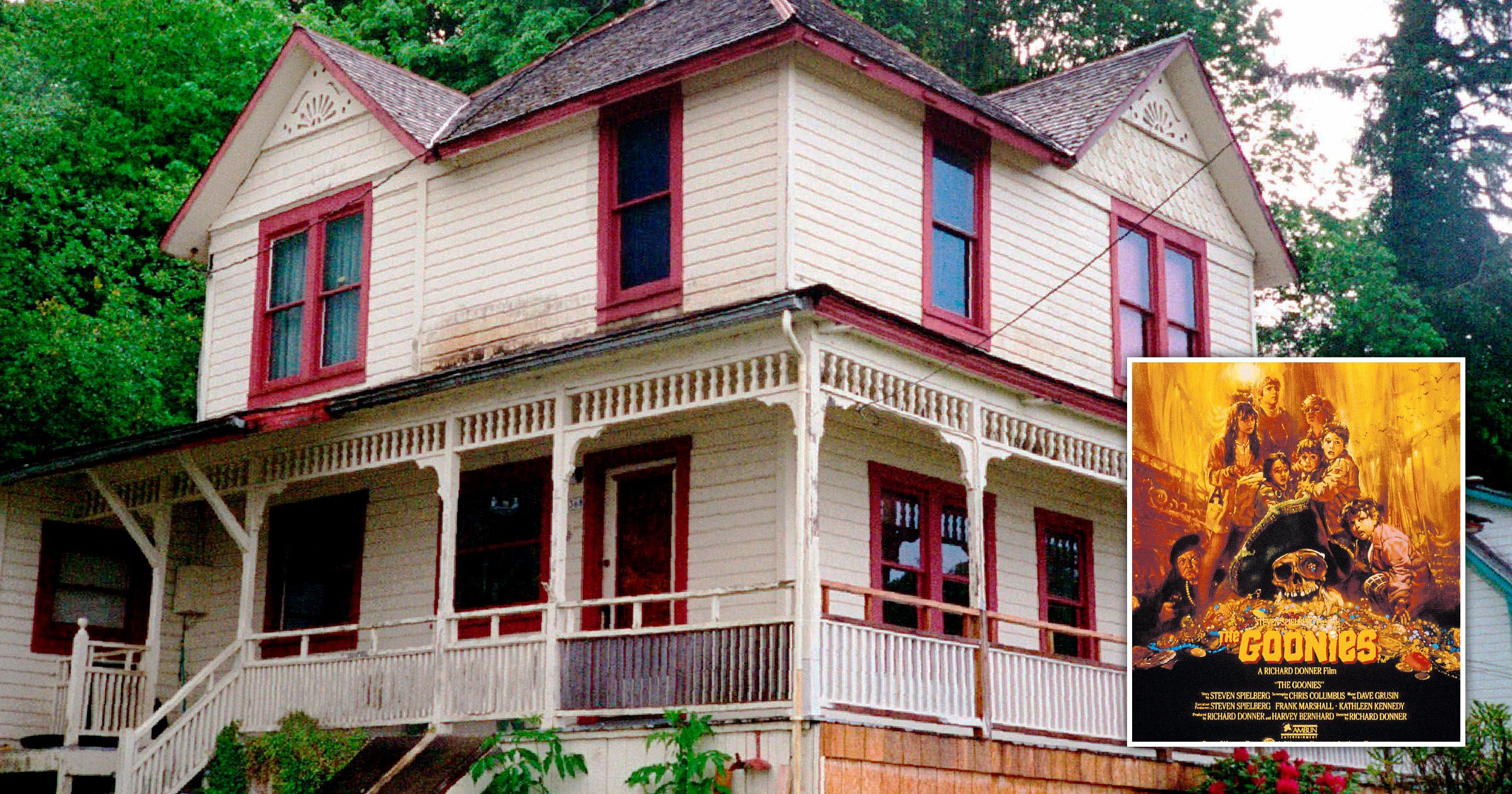 The Goonies house is up for sale in Astoria, Oregon, and one lucky film fan will get the chance to live there for a cool $1.7million (£1.43million).

The Victorian property, which was built in 1896, became a landmark after the release of the 1985 Steven Spielberg movie and has attracted visits from fans ever since.

The coming-of-age film starred Sean Astin, Josh Brolin, Corey Feldman and more as a group of friends fighting to protect their homes from threats of foreclosure, discovering an old treasure map that leads them on an adventure to save their neighbourhood, known as the Goon Docks.

Fans will know the house as the Walsh family home in the film, and there are already some potential buyers expressing interest, it has been reported.

Realtor Jordan Miller told AP News: ‘We have a few interested parties right now. It seems to be everybody’s intention to be able to open up the house a little bit more and have more access.’

He added that most people wanting to buy the house so far are planning to ‘make it their passion’ rather than their permanent home.

‘It’s kind of a fun buy,’ the estate agent confirmed. ‘Whoever buys the house is going to have a relatively steady stream of extremely happy people walking up outside to fulfil their childhood dreams.’

The house is marketed as having sweeping views of the Columbia River flowing into the Pacific Ocean and is described as being ‘fully loaded with history, nostalgia and iconic level of fame.’

The property is in Oregon’s historic port of Astoria, where the film is set and which celebrates Goonies Day on June 7, the film’s release date which sees thousands of people visit for the annual event.

While fans of the movie were mostly given free access to take photos outside of the house, which is a private family home, its owner Sandi Preston had tried to limit visits around the 40th anniversary in 2015, after around 1,500 people turned up each day.

The home was seen at the time with signs reading ‘Access closed to Goonies House’ and a blue tarpaulin covering the front of it in an attempt to prevent people from making pilgrimages to see it after the attention got too much for those living there.

Sandi had asked the City Council and the Chamber of Commerce for help keeping people off her lawn, with the Daily Astorian quoting City Councilor Russ Warr saying at the time: ‘Sandi … has been very, very accommodating.

‘The tourism at the Goonies house has, over the last three or four years, absolutely exploded. … Most people think that it’s an attraction, when it really, in fact, is a private residence.’

Her move to restrict access to the house came after reports fans had become belligerent with her while trying to get their photos, with some even claimed to have ‘picked fights’ with the owner.

She is quoted as having said on Facebook: ‘The (calibre) of people/generations is changing, and not for the better.

‘They don’t have a sense of family or community but feel entitled and let no one get in their way. We see it daily with the threats against us; all because we choose to have some privacy. It’s been unrestricted for 14 years and we are worn out.’

Sandi did however reopen access routes allowing people to walk up to the property in August this year.