On a balmy weekday afternoon in Manhattan’s Meatpacking district, a small crowd gathered around a storefront window where a neon-lit pole dancer in purple platform stilettos performed an alluring routine. Passers-by stopped to gawk at the silent spectacle. Some took out their camera phones.

There was no way for them to know that this was a rehearsal of a short play called “Lust,” or that soon the dancer would be performing it nine times a night. On the sidewalk, the director Moisés Kaufman sat in a bistro chair, surrounded by members of his Tectonic Theater Project. Through their headsets they heard what the pedestrians could not: pulsing music and the character’s narrated thoughts.

Across the street, sleek installations in other vacant storefronts — a grave site, a dominatrix’s dungeon — were also sets for plays, one about greed, the other wrath. And that open storage container parked at the curb? It would become the stage for a piece about envy. Riffs on gluttony, pride and sloth would have wide windows in a disused space two blocks away.

As New York embarks on its hot vax summer, Kaufman and Tectonic Theater are bringing “Seven Deadly Sins” to the streets. A carnal, high-gloss evening of short plays performed largely in storefronts to peripatetic audiences supplied with headphones to hear the dialogue, it started previews on Tuesday, part of the restless, exuberant rebirth of live theater — experimental and open-air.

“The urgency that I feel about making these plays is something that I have not felt in years,” Kaufman said in an interview. “Because we — the artist, the actor, the playwright — we are needing it. We have this hunger. But I also profoundly believe that the audiences share that hunger.”

In the Florida iteration, Kaufman wrote and directed just one piece, “All I Want Is Everything,” about greed. For New York, he is directing the whole 90-minute evening, surrounded by a fresh crop of playwrights: Ngozi Anyanwu (gluttony), Thomas Bradshaw (sloth), MJ Kaufman (pride), Jeffrey LaHoste (envy), Ming Peiffer (wrath) and Bess Wohl (lust).

With the eye of the Tony Award-winning set designer David Rockwell, the show has suited its aesthetic to the neighborhood, past and present. Once notorious for gritty sex clubs and streets puddled with animal blood, the Meatpacking district has evolved into a chic backdrop for modeling shoots and the home of the High Line and the Whitney Museum of American Art.

The plays of “Seven Deadly Sins” tend toward the political, which is in keeping with Tectonic’s tradition. And as a note on the show’s website warns, some of the content may be upsetting, such as a venomous confrontation between the two characters in Peiffer’s play. Children under 13 are not allowed. 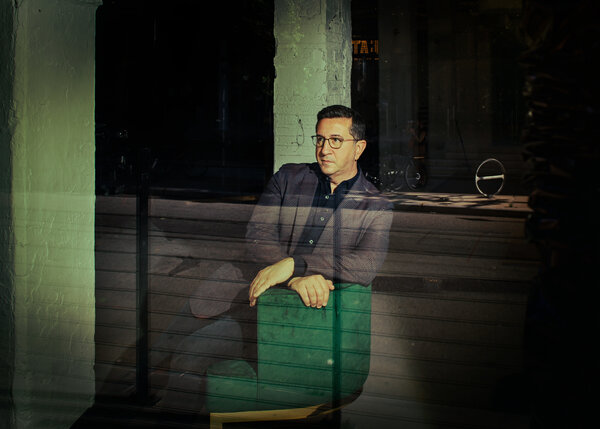 Or in the case of women, she added, not allowed, “because, you know, you’re called crazy or you’re emotional or you’re on your period or whatever the hell.”

Wohl, who wrote the pole-dancing play and is a Tony nominee for “Grand Horizons,” said she picked her sin because “you can’t turn down lust when it’s on the table.” She, too, has used the project to examine sexual politics and violence, as well as the voyeuristic element of storefront performance.

“There was something really evocative to me about creating these little spaces and trapping performers in them and asking them to repeat the action over and over for different audiences,” she said.

Kaufman’s own play occupies the same city block as “Lust” and “Longhorn.” Given where it falls in the rhythm of the evening, he decided he needed to reshape his script from what it had been in Miami Beach.

But his play’s set has the same designers that it had in Florida: the brothers Christopher and Justin Swader. Rockwell did all the others — his first collaboration with Kaufman, though they had been talking about working together for more than 16 years, ever since Rockwell saw Kaufman’s Broadway production of “I Am My Own Wife.”

Rockwell, an architect who spent a chunk of the pandemic immersed in outdoor dining design and navigating New York City rules about it, said he was drawn to the logistical design challenges of “Seven Deadly Sins.” He used his bureaucratic know-how to get clearance for audiences to be seated in the same curbside zone where restaurant sheds tend to be.

The return of live theater to the city is a “collective healing process,” Rockwell said, one that, in getting people into public spaces this summer, “turns New York itself into the playhouse.”

Each of the three nightly showings will accommodate 66 ticketed audience members, split into three smaller groups that watch the plays in a different order, with 22 spectators per storefront. Gigi Pritzker, whose entertainment company Madison Wells is producing the show with Tectonic, envisions its format as “something that could be done all over the world.”

To Kaufman, who said that “Seven Deadly Sins” has gone “a bit over” its $500,000 budget, the project is also a way “to jump-start our community” post-shutdown.

A publicist later updated the number of theater makers to 123.

Wohl, for one, said she blinked back tears as she headed to a rehearsal of “Lust.” But she also spoke of the poignancy of seeing how the pandemic has changed the city: all the places that used to be and no longer are.

“It’s just one heartbreak after another walking through the streets of Manhattan right now,” she said. “So something about animating those empty spaces feels really meaningful. It kind of breathes some life back into those spaces, or allows them to have potential rather than just loss.”

The Meatpacking district is of course pocked with dormant real estate. On the other hand, when Kaufman and I popped into a restaurant in the neighborhood to talk over a drink on a recent Friday evening, the place was humming with activity.

Kaufman, too, was practically vibrating — delighted to be throwing himself into a big production again, eager to unleash his show on audiences and unsuspecting pedestrians.

“My husband keeps telling me, ‘Temper your excitement,’ but I am Latino, Jewish and gay,” he said. “It’s very hard to temper my excitement.”

He finished his gin on the rocks. Then he headed out the door, back to his colleagues, back to work.