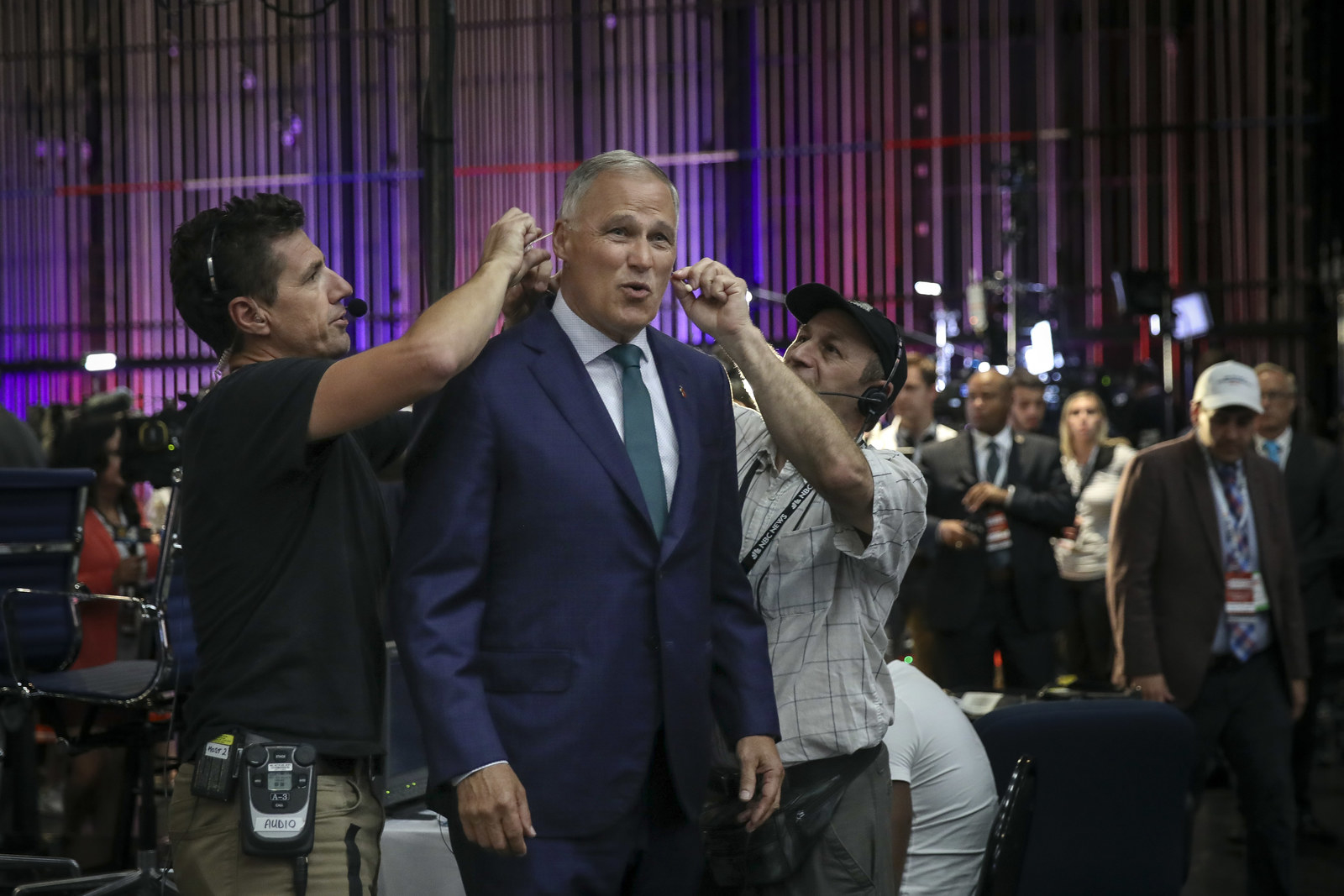 Candidate Jay Inslee having a moment.

This post will be updated all evening with the night’s biggest moments and will have a recap for you all tomorrow morning, you are welcome.

The first presidential Democratic debate of the 2020 election starts tonight at 9 pm ET where 10 of the 20 candidates — including Massachusetts Sen. Elizabeth Warren and former Texas representative Beto O’Rourke — will take the stage in Miami.

Round two, on Thursday night, will see four of the top polling candidates face off. The first round, on NBC, is seen as Warren-centric, since the senator is the strongest polling candidate by far in tonight’s debate.

The Democratic debate lineups were determined by a random public draw to offset the criticism about the lack of fairness and transparency of the 2016 process.

Here’s how the debates will work: Candidates will be allowed one-minute answers, 30-second follow-ups, closing statements, and responses to other candidates based on the moderators’ discretion. 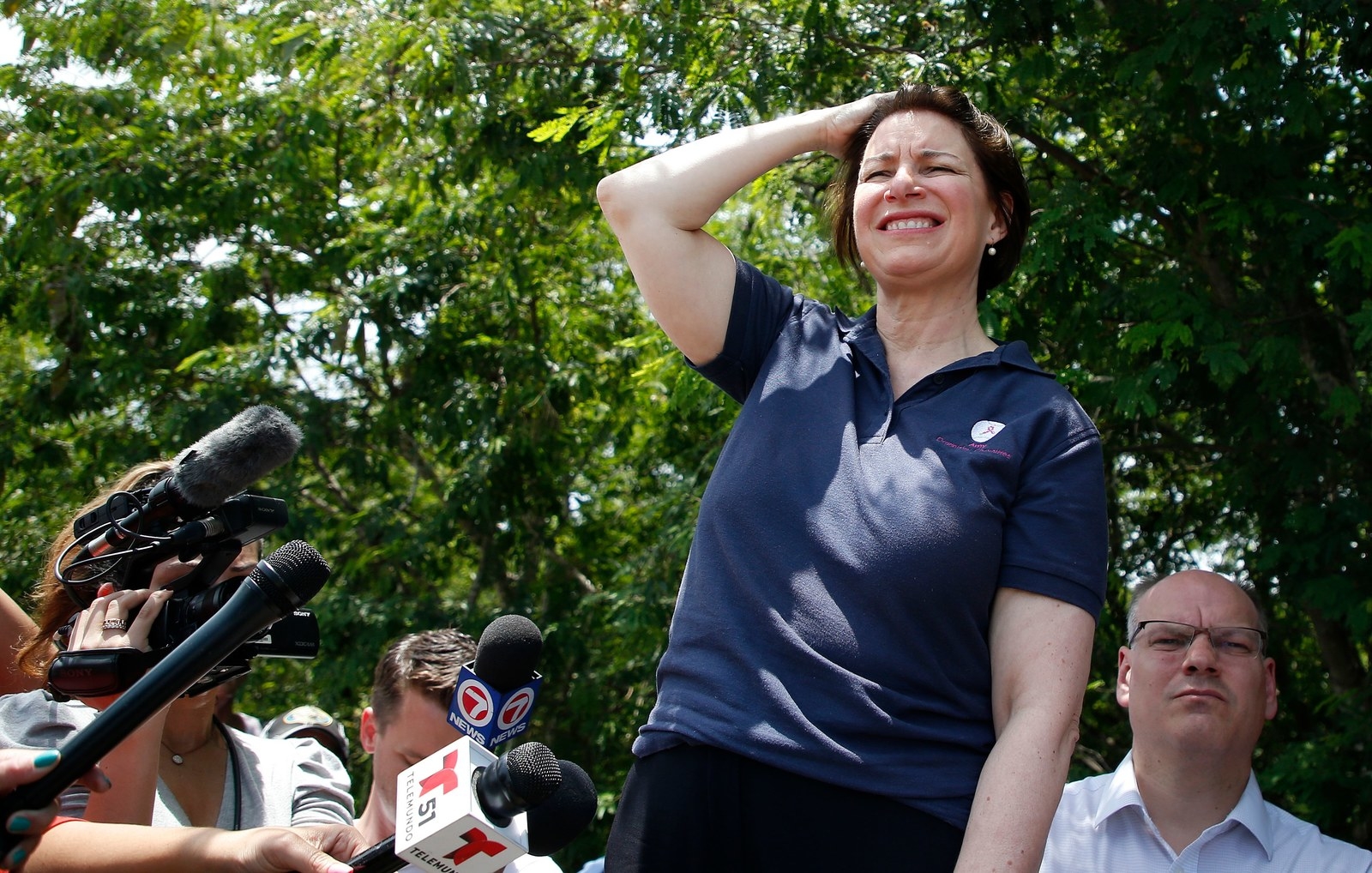 Candidate Amy Klobuchar at a detention center for migrant children in Florida before the debate.

An interesting political dynamic to watch out for tonight will be between the two men who have, at some point, been pegged as the future of the Democratic party — O’ Rourke and New Jersey Sen. Cory Booker.

O’Rourke has lost some of the national momentum he enjoyed during a very close 2018 Senate race against Sen. Ted Cruz. But his expertise on immigration policy will be noteworthy in light of the outrage over despicable conditions of migrant children at the border. Meanwhile, Booker — one of tonight’s strongest orators alongside Warren — has been in the news recently for slamming frontrunner Biden over his segregation comments.

More on the Democratic Debates