Not taking sides. Davina Potratz seemingly rubbed Chrishell Stause the wrong way during season 3 of Selling Sunset, constantly saying that although Stause, 39, claimed she was “blindsided” by Justin Hartley filing for divorce, there are two sides to every story.

‘Selling Sunset’ Agents’ Earnings: Who Has Made the Most?

That said, she didn’t mean any harm by her comments made during the season finale, she exclusively told Us Weekly on the “Hot Hollywood” podcast.

“It was more of a conversation, not a monologue from my end, which is what it seems like. So it was much longer, obviously,” she told Us. “It was a wedding and it’s impossible to show the entire thing. I totally understand that and respect that. So they had to narrow it down to make it fit. The only thing that the viewers end up seeing is what I said, but ultimately I was coming from a very neutral position and Chrishell and I are not super close. That doesn’t mean that I don’t support her or that we’re not friendly, but we’re just not best friends. So I had no information. I really don’t know that much about her or their relationship.” 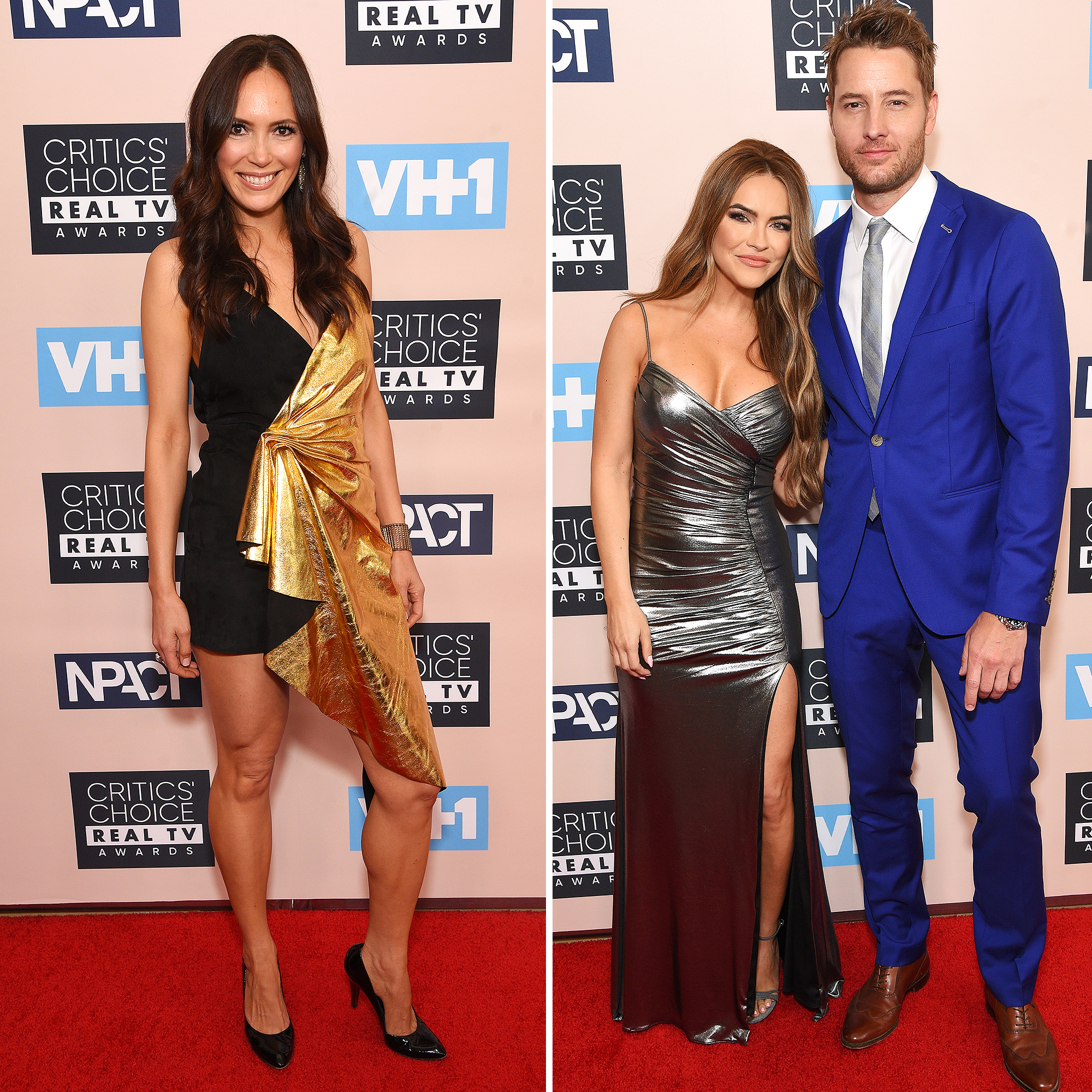 The This Is Us star, 43, filed for divorce from the former All My Children star in November 2019, which was chronicled during season 3 of the Netflix reality show. During the episodes, Stause shared that she found out about his filing via text and later headed to St. Louis to stay with her sister to try and figure out what went wrong.

Everything Chrishell Said About Justin Hartley Divorce on ‘Selling Sunset’

While costar Mary Fitzgerald stayed by Stause’s side during filming, Potratz appeared more skeptical of the situation, questioning whether it was actually a surprise.

“I was trying to understand a little bit more in order to have more feelings of empathy about it. It was a much longer conversation and it was, I think, much friendlier or softer should I say than it appears,” she explained. “Maya [Vander] and I turned down interviews about the divorce, which we mentioned as well, out of respect to Chrishell. We don’t want to get involved and we don’t want to take anyone’s side. I feel like I was trying to be very fair. And I said, well, I don’t have any information so I don’t think it’s fair to either one to take a side when I’m not super close to her and I don’t have any information. I just think that’s the right thing to do.”

Although the realtor doesn’t regret her comments and maintains that she was “coming from a good place,” she can see how her opinion could have come across harsh.

“I’ve talked to her about that and she understands, so we’ve communicated and we’re in a good place now,” Potratz said. “I absolutely have sympathy for Chrishell. I don’t think she shared any details with anyone though. It’s horrible to watch her heartbroken and struggle and cry, and she lost a lot of weight during that time. So it was very hard to see and it’s tough for anyone. So I certainly have compassion for her, and I’m glad she’s doing better now.”

With reporting by Sarah Hearon