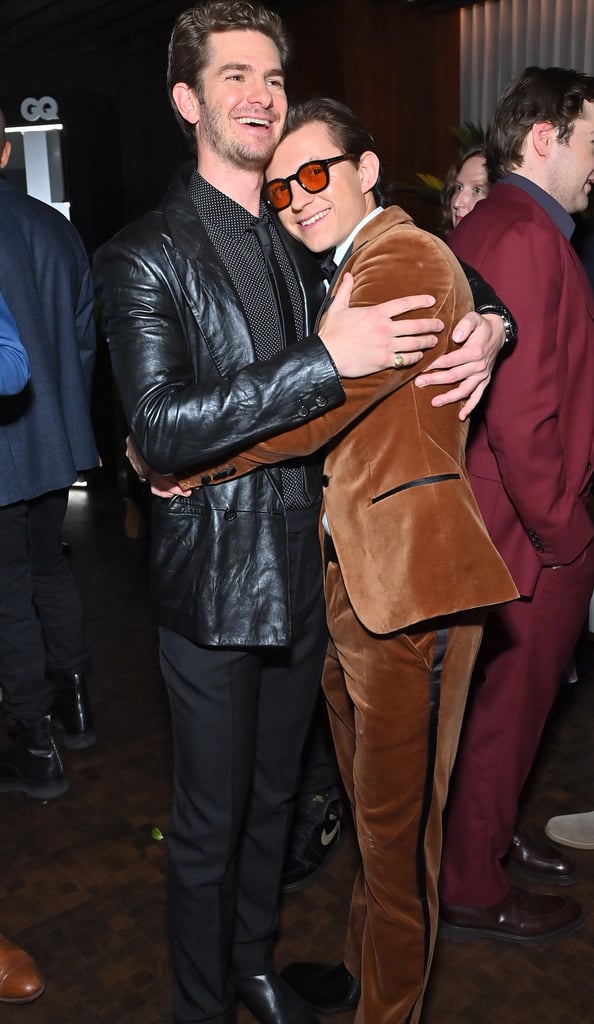 Tom Holland and Andrew Garfield hung out together, and my world is colliding! The two Spider-Man stars shared a hug at the GQ Men of the Year party on Thursday, and luckily for us, the moment was caught on camera. The interaction was essentially the Spider-Men pointing at each other meme brought to life. Now if only Tobey Maguire were there.

Spider-Man: No Way Home fans have been speculating for months that Garfield and Maguire will appear in the film in a multiverse situation, and this friendly exchange adds some major fuel to the fire. Allegedly, Holland and Garfield just met last night, but I don’t think it’s the first time they’ve hung out in front of cameras — but hey, that’s just me.