Sarah Jessica Parker was noticeably absent from the many “Sex and the City” cast members who paid tribute to actor Willie Garson this week.

Garson, who played Stanford Blatch on all six seasons of “Sex and the City” and in two feature films, died Tuesday at the age of 57. The cause of death has not yet been disclosed.

By Wednesday, many of Garson’s “Sex and the City” co-stars ― including Kim Cattrall, Kristin Davis and Cynthia Nixon ― had expressed their condolences on social media with heartfelt tributes.

It initially appeared as though Parker had stayed silent, but on Wednesday she left a short note in the comments of actor Chris Noth’s Instagram tribute to Garson.

“Thank you dearest Chris,” Parker wrote. “I’m not ready yet.”

The post featured a photo of Parker and Garson laughing on set, shot by Marcel Thomas for FilmMagic and Getty.

Garson’s real-life friendship with Parker pre-dated the 1998 premiere of “Sex and the City” by about a decade.

“We were set up a long time ago,” he recalled to author Amy Sohn in her book “Sex and the City: Kiss and Tell,” published in 2002. “Someone thought we’d really get along, so we were seated next to each other at a dinner party and we became absolutely great friends.”

Earlier this year, Garson was seen filming scenes for “And Just Like That…,” the upcoming “SATC” revival series slated for HBO Max. 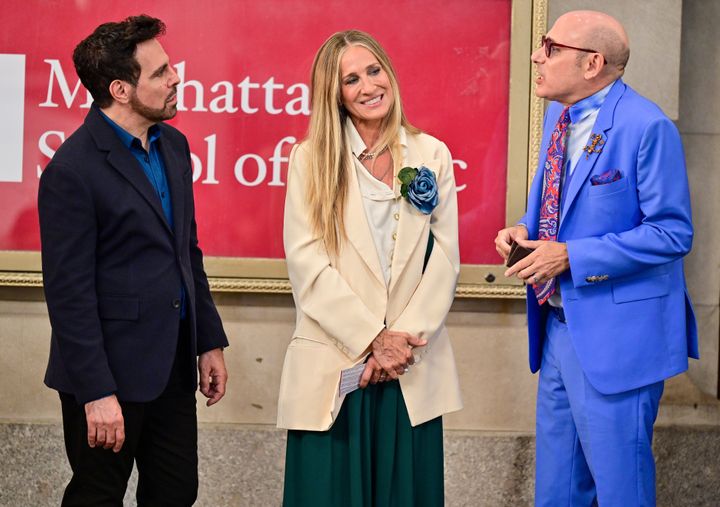 “We’re still the closest of friends,” Garson told US Weekly in June. “We talk almost every day.”