He’s finally home. Ryan Edwards was released from jail after his 90-day sentence on the Monday, July 1, Teen Mom OG episode, but he wasn’t about to start celebrating — and it seemed like his relationship with Bentley hasn’t changed one bit.

Mackenzie Standifer was excited for her husband to come home, but she wasn’t holding her breath that any major changes would be made. While she was out to lunch with Ryan’s parents, Jen and Larry, she admitted that she didn’t think he’d be too chatty about his jail experience — at least, not right away.

“I’m not expecting this to be some miracle when he comes home, and it’s all back to normal,” she said. “It’s gonna take a few weeks to decompress.” 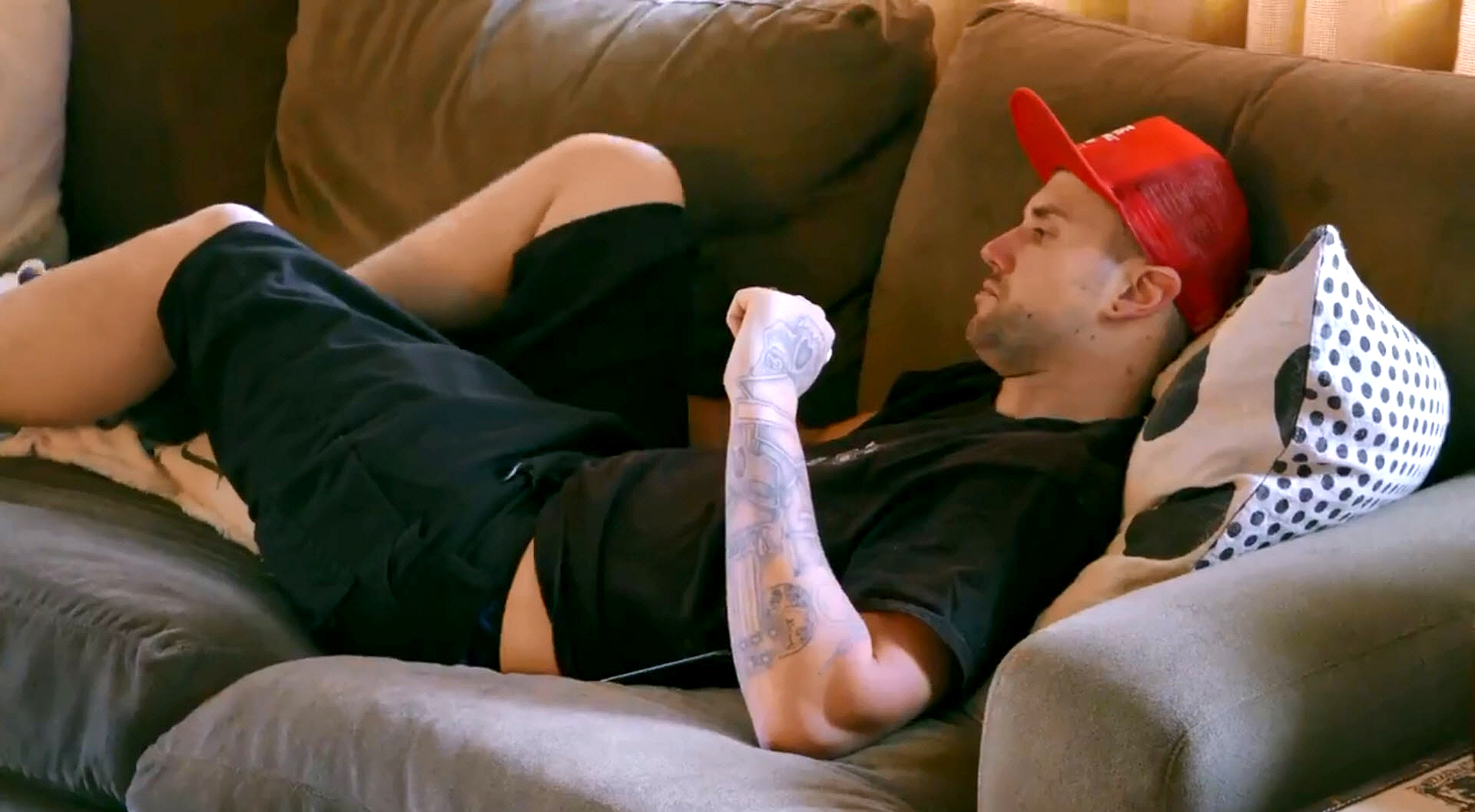 After checking with Bentley first, Maci Bookout agreed to let him go see his dad, but she was worried that Jen and Larry wouldn’t handle the situation in the way that she hoped, and she wanted Ryan to talk to Bentley about what happened one-on-one. “What I would love for them to do is say, ‘Hey Ryan, the second that Bentley gets over here, you need to have a f–king conversation with him. Man up, apologize, you need to talk to this child.’ But they’re not gonna do that,” she said.

When Ryan got home, he was unwilling to talk about his time in jail with MTV producer Kiki, so she spoke with Mackenzie, Jen, and Larry outside, who said he was in a dark place. Apparently, Ryan had watched people die in jail — including one of his buddies, who was stabbed 10 times — and he was having a hard time processing it all.

“He won’t leave the house,” Mackenzie said. “It’s just classic anxiety. … It’s sad to watch somebody go through all of this.”

When Bentley got home from Ryan’s, he said the only explanation that he’d been given was, “Daddy’s going through a lot,” and Maci was disappointed that they hadn’t had a more in depth conversation with him. “Ryan is a grown ass man. Ryan and his family think that he can go to rehab and then do his jail time and come home, and everything should be perfectly fine,” Maci explained. “They seem to forget that Ryan hasn’t been there for [Bentley’s] entire life.”

Meanwhile, Catelynn Lowell and Tyler Baltierra met with their adoption counselor, Dawn, to help find out how they can see Carly after two years with no visits, and they decided to make her a scrapbook in honor of her 10th birthday. Amber Portwood celebrated James’ first birthday, and after a pregnancy scare, she decided to go on birth control until she and Andrew Glennon were ready to have more kids.