BEVERLY HILLS, Calif. — DC Comics has been forging a successful relationship with CW since 2012, collaborating to bring the comic book adaptations “Arrow,” “The Flash,” “Legends of Tomorrow” and the CBS transfer “Supergirl” to the network’s prime time schedule. On Oct. 6, the latest addition to the Arrowverse will arrive: “Batwoman,” based on Batman’s Gotham-dwelling crime-fighting cousin, Kate Kane, who is, notably, a lesbian.

“I’ve never been given an opportunity in film or TV to play an emotional character, and to cry or yell or scream or unravel — whatever it is,” Rose said. “[‘Batwoman’] was the first time where I was dealing with full-fledged back stories, full human being, fully developed.”

Batwoman has made appearances in animated film and TV shows, but Rose’s depiction will mark the character’s first incarnation in live-action form. Taking on the role of a beloved comic book character already comes with intense pressure, but the announcement of Rose’s casting last summer elicited an added layer of scrutiny: Some fans dissented on social media and suggested she wasn’t gay enough for the part. Rose, 33, responded on Twitter, writing that she found the idea to be “the funniest most ridiculous thing I’ve ever read,” and that she’d come out of the closet at age 12. She then quit Twitter altogether.

In an August interview at the lobby bar of the Beverly Hilton Hotel, Rose spoke about Batwoman’s demons, fan skepticism and her “controversial perspective” on who should be allowed to play LGBT characters. These are edited excerpts from the conversation. 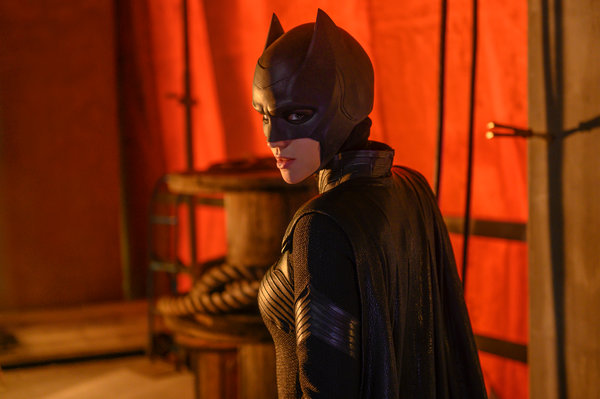 How do you navigate playing a character comics fans are already so invested in?

I get it and I appreciate it. It comes from a place of passion, and these comics meant so much to these people growing up. They have their own idea of what that would look like if it was live-action, who they would like to play that character, what they would like the story to focus on. “Handmaid’s Tale,” amazing book. “Big Little Lies,” great book. Until the show is airing and people are watching it, people are kind of like, “I don’t think that person should play that” or “I didn’t imagine that kind of role was played by this kind of person.” And then they watch it and those shows are brilliant.

You left Twitter shortly after there was some fan backlash to your casting. Were the two related?

I was finding it really depressing way before the “Batwoman” thing, so I was happy to get rid of it. When the “Batwoman” stuff happened I was like, “Well, now’s a good enough time.”

You adapt a book, a comic, you reboot a series, anything like that, people are kind of fixed on how they receive the information and the content and the stories. I auditioned a lot for the role. I think I’m doing a good job. I love the pilot, I love what I do. I can’t please everybody and some people will love it, some people will like it, some people will have thought I wouldn’t be good and might be impressed. Some people might be like “I still hate her!” And that’s fine. That’s life. I’m not going to be on my deathbed one day like, “I wish strangers on the internet that I never met liked me more.” I’m going to be thinking, “This is so awesome I got to play Batwoman for the first time, and no one else had played her.” That’s my legacy and I’m going to own that.

It’s just narcissistic and weird. I don’t feel comfortable and I don’t think we’re going to get the response we want. I can’t.

CW wanted to find an openly queer actress to play this role. How did your identity inform the show and the character?

I have a controversial perspective on that kind of thing. What Cate Blanchett said was amazing. She was sort of like, “I will live and die to be able to play the characters that I want to play.” In regards to when she was in “Carol,” when she played Bob Dylan [in “I’m Not There”] — she’s an actor and she thinks actors should be actors, and I don’t think they always need to be gay to play gay. I also don’t always want to play gay because I’m gay. Like “L Word” — there were plenty of people that were gay. Some were straight, some were gay and hadn’t come out yet, but it still changed my life. It still had an impact on me and the stories were told beautifully, and they were done in a way that felt real and authentic.

[The “Batwoman” executive producer] Caroline [Dries] is gay as well, and she was like, “Now that I’ve actually seen you in the pilot, I don’t know if we would have found the right person if it wasn’t for you.” Because we delved away from a love story of me, being gay and having an ex-girlfriend and what that looked like, to kind of doing the military stuff and facing other challenges like the family dynamic. I guess I pulled a lot from personal experience and other people’s stories and friends in the community; in this situation, it probably did make sense. It’s one of those things you don’t know until you’re in it.

How do you differentiate Kate Kane from Batwoman?

Batwoman is kind of like Batman. She’s sort of no-nonsense, very stern. She’s cheeky but she doesn’t speak a ton, and when she does, she kind of does a lower voice, hiding her identity. When I do fight sequences and stunts as Batwoman, I do the Alexander Technique, where we study the bat and study the movement. Even the head movements are kind of batlike, so it feels like two different people.

How did you find your way into Kate?

Kate has been through a lot. She’s broody because she’s lost everything. Her sister died, her mum died, her dad doesn’t want her. She’s kicked out of the military and her girlfriend lied to stay in the military. She’s trying to deal with so much trauma that there’s not a lot of room for happiness. She’s got a purpose with Batwoman, and so she’s getting lighter, but those first few episodes, I was going home at night and having to have a bath and fully cleanse. Because when you’re that upset, you’re taking on all of those traumas. They’re not yours, but you start to really feel them.

I think that she carries all this heaviness like Bruce Wayne, in the Batman world. She puts a lot of pressure on herself. She doesn’t act like a victim in any way, but she’s always trying to push through and she’s always strong. I’ll stop for a minute if something is traumatic. Or if I’m going to deal with something, I’ll go to a therapist; I’ll see my friends. I’ve overcome things and I feel great. She doesn’t do any of that stuff, so she’s kind of just figuring it out. She’s more lost than I am. At my age, I feel like I’m pretty together. Kate, I feel like, is on a journey to self-discovery. 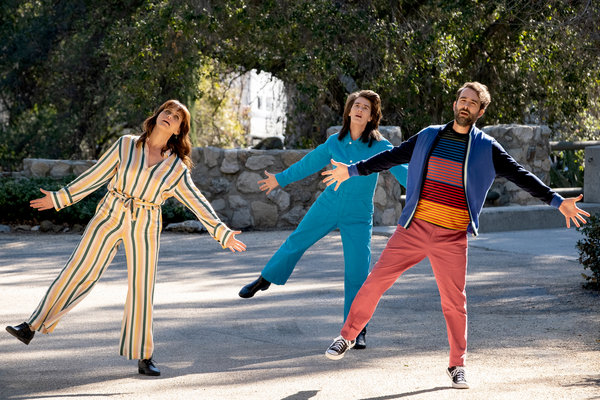