2022 may have just started, but Jordan Brand is already bringing the heat. The latest red-hot release from the Jumpman is the Air Jordan 4 “Red Thunder,” outfitted in a classic and always popular red-and-black color combination inspired by the Chicago Bulls. The release harkens back to 2006’s “Thunder” release (and a 2012 reissue), replacing the older shoe’s “Tour Yellow” accents with hits of crimson. Since its debut at the 1989 NBA All-Star Game in Houston, the model has remained a fan favorite, distinguishing itself with signature netting on the upper and plastic lace eyestay wings.

To gear up for the release of the Air Jordan 4 Retro “Red Thunder” on January 15, we take a look back at some of the most memorable variations of the AJ4 over the years, all available on GOAT. 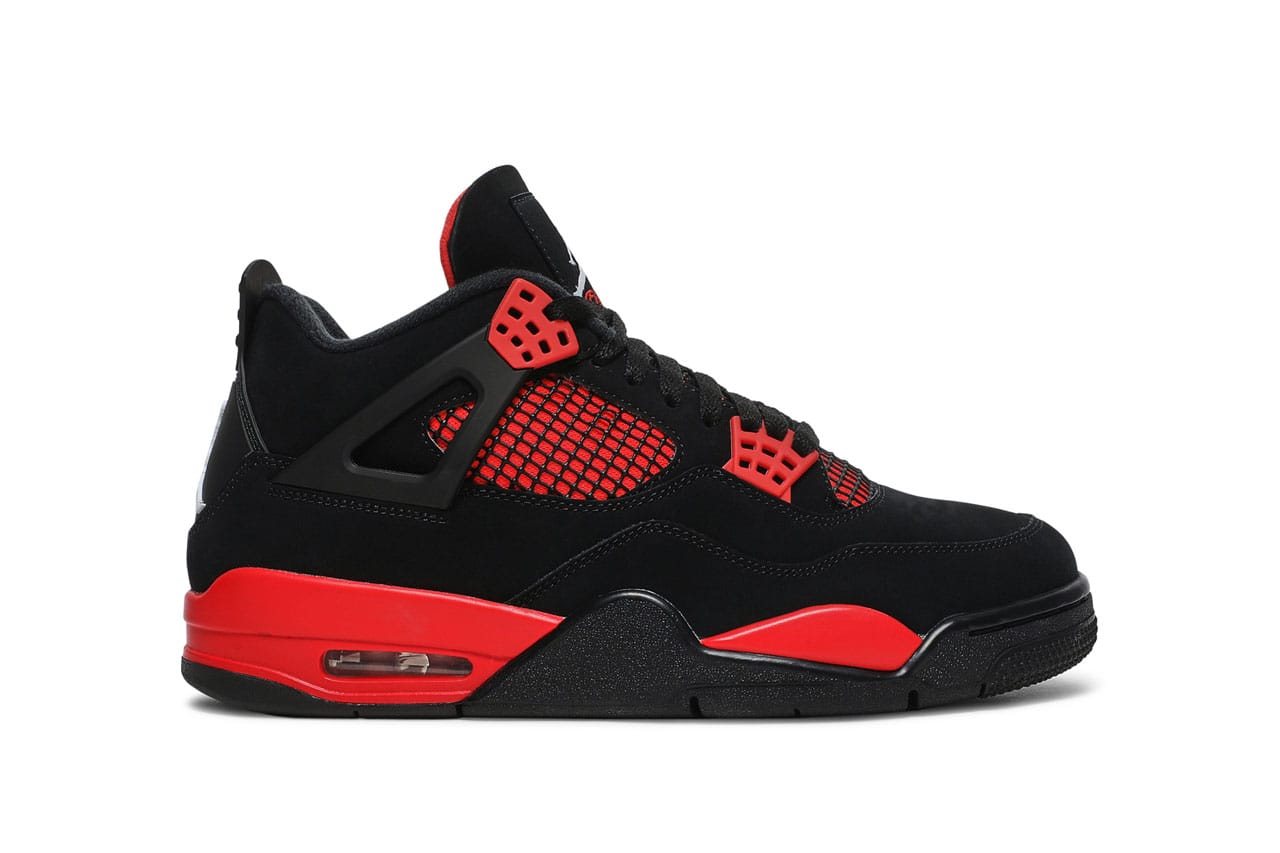 The Air Jordan 4 Retro “Red Thunder” is a variation on the AJ4 “Thunder,” which dropped in 2006 and was released again in 2012. The new iteration replaces its predecessors’ vibrant yellow with pops of deep crimson. The shoe is grounded by stark black, arriving on the nubuck upper, tongues, laces, cage heel counters and netting. The sneaker’s eponymous hue hits beneath the netting, eye stays and on the interior sides of the tongues, resulting in a flawlessly executed Chicago Bulls-inspired colorway. 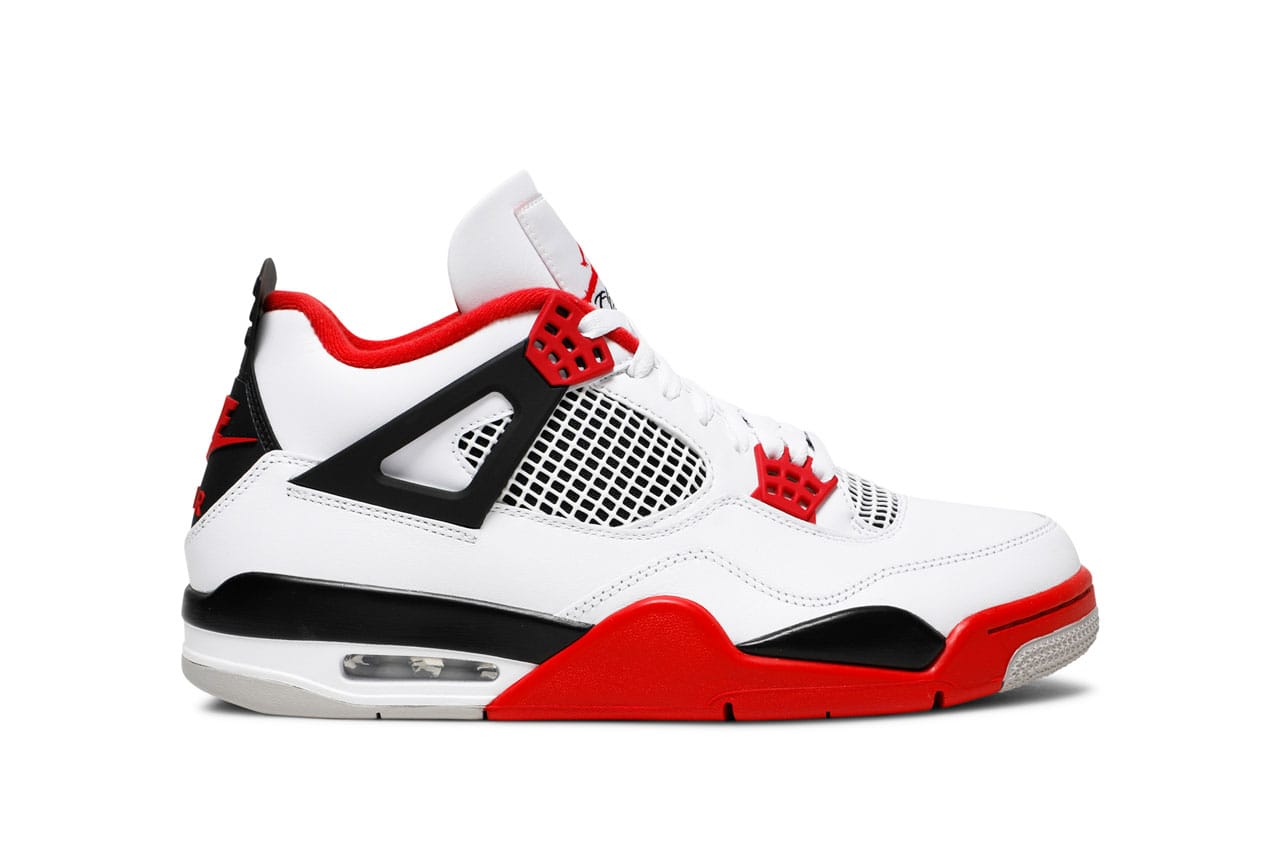 The 2020 release of the Air Jordan 4 Retro OG “Fire Red” brought back a classic colorway from 1989. Chalk full of Jordan heritage, the sneaker’s clean build shows off a white leather upper with black and “Fire Red” detailing. The reiteration stays true to the original, even adopting its predecessor’s packaging and the NIKE AIR tag on the heel. 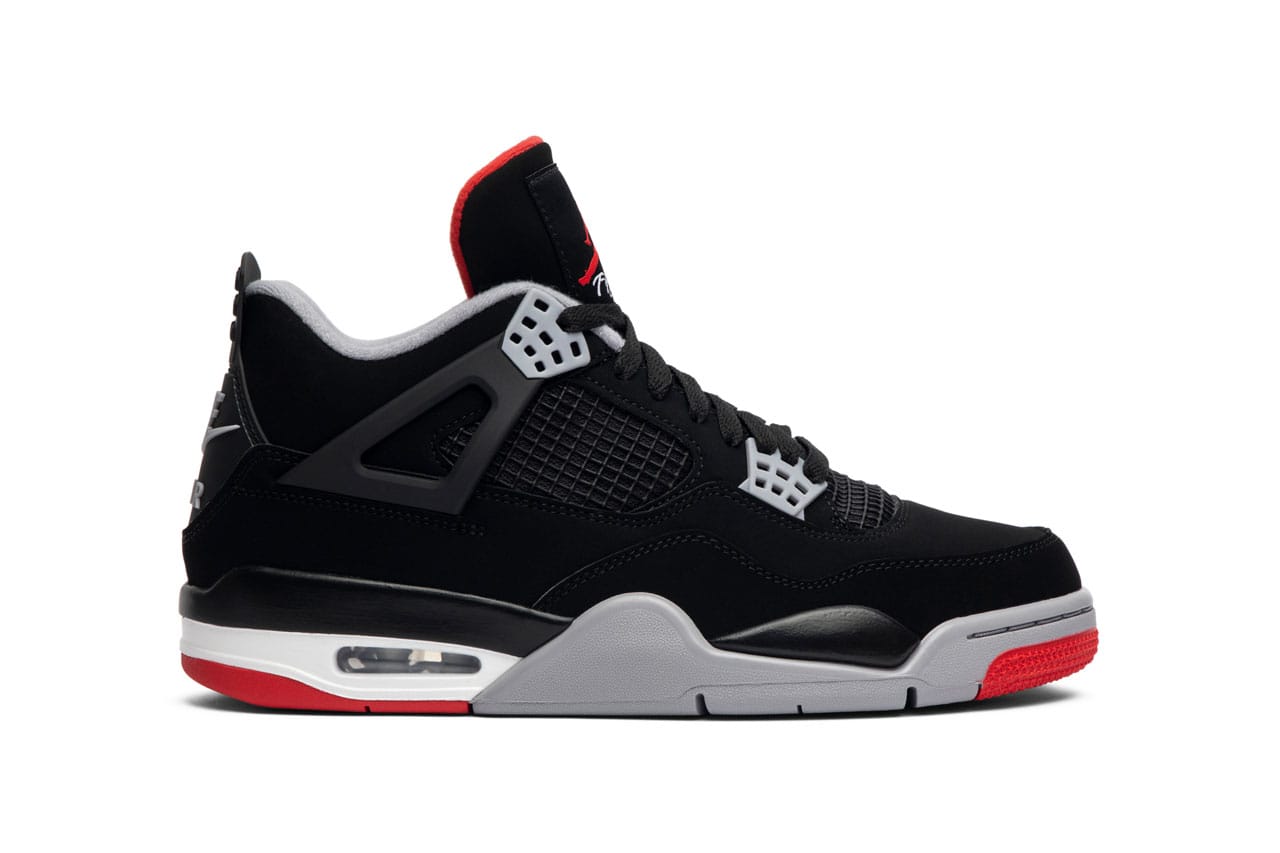 Much to enthusiast’s delight, the 2019 release of the Air Jordan 4 Retro OG “Bred” — which marked the 30th anniversary of the fan-favorite silhouette — brought back elements that the previous 2012 release lacked. NIKE AIR branding appears on the heel tab, a detail that hadn’t been featured on the AJ4 “Bred” for over 20 years. The design remains true to the original and features a mixture of black, grey, and “Fire Red” throughout the nubuck and vented-mesh upper with a signature Air unit underfoot. 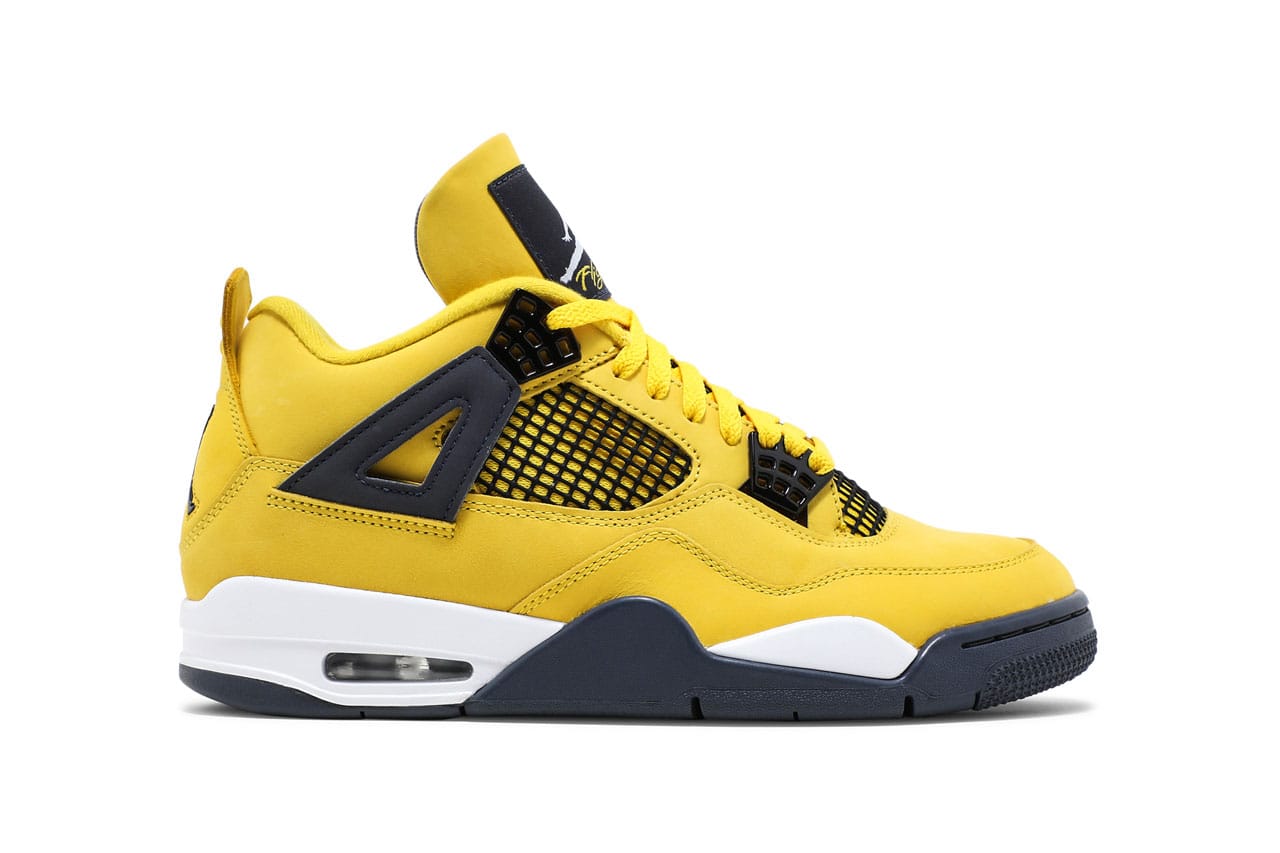 15 years after its original release in 2006, the Air Jordan 4 Retro “Lightning” returned for the first time and solidified its grail status just last year. The silhouette’s striking colorway is a cult classic of the Jordan 4 catalog with a “Tour Yellow” Durabuck upper complemented by black panels and grey eyelets. In typical AJ4 fashion, the shoe’s build features the standard Air unit for cushioning and Jumpman branding throughout. 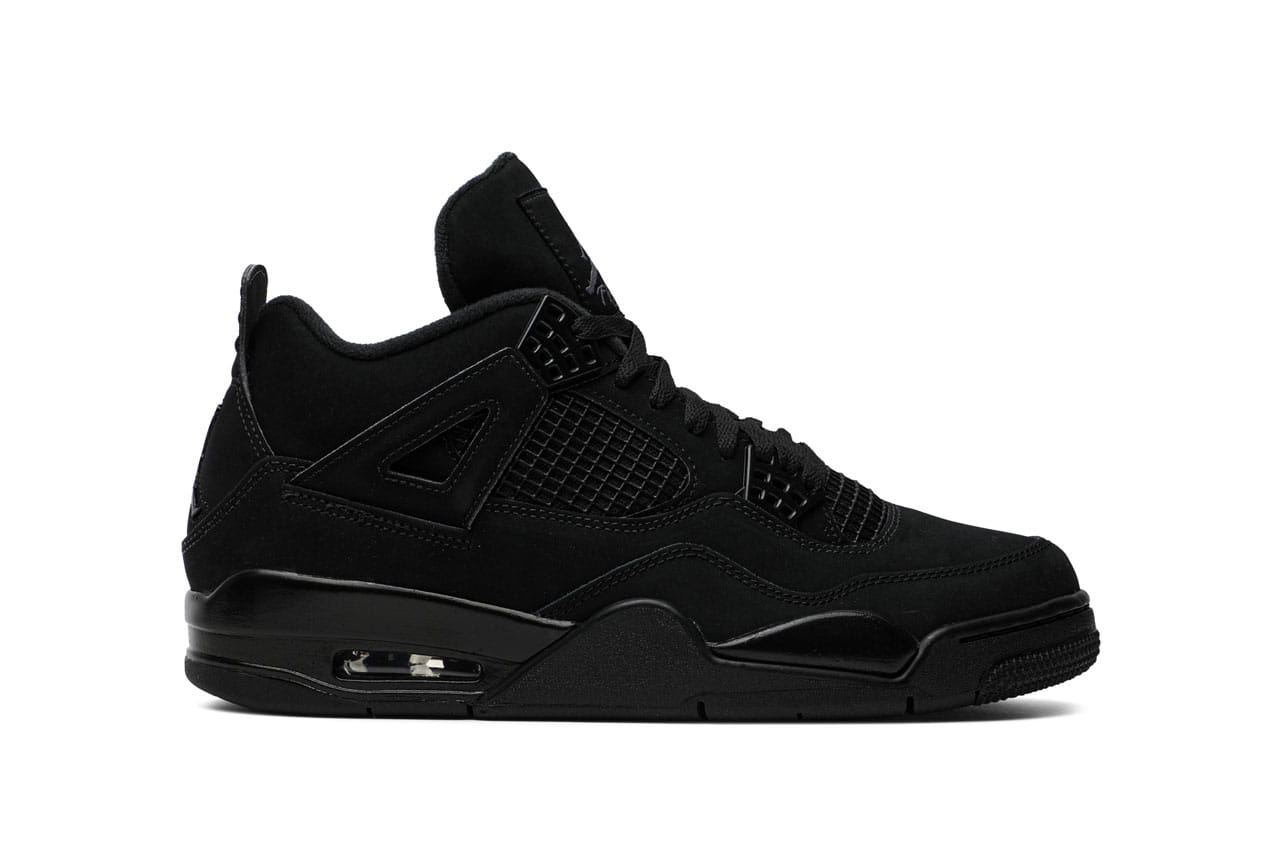 The Jordan 4 silhouette received a monochromatic update in 2020 with “Black Cat,” a moniker that references one of Jordan’s many nicknames, inspired by the way he moves on the court. First introduced in 2006, this reissue maintains the original’s design DNA. Black nubuck suede swathes the sneaker’s upper while matching hardware and outsoles complete the blacked-out design. Traditional Jumpman branding appears on the tongue tag in a subtle dark grey. 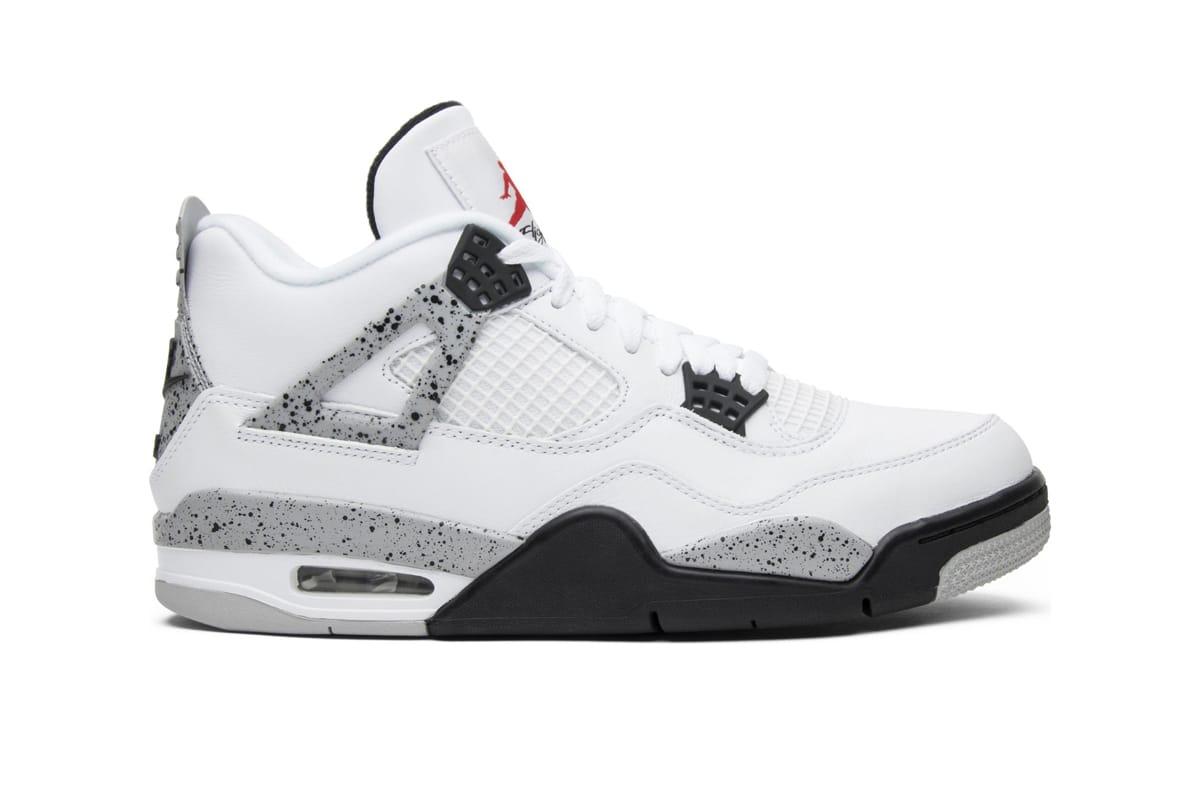 The Air Jordan 4 “White Cement” is known as a classic, debuting in 1989 with a white, black and speckled gray colorway with popping red accents. The 2016 re-release brings back the original branding and intricate details, including the unique NIKE AIR marking at the heel. 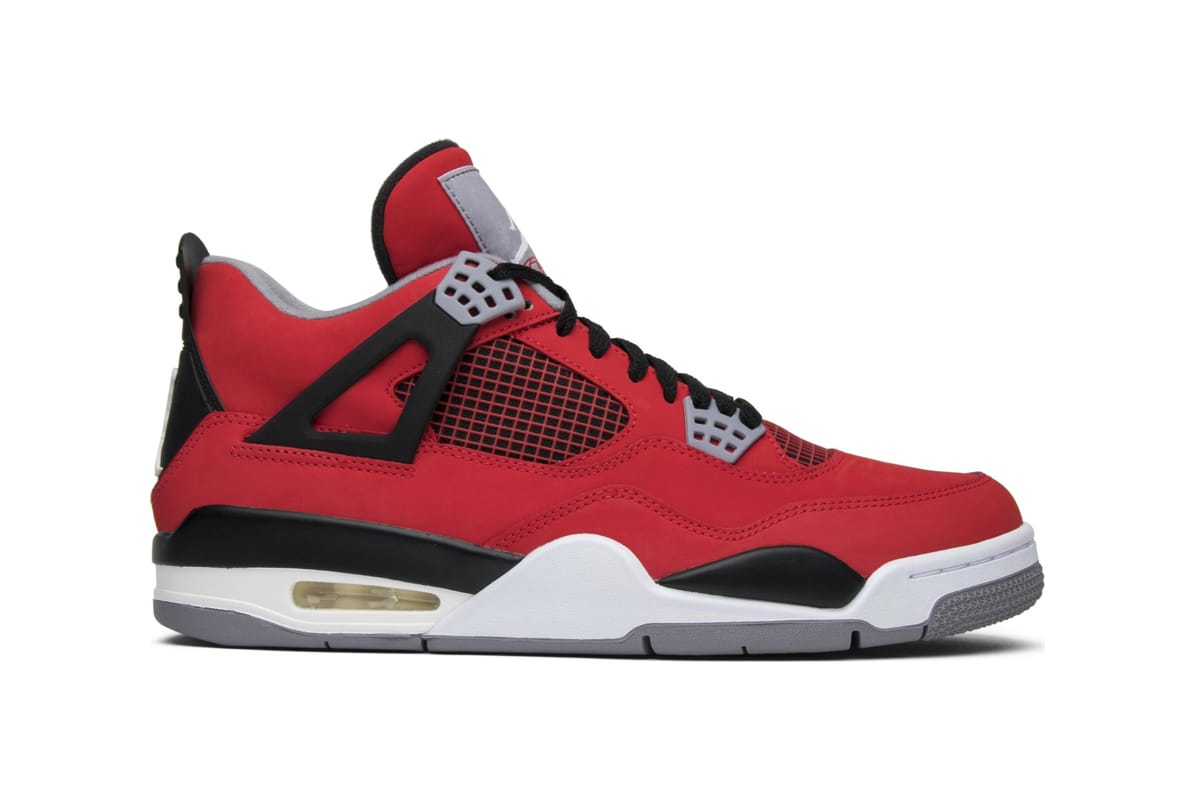 The Air Jordan 4 “Toro Bravo” was much talked about when it was unveiled in 2013, standing out with a predominantly red nubuck upper. The bright crimson is offset by hits of grey on the tongue, lining, eyestays and outsole, appearing without the typical speckled cement look. A white midsole and additional black details complete the shoe. 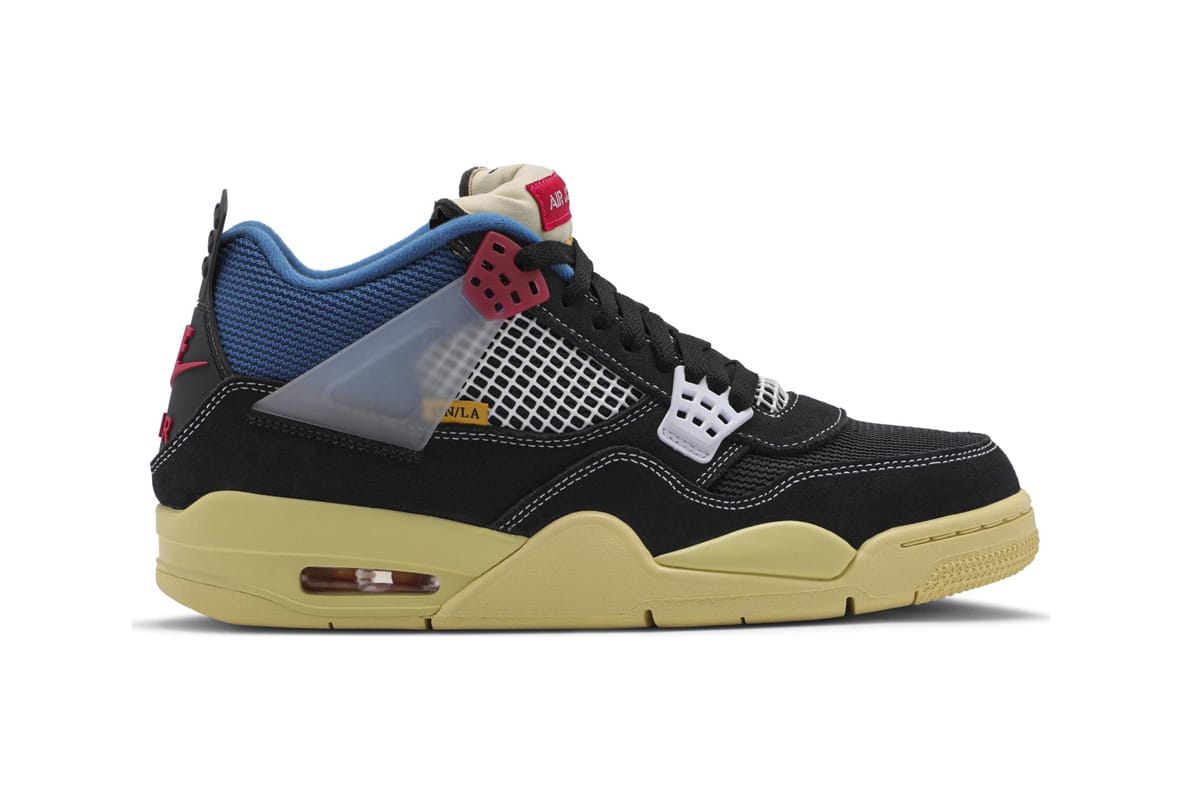 As a follow-up to Union’s collaborative Air Jordan 1 release from 2018, the LA-based retailer and Jordan teamed up to release the Air Jordan 4 “Off Noir” in 2020. Featuring a black suede upper, the sneaker includes a bevy of elements that make it easily distinguishable, including a flipped-down tongue inspired by Union founder Chris Gibbs’ childhood, translucent wings, contrast stitching and an intentionally-yellowed mid and outsole.
Source: Read Full Article