Review: A Mexican Medea Heads to New York in ‘Mojada’

The woman who dreams of flying has made a prison of her life. Portrayed with an impassive mien and a wounded gaze by Sabina Zúñiga Varela, the heroine of Luis Alfaro’s spirited, mournful “Mojada” is first seen holding two outsize tropical leaves as if they were wings, like a bird about to take off.

Yet in Mr. Alfaro’s play, which opened on Wednesday night at the Public Theater, she remains hopelessly and helplessly in place in the tiny yard of the ramshackle house in Corona, Queens, that has become her provisional home. The idea of stepping beyond its confines into a busy, noisy, unknown city freezes her with terror. A Mexican immigrant who crossed the desert to enter the United States without papers, she has perhaps traveled too far and too eventfully already.

But don’t write off this fragile-looking figure as defenseless. When her time comes to exact revenge for the many betrayals she has experienced, she will know exactly what to do.

Her name, after all, is Medea.

For Mr. Alfaro, Greek tragedy is a movable funeral banquet, always ripe for relocation and recontextualization in the latter-day Latino world. His earlier plays include “Electricidad,” a riff on “Electra,” and “Oedipus El Rey,” seen at the Public two years ago. And the New York “Mojada” follows earlier versions set in Chicago (in 2013) and Los Angeles (2015).

In each case, he has tailored the archetypal tale of an abandoned lover’s grisly vengeance to suit the city in which it is performed. Thus “Mojada” takes place amid a gentrifying Corona, invaded by New York hipsters in search of available real estate.

Not that its central character knows anything about this fast-changing neighborhood, other than what she hears from the few people she ever talks to. The most inspired notion of “Mojada” is that this 21st-century Medea, wrenched from the only home she ever knew, is now incapable of inhabiting the wider world. She’s a woman without a country, destined to live in limbo.

But the world nonetheless comes to her, in a vibrant rush of gossip and anecdotes. The news bearers include Medea’s lover, Jason (Alex Hernandez, handsome enough to kill for), their young son, Acan (Benjamin Luis McCracken); and, most entertainingly, her longtime family servant, Tita (the enjoyably earthy Socorro Santiago), and a buoyant street cart vendor, Luisa (Vanessa Aspillaga, in a scene-stealing performance), who goes by her “hipster name” Lulu.

“Mojada,” which roughly translates to a derogatory term for Mexican immigrants, features long and all-too-topical monologues in which Medea describes her harrowing journey from Mexico. And its plot follows, almost to a fault, the bloody, fatalistic story laid down by Euripides in his “Medea,” from the fifth century B.C.

But the production is most convincing, and affecting, as a prickly comic portrait of 21st-century America as seen by someone forever on its margins. The industrious, hard-smiling Jason — a rising star in the employ of a Queens renovator — keeps urging Medea to try to fit in. “Be like this place,” he says. “And you will see, we will be in charge for once.”

But Medea has neither the temperament nor the inclination to assimilate. Pilar (a hard, enameled Ada Maris), the glamorous Cuban immigrant who is Jason’s boss, makes disapproving note of Medea’s timidity when she visits the family for dinner. “Back home I was taught to be humble and patient,” she says. “That doesn’t work here. Here it’s a sign of weakness.” 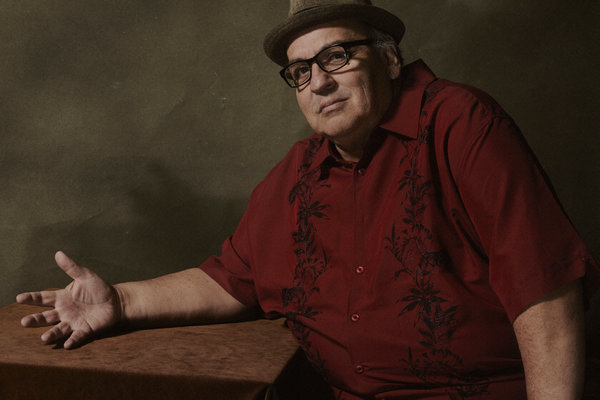 That Medea is indeed, for most of the play, “humble and patient” throws a spanner into the dynamics of classical tragedy. Euripides’ Medea — a princess and sorceress, and an active accomplice in her husband Jason’s heroic triumphs — was never a doormat. She was a woman of fiery eloquence and (to put it mildly) agency from the get-go.

Mr. Alfaro’s Medea is an innately passive being, who takes action only when she is pushed too far. The revenge she exacts when Jason leaves her for the older, worldly Pilar (spoiler, but you knew, right?) is by no means unmotivated, beyond the issue of a lover’s infidelity. Medea’s documentary-detailed account of the abuses she suffered while being smuggled into the States, led by Jason, gives her plenty of cause for acting out.

But as written and played, this Medea, in her pristine white dress (Haydee Zelideth did the costumes), is less a tragic heroine for whom character is fate than a sort of every-immigrant, defined more by sociology than psychology. The more mythic aspects of this Medea are established through her identification with the bird called the guaco (the laughing falcon). But such flourishes feel more like arresting grace notes than intrinsic to who she is.

Mr. Yew mostly fails to generate the kind of thrumming ominousness that the story requires. And though there are screams and copious bloodshed for the gory conclusion, it remains oddly unstirring.

“Mojada” is at its most entertaining as an evocation of an exhaustingly ambitious nation in which the failure to be self-serving and self-promoting is a cardinal sin. Its most ruthless side is given life by Ms. Maris’s acquisitive boss. In contrast, Ms. Aspillaga’s Puerto Rican-born churro vendor embodies, with irresistible gusto, the life force within American getting and spending.

“I think every Latina woman should have a big ass,” she says to Medea. “I do! We should look like where we come from — plump and full of possibility.”

Don’t make the mistake of falling in love with her, though. Ms. Aspillaga’s Lulu makes it clear that when trouble comes, it’s everyone for herself in this merciless new land. The greatest tragedy for this Medea may be that she ends up so utterly and abjectly alone. 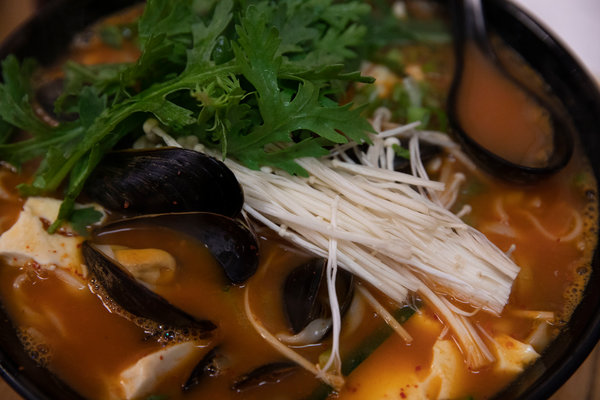 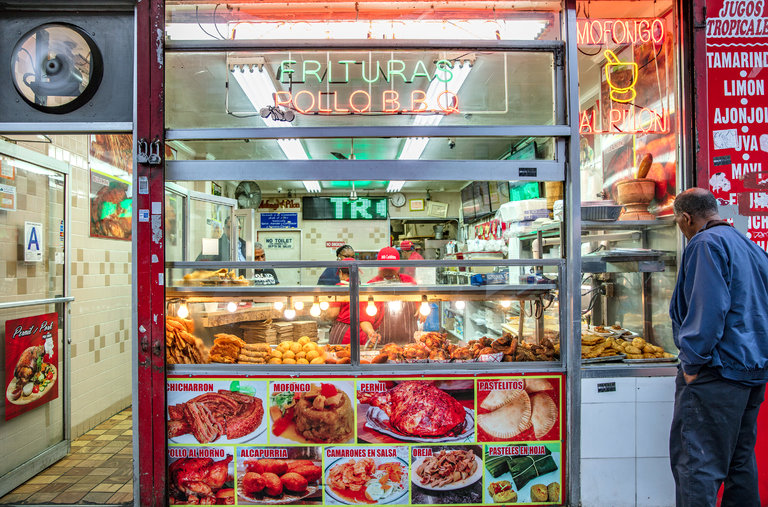 When you purchase a ticket for an independently reviewed play or musical through our site, we earn an affiliate commission.

This information was last updated on July 17, 2019

Ben Brantley has been the co-chief theater critic since 1996, filing reviews regularly from London as well as New York. Before joining The Times in 1993, he was a staff writer for the New Yorker and Vanity Fair.