“Many movements have to walk through a little bit of ridicule and laughter before they can shift to people thinking, ‘Oh, they were right.’” 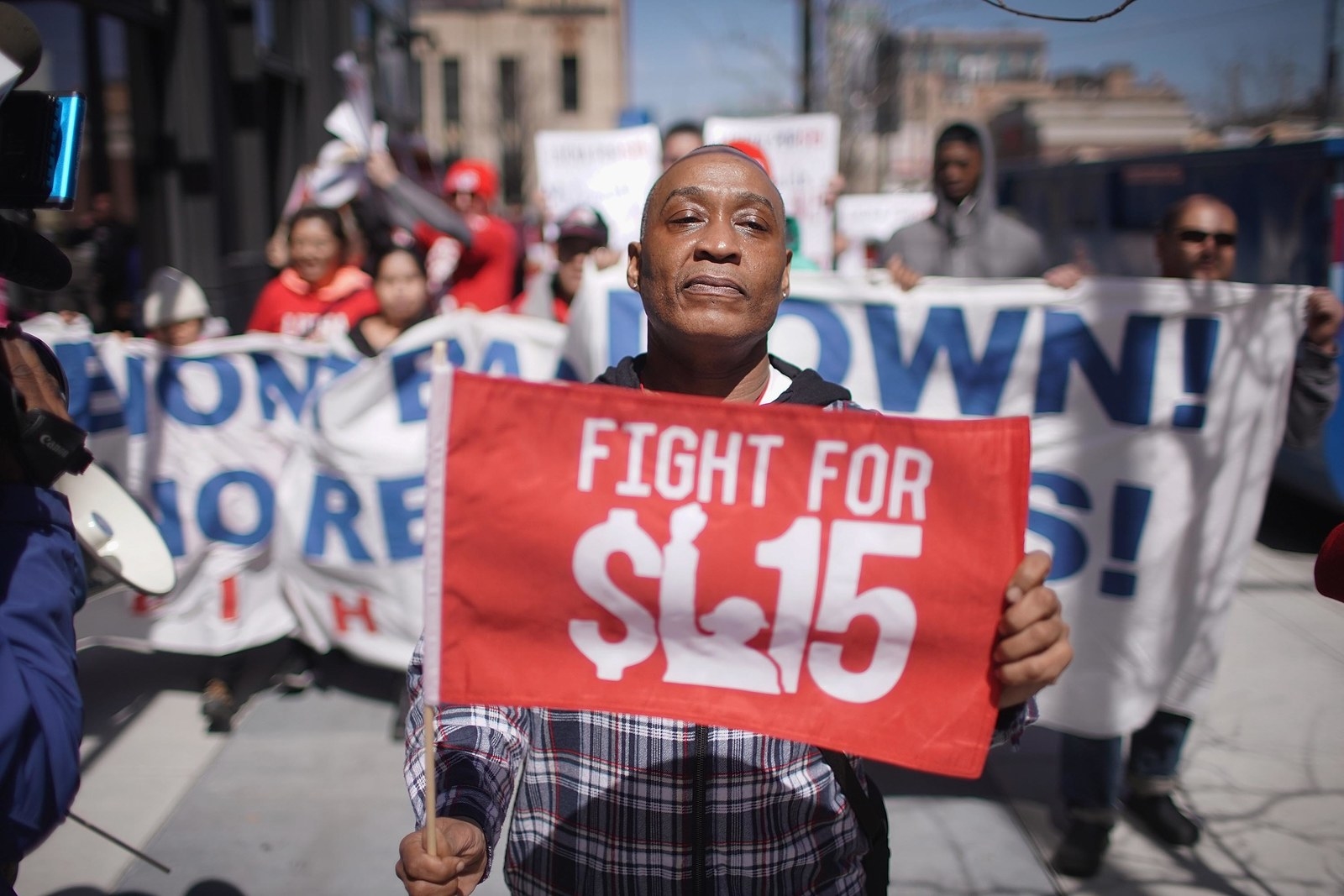 Demonstrators march in front of the McDonalds Headquarters demanding a minimum wage of $15-per-hour and union representation on April 03, 2019 in Chicago.

WASHINGTON — During his 2013 State of the Union address, the first of his second term, former president Barack Obama proposed something shocking.

“Tonight, let’s declare that in the wealthiest nation on Earth, no one who works full-time should have to live in poverty, and raise the federal minimum wage to $9.00 an hour,” he said. “We should be able to get that done.”

Around the same time, former senator Tom Harkin of Iowa went even further and proposed raising the minimum wage to $10.10 an hour. But progressives wanted more.

“I remember Tom Harkin calling me and saying, ‘$15? Mary Kay, what are you doing?’” Service Employees International Union (SEIU) President Mary Kay Henry told BuzzFeed News with a laugh during an interview Wednesday.

Today, a $15 an hour minimum wage is the standard in the Democratic Party, and on Thursday morning, the House of Representatives passed a bill that would raise the federal minimum wage from $7.25 an hour to $15 an hour over the course of six years.

The bill is unlikely to get a vote in the Senate or a signature from President Donald Trump. But if it did become law, the legislation would raise the wages of an estimated 33 million Americans, House Speaker Nancy Pelosi said at a press conference celebrating the vote Thursday morning.

It’s a major achievement for progressives, who, in less than a decade, brought a $15 minimum wage from the realm of the radical to passing with much fanfare in the House. Its success also offers a road map for the left, one they believe they can use to make other progressive priorities like Medicare for All, the Green New Deal, and free college the party line.

“Really being able to build a coalition that is broad and diverse and has resources, has staying power, and is spread out across the country is very, very useful,” Congressional Progressive Caucus (CPC) co-chair Rep. Pramilla Jaypal said in an interview with BuzzFeed News ahead of the vote. “Each of these things on their own wouldn’t be sufficient.” 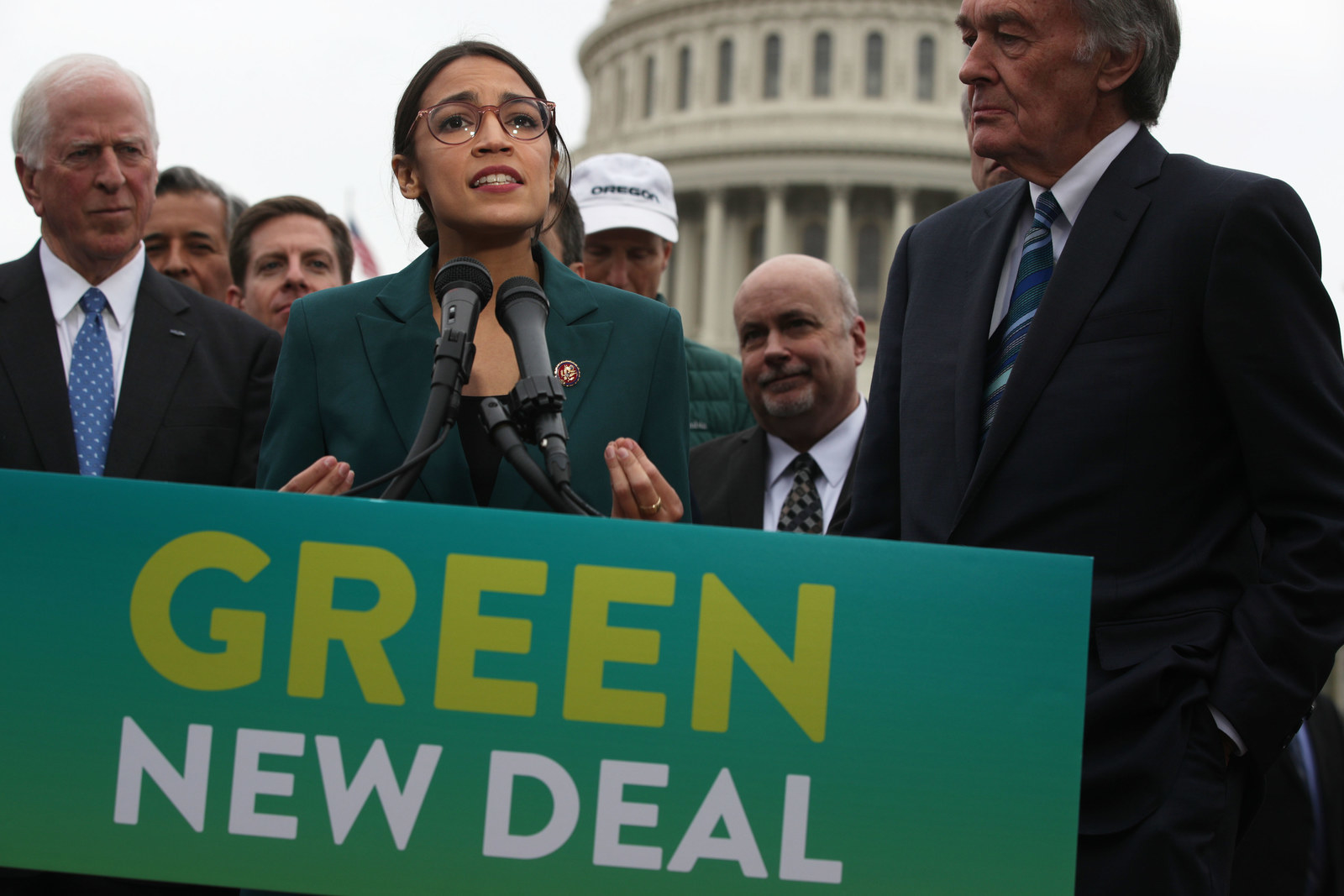 Recreating that diverse group of backers and securing the support of organized labor, Jayapal said, are two vitally important steps for progressives as they push for their other priorities, a sentiment that was echoed by many of her current and former colleagues in interviews.

Rep. Ro Khanna, who is also a member of the CPC, told BuzzFeed News Thursday he sees the fight for $15 as a playbook for other progressive priorities, particularly on other economic issues.

“A few years ago, the idea of a $15 minimum wage was resisted even by liberals in our own party. Now it’s being embraced by New Democrats and Blue Dogs,” he said, referring to moderate groups in the party. “It shows that when you have a strong economic argument and a populist message and you mobilize, you can win the debate. We can certainly do it on Medicare for All, because the economics make so much sense … I think that will be the next big one.”

The fight for $15 began in earnest in 2012, when hundreds of fast food workers in New York walked off the job demanding higher wages. In 2014, Rep. Raul Grijalva, then the co-chair of the CPC, joined striking workers in Phoenix, and the next year, along with the caucus’s other leader, former Rep. Keith Ellison, introduced the first $15 minimum wage bill in Congress. Around the same time, progressive leaders joined Senate cafeteria workers as they walked off the job, chanting, “$15.00 and a union.”

“We united with them. We didn’t fall into the mistake and the trap that members of Congress could move this thing,” he said. “Members of Congress can vote, but they cannot mobilize and organize and educate across the country, and that’s what those groups did. And they didn’t just do it in DC. They did it everywhere.”

And the strikes themselves were critical, Henry, the SEIU president, said, arguing a willingness to truly upend the status quo is essential for bringing other progressive and workers’ rights priorities into the mainstream.

“It’s insufficient to mobilize or take a day of action. We have to be willing to disrupt business as usual,” Henry said.

A $15 minimum wage was, along with Medicare for All and free public college, part of Sen. Bernie Sanders’ 2016 platform, a plan the party dismissed as too radical at the time. But when Sanders introduced single-payer legislation in the fall of 2017, the bill picked up 16 co-sponsors in the Senate, many of them high-profile Democrats now running for president who have embraced Medicare for All on the campaign trail.

The left has faced a similar fight over the Green New Deal — a progressive climate and jobs creation plan — that Pelosi recently dismissed as “the green dream or whatever.”

But getting laughed at is proof you’re on the correct track, Henry said. “It’s really important to recognize the initial ridicule as you being bold enough,” she said. “Because I think many movements have to walk through a little bit of ridicule and laughter before they can shift to people thinking, ‘Oh, they were right.’” 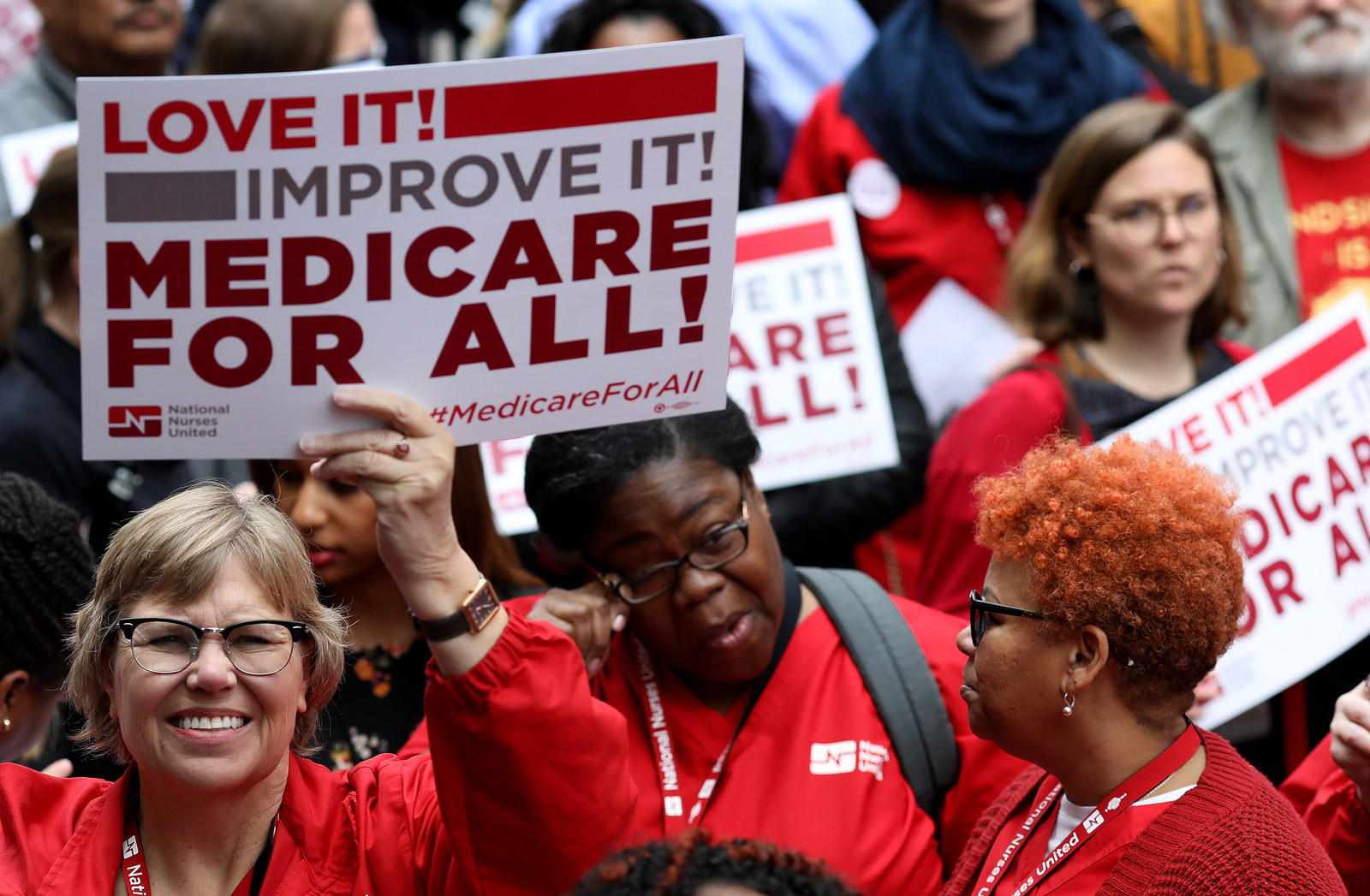 Protesters supporting Medicare for All.

There was, as there tends to be with House Democrats, last minute drama with the minimum wage plan. In a statement Wednesday evening, the Jayapal and her co-chair Rep. Mark Pocan said they were prepared to sink the bill if Republicans or moderates tried to make any last minute changes to the legislation.

“There is a point at which 15 is losing its meaning or its value literally every year that we delay, and I think that there is a sense that we are at the end of what is possible in terms of diminishing this bill,” Jayapal told BuzzFeed News ahead of the vote. “We were just making it clear that we really can’t afford — workers can’t afford — any other diminishments to this bill. We wanted to make sure it was clear.”

A procedural vote that would have allowed for the last minute changes progressives feared failed on a close 210-218 vote. Soon after, the House officially passed the bill.

While Thursday’s vote is a major success for the left, advocates say a $15 minimum wage is basically already outdated.

“We’ve been fighting about 15 for a long time, but in most of our citrites, we’re higher than 15 — or we should be,” Jayapal said. “If minimum wage had been adjusted for inflation we’d be around 21 or 22.”

Tanya Harrell, a 23-year-old McDonald’s worker and Fight for $15 organizer in New Orleans, told BuzzFeed News Thursday morning she sees Thursday’s vote as just the beginning. “It’s fantastic,” she said. “We’re doing a lot of amazing things. A lot of amazing things are growing, [but] we have a lot of things to still fight for, not just the wage.”

A strong union for all workers and protections against sexual harassment on the job at the top of Harrell’s list, and she said she won’t be swayed by naysayers.

“When I got into it people was always judging. ‘You want better go get a better job? Go get a better career,’” she said. “[But] you have to have patience … You have to always have your mind set on winning.”