Philip G. Freelon, an architect whose long list of credits includes museums and other cultural institutions devoted to the black experience, among them the National Museum of African American History and Culture on the Mall in Washington, died on Tuesday at his home in Durham, N.C. He was 66.

The cause was amyotrophic lateral sclerosis, also known as Lou Gehrig’s disease, his friend and spokesman, Michael J. Reilly, said.

In addition to the Washington museum and other notable buildings, Mr. Freelon designed or helped design the National Center for Civil and Human Rights in Atlanta, the Museum of the African Diaspora in San Francisco and the Mississippi Civil Rights Museum in Jackson.

The architecture firm Perkins & Will, with which his own firm, the Freelon Group, merged several years ago, described Mr. Freelon in a statement as “arguably the most significant African-American architect in recent history.”

And Lonnie G. Bunch III, the founding director of the National Museum of African American History and Culture and secretary of the Smithsonian Institution, of which it is a part, called him “one of the great architects of our time.”

Philip Goodwin Freelon was born on March 26, 1953, in Philadelphia. His father, Allan, was a sales and marketing executive, and his mother, Elizabeth Neal Freelon, was an educator. Allan Randall Freelon Sr., the Harlem Renaissance-era painter, was his grandfather, a connection Mr. Freelon credited with spurring his early curiosity about the visual arts, drafting and design. It was an area of interest, he told the sports and culture site The Undefeated, that was not a natural for a young black student.

“If you have a talented young African-American, their family will likely know a lawyer, doctor, teacher or a clergyman, but not an architect,” he said. “My parents, who were both college-educated, didn’t know an architect of any color, and certainly not a black one.” 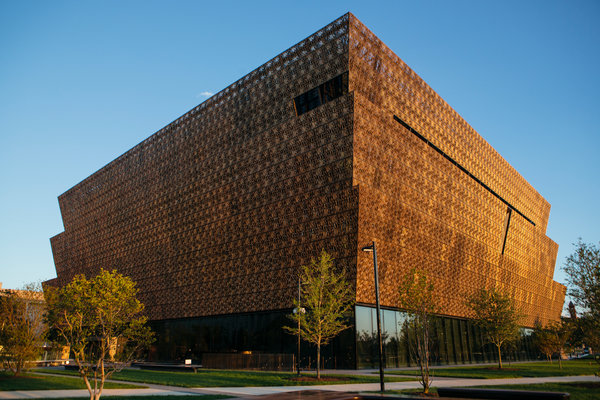 He enrolled at the architecture school at historically black Hampton University in Virginia, then after two years transferred to North Carolina State University’s College of Design, earning a bachelor’s degree in environmental design in 1975. In 1977 he received a master’s degree in architecture at the Massachusetts Institute of Technology.

In 1978 Mr. Freelon was made an instructor at North Carolina State, and he later taught at M.I.T. and other institutions. He worked as an architect for various firms before forming the Freelon Group in 1990. His firm, based in Durham, N.C., became known for its work on college campuses, libraries, museums and other public and cultural institutions, many of them in historically black areas.

“When I decided to start my own practice, I had a pretty good idea of what I wanted to do and not do,” Mr. Freelon told The Undefeated. “I wasn’t going to design prisons, strip malls or casinos.”

That didn’t necessarily mean a flashy project like a museum; it could be as utilitarian as the transportation center he designed for Durham in 2008.

“We do work for everyday people,” he said in a 2012 video interview with Arch Daily. “We think that it’s very important for the average person to experience beautiful, inspiring architecture not only when they go to a famous building, but every day.”

For his high-profile projects, he sought a look that spoke to the purpose of the building. The National Center for Civil and Human Rights, for instance, features an exterior of varying shades of wood, a tan-and-brown collage.

“It’s an expression of the variation in the people and the cultures that tells the story of civil and human rights, both here and abroad,” Mr. Freelon told The Atlanta Journal-Constitution in 2014, when the building opened.

Of the Mississippi Civil Rights Museum, which opened in 2017, Siddhartha Mitter wrote in The Village Voice, “He has split the museum facade into irregular but graceful panels with sharply angled lines; terra-cotta masonry soothes the tense geometry, serving as a gentle metaphor for conflict addressed but not erased.”

Mr. Freelon was part of a team that worked on the National Museum of African American History and Culture for years; he served as lead architect, with David Adjaye as lead designer. The resulting building is strikingly different from others on the Mall, with an exterior of bronze-colored aluminum.

“Most Mall museums are squat blocks, rooted in neo-Classical tradition,” Holland Cotter wrote in The New York Times when the African American museum opened in September 2016. “Timeless grandeur and stability are their messages, and you barely look at them twice. The new museum seems to change texture at every encounter, giving it visual intrigue and also implying a more contemporary understanding of culture’s fleet, contingent, it-depends-on-who’s-looking dynamics.”

The opening took place only months after Mr. Freelon learned that he had ALS, which attacks nerve cells in the spinal cord and brain. The previous year one of his legs had begun giving him trouble when he would jog around the Mall for exercise on visits to Washington.

“I noticed I’d use the same effort, but it was taking me longer and longer to complete my course, and my right foot was dragging,” he told The Undefeated.

He continued to work after his diagnosis. One recent project is an expansion of the Motown Museum in Detroit.

Although Mr. Freelon worked on many projects that may seem to be preoccupied with the oppression and struggles of black people, he did not view them as commemorating a negative.

“It’s not all about being a victim,” he told The Baltimore Sun in 2005. “The important part is that we persevered.”