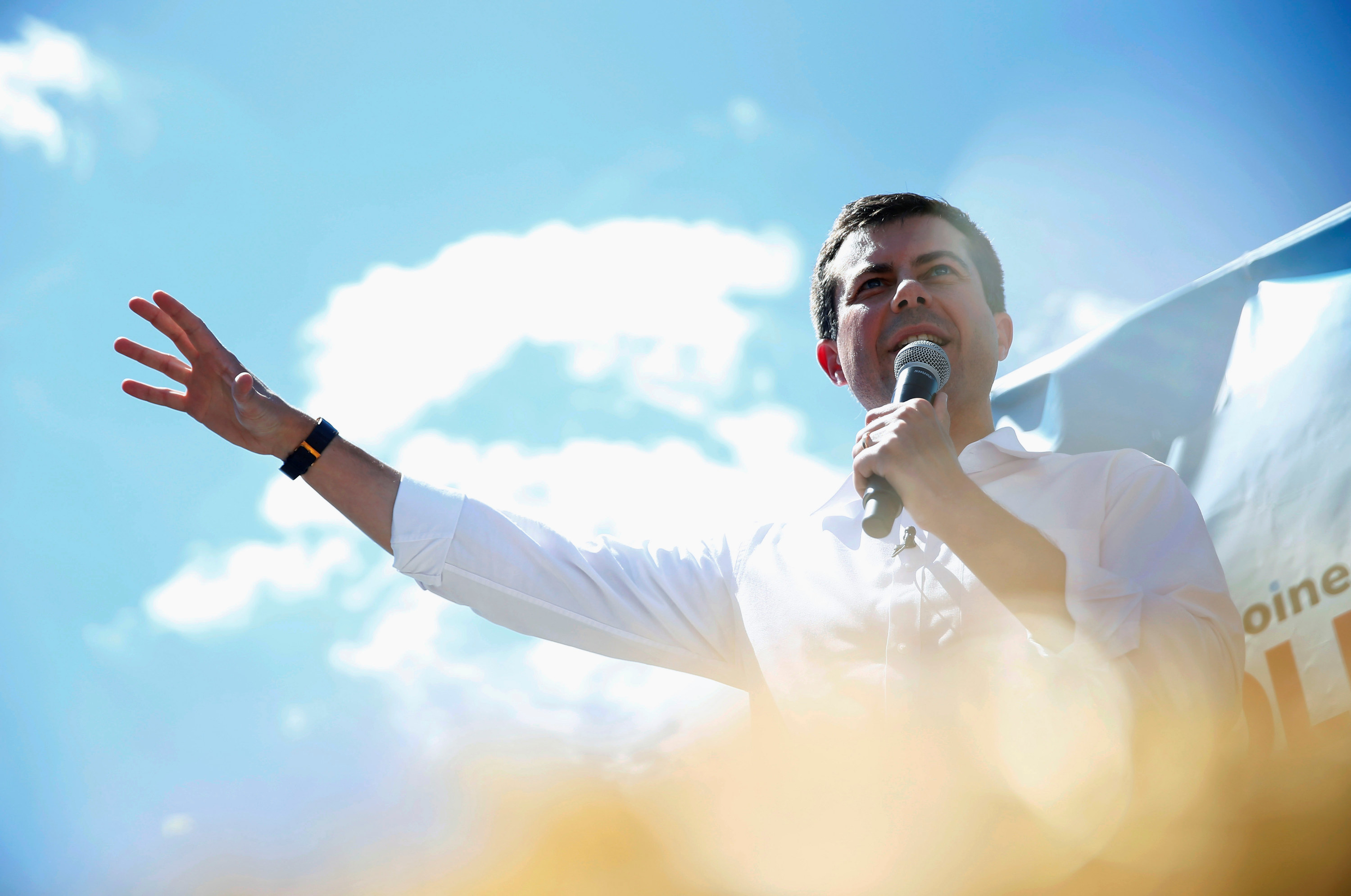 South Bend Mayor Pete Buttigieg released a new plan to address climate change Wednesday, pitching himself as someone who can bring all Americans together to fight the crisis with ideas that, while not as far-reaching as some other candidates’, could be more feasible.

“One thing that I think is different in our approach is: we are really focusing on how to rally Americans on getting this done,” Buttigieg told BuzzFeed News. “I think America always does better when we have a national project, and this is about mobilizing the American people. It’s not just about how dire it is if we fail; it’s about how much pride we can get if we get the job done.”

Buttigieg’s new plan, “Mobilizing America: Rising to the Climate Change,” proposes to have the US reach net zero emissions by 2050 at the latest, pour billions into funding federal clean energy research and development, and create more than three million high-paying jobs.

He released the plan just in time for Wednesday’s CNN town hall devoted to the issue. He’s one of the 10 Democrats to qualify for both the town hall and the third Democratic debate next week.

Drawing on his experience as mayor of a Midwest city, Buttigieg proposes to hold a “Pittsburgh climate summit” in his first 100 days in office, bringing together local leaders to share best practices on climate action, pool resources, and build plans for transitioning these local communities to 100% clean energy.

The idea is a pointed dig against President Donald Trump, who in his June 2017 speech announcing his intention to withdraw the US from the Paris climate agreement said he was elected to represent “Pittsburgh, not Paris.” (Buttigeg also said he’d have the US rejoin the international climate agreement.)

Buttigieg, who is 37, has pitched his entire candidacy as a moment of generational change, which is particularly central to how he views the climate crisis. “Certainly the longer you are planning to be here, the more you have at stake,” he told BuzzFeed News. “So as the youngest candidate in the field, I come at this not just from a policy perspective but also a personal perspective. Because, god willing, I’m going to be here in 2050 when we’re looking back at where we set ourselves up to hit those goals or not and find out perhaps the hard way what it took to make sure we dealt with this issue before it’s too late.”

As South Bend’s mayor, Buttigieg has had first-hand experience with natural disasters. “I live in a river city and I’ve had to do emergency response twice in a period of less than two years for storms that should just happen once in a millennia,” he said. “I’ve seen what happens if we don’t act, and I’m determined to make sure Americans understand this isn’t just a coastal issue, and it’s not a distant issue only — this is a nationwide issue.”

Buttigieg’s plan would also put a price on carbon. Specifically, he proposes working with Congress to put in place an economy-wide price on carbon targeting polluters that will increase year after year, and to rebate the revenue back to the public. He’s also considering a border tax on imported goods not already subject to a carbon price. This way, Buttigieg said, “we will have prices in our economy that accurately reflect the cost of carbon pollution.”

Buttigieg is in the minority of candidates, along with businessman Andrew Yang, to support a carbon price idea. His plan all stands out for his strong support in funding and scaling up technology to directly capture greenhouse emissions out of the air, proposing to “deploy at least 1 gigaton of annual CO2 removal capacity by 2040.” He also proposes paying farmers to sequester carbon in their soil.

In many ways, though, Buttigieg’s plan is not as aggressive as others in the Democratic field. While he’s calling for three million new jobs, Vermont Sen. Bernie Sanders is proposing 20 million jobs. While he’s aiming for net-zero emissions for all heavy-duty vehicles, such as trucks, ships, and planes, by 2040, California Sen. Kamala Harris is shooting for 2030. And while he’s planning for net zero emissions by 2050 at the latest, similar to former Vice President Joe Biden, Massachusetts Sen. Elizabeth Warren is shooting for a 2030 target.

When asked about this, Buttigieg said: “I think the most important debate isn’t over a difference of a few years in one of the sub-sector targets because we’ve been setting targets longer than I’ve been alive. The question is how will we actually get it done.”