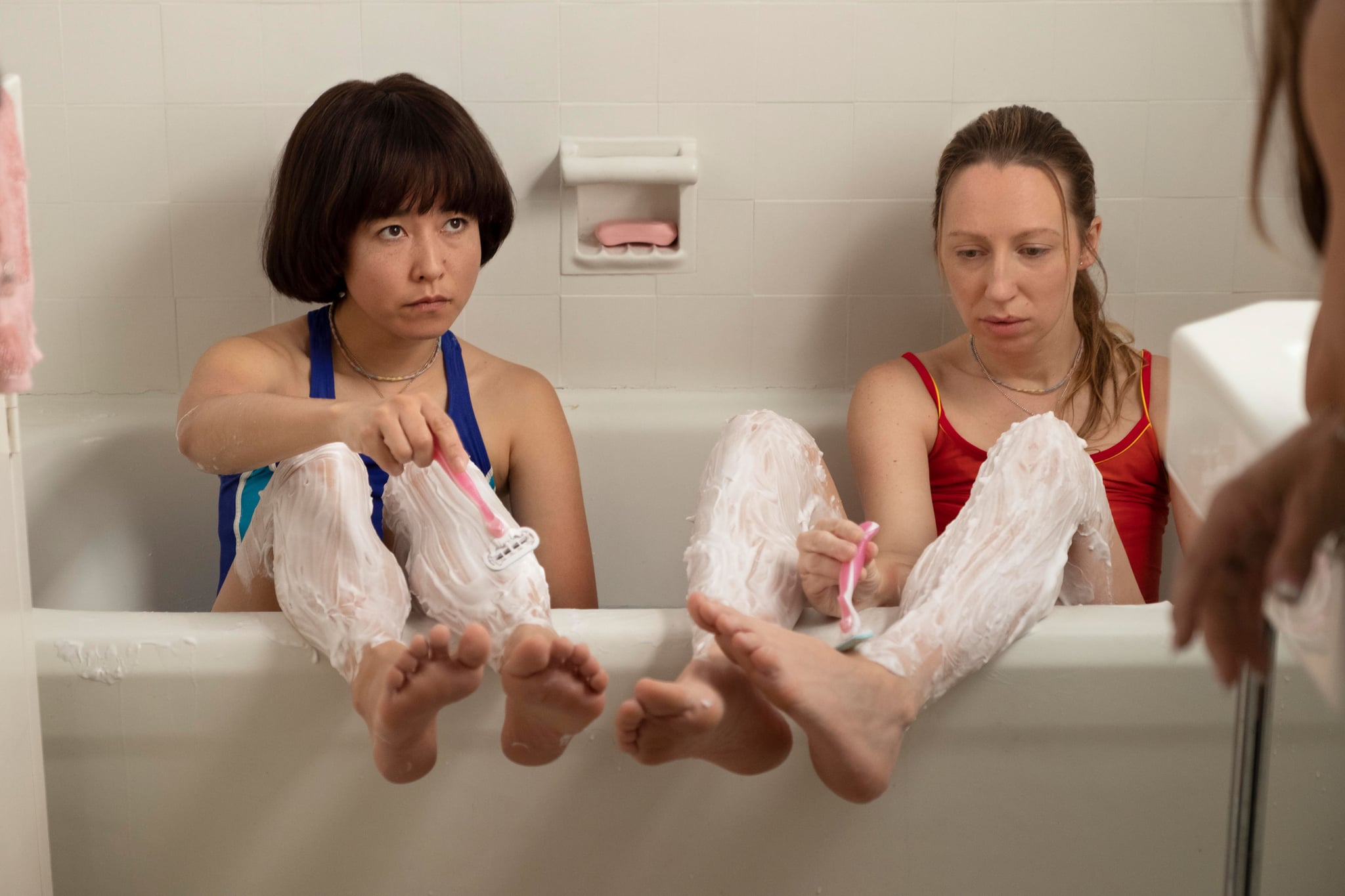 When my friend first recommended Hulu comedy PEN15, I expected early middle school nostalgia. What I didn’t expect was to sob at the show’s sixth episode. PEN15 stars Maya Erskine and Anna Konkle as full-grown adults playing middle schoolers. This lends a surrealist quality to the show, fitting them into a cast of actual children while ignoring the obvious age difference. Surprisingly, you find yourself forgetting that the two main characters are not actually middle schoolers, becoming invested in Maya and Anna’s crushes and horribly embarrassing middle school moments. Maya begins the school year by attempting to give herself Jennifer Aniston-esque layers, which her mom quickly changes into a bowl cut, setting the tone for the whole series.

The show is very 2000s, featuring old slang, passed notes, and even the infamous creation of AIM usernames. At the center of the show are two tweens who just want to become teenagers together, feeling invincible within their BFF status. Most episodes deal with first kisses, unrequited crushes, even the discovery of masturbation, all universally shared — albeit cringey — memories from middle school years. Like Freaks and Geeks did before it, PEN15 finds humor in embarrassment and pain, which is cathartic to watch after being safely separated from that time. It is perhaps the similarity to other teen comedies that made the surprising arc of the sixth episode, which deals with racism and microaggressions, hit so hard.

Maya’s cultural background is interwoven into the show similarly to Fresh Off the Boat, in ways that are familiar to people from a shared background and apparent to those who aren’t. Maya can sometimes be frustrated by her mom, especially when she’s bridging the gap between her home life and school life. It’s shown just as much as Anna’s home life, serving as characterization and background, but not made into a central issue of the show. In many ways PEN15 felt like a show made just for me — the main characters reminded me of my best friend and I, both in the closeness of our relationship and in our ethnic breakdown. If I was Maya, my friend was Anna, and together we braved the awkwardness of middle school as a singular unit. But that is the magic of this show (and any show that highlights a person of color in the main cast) — it feels like it’s made just for us because seeing any relatable representation is often radical.

I recognized the similarities between Maya and me but wasn’t truly moved until the sixth episode titled “Posh,” when Maya is faced with overt racism from her peers. During a school project where the girls are creating a school PSA dressed as the Spice Girls, Maya is forced to be Scary Spice rather than Posh Spice. The other middle school girls think this is an obvious choice — Maya should be forced to play the minority of the group. This was a common occurrence in my childhood experience. While the other girls had free reign over Disney princesses, I was always relegated to playing Mulan, who was a great character, but not the one I would have chosen to play. This is especially frustrating when your other white friends have their pick of characters who don’t remotely resemble them except a similar shade of skin. However, to protest this too much as a kid leads to even more feelings of exclusion, which is hard to unpack on a playground surrounded by kids who just want to play dress up.

Being a minority in predominately white spaces in the United States is a universal experience shared between people of color that often times goes unspoken, especially during adolescence. Part of what makes PEN15 so great is how it portrays Maya’s realization that despite what she thinks, she is not exactly like her best friend, Anna. As a child, when your whole world is internal, it’s shocking to find that the rest of your peers view your skin as the largest sum of your whole. Unable to cope with the hurt that Maya initially feels at being forced to play Scary Spice and then a servant to the band, she plays along with the joke because laughing at yourself at least feels like you’re in on the choice rather than being the butt of the joke.

I spent a lot of my childhood forgetting I wasn’t white. I don’t think this is uncommon for minorities growing up in the United States, especially when they go to a school with predominately white classmates and white feels like the default. Middle and high school are times when you desperately do not want anyone to notice your otherness because being different could mean being “weird.” At a time when you just want to be included, being alienated for who you are rather than choices you made is difficult to understand. Watching Maya react to being told she can’t be Posh ultimately reminded me of a time when any attention to my race would fill me with shame. The disconnect between how you think of yourself and how others think of you becomes more apparent.

In the episode, Anna grapples with feeling complicit in her best friend’s pain. She looks up signs of racism and tries to educate her peers, ultimately staging a demonstration that makes Maya feel worse because the last thing she wants in that moment is for everyone to be reminded of her differences, as if they don’t notice until it’s pointed out by another. Maya seeks comfort in other minority classmates who are able to call the acts out as racist when she is not able to herself. There is solace found in discovering the shared experience of microaggressions. The ability to recognize these behaviors when your white peers don’t is isolating at the time, but becomes communal later when you are able to recognize the incidents for what they were.

After finishing PEN15, I texted my best childhood friend asking what she thought of it, expecting her to gush over the relatability as well — after all, we were Maya and Anna, weren’t we? She responded that it was painful to watch, but she liked it on in the background while she did other things. No longer a teenager, I am not as surprised by the difference in our opinion of the show, but it is interesting to reflect on what instances are magnified in our memories. It’s another reminder of why being confronted by my race used to surprise me. During the stage of life when all I wanted was to figure out who I was, my best friend was not only a companion in that journey, but also a mirror of who I was in the moment. To realize that you and your reflection might not be the exact same is uncomfortable and a one-sided realization. However, I also now have friends who get the episode in a way that makes me feel seen, while my best friend can appreciate my love for the episode — which maybe means I’ve become content with my own reflection.