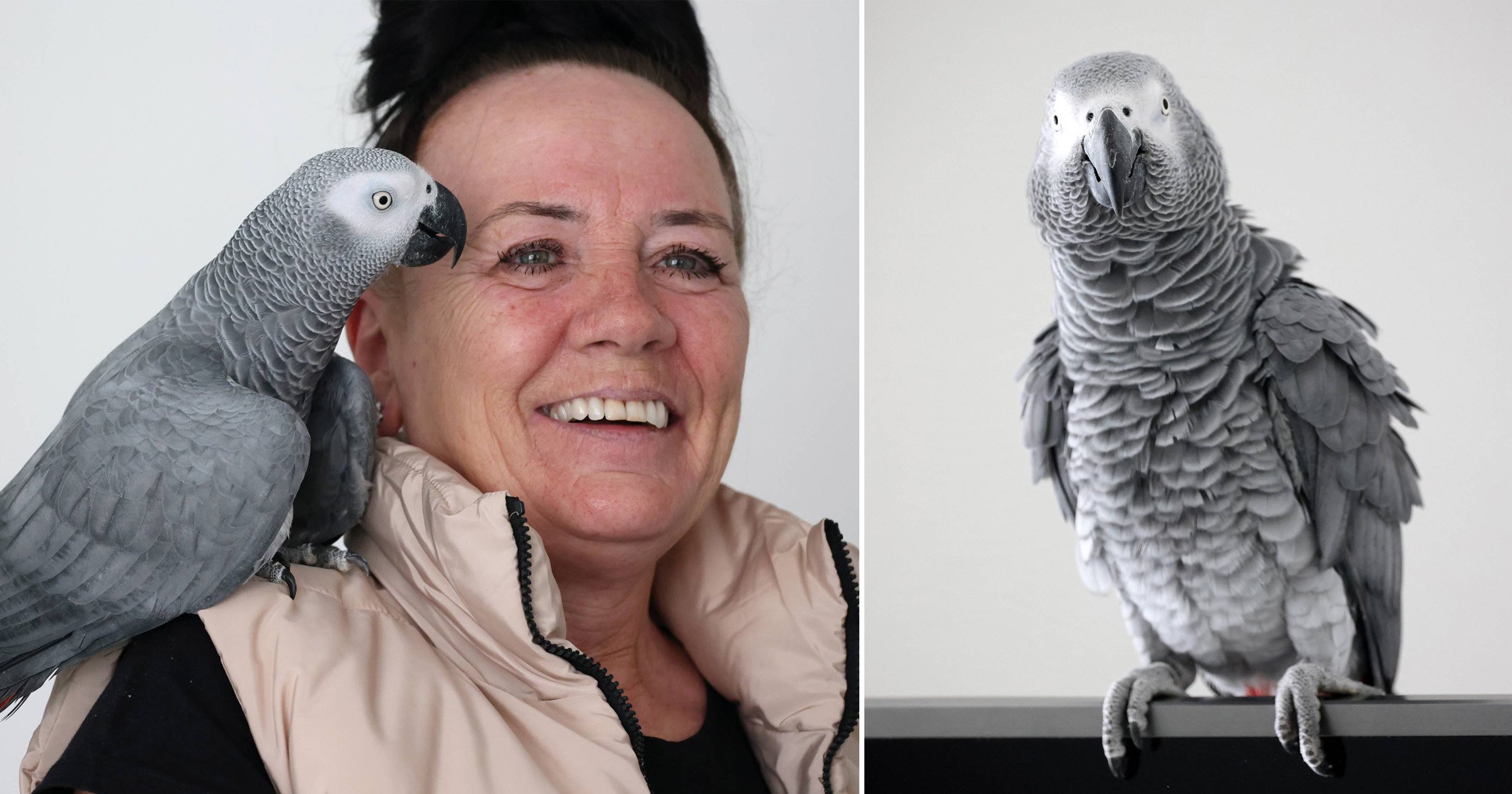 A northern parrot is winning a legion of fans who can’t get enough of his foul-mouthed tirades.

Scooby the lippy African Grey loves nothing better than telling his owner Lorraine Gregory to ‘f*** off’.

He even does it when she gets home from her gruelling shifts at the James Cook Hospital in Middlesbrough.

But Lorraine, 58, has decided to put Scooby’s antics to much greater use – cheering up all the frontline NHS workers during the pandemic.

‘He came to us six months ago after his previous owner died.

‘At first he would only say “hello” and cough as though he had a chest infection.

‘He spends a lot of time with my mum because I work long hours. And now I come home to Scooby swearing and chatting away to her.

‘For some reason he just knows how to respond to you. He’s obviously just picked it up.

‘He is foul-mouthed but he’s also really intelligent. He’s an amazing boy and we love him very much despite the fact he tells us to “f*** off” so often.’

Lorraine has filmed Scooby hilariously shouting: ‘Let me f***ing out!’

For emphasis, he adds ‘let us out’ in his Teesside twang. When Lorraine asks him if he is going to be a ‘good boy’ he abruptly replies ‘no’.

He even looks at the floor of his cage and complains: ‘Look at the f***ing mess!’

But Scooby does have sweeter things to say to his owner. He tells her ‘I love you’ and often says ‘give us a kiss’.

Lorraine added: ‘I have worked at the James Cook Hospital in Middlesbrough throughout the pandemic and it’s been tough.

‘Our ward was a Covid ward and I shared the videos of Scooby with my colleagues. It really cheered them up at the end of a bad day.

‘When I get home from a shift at 5am he never fails to make me smile.

‘Despite our arguments about him being let out of his cage he comes out frequently.

‘He’s so rude to us but really we wouldn’t have him any other way.’

For more stories like this, check our news page.