Orlando Bloom has never been shy in talking about his sex life with the media, but this time he might have gone a step too far. It’s one thing to do it when you are a single guy, but mentioning your sex life — or lack thereof — is tasteless, especially when your fiancée, Katy Perry, just gave birth to your child in the middle of a pandemic. 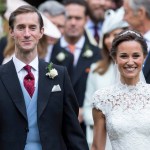 The couple’s baby girl, Daisy Dove, 7 months, is likely taking most of their attention right now because that’s what babies do. They need to eat, sleep and get their diapers changed frequently, so yeah, dad does get set aside a bit in that first year of a baby’s life. Yet Bloom is here telling The Guardian that his sex life has taken a toll. The publication straight out asked him how often he has sex and he responded, “Not enough – we just had a baby, though.”

OK, he does have an understanding as to why his sex life is waning a bit, but the comment sounds a rather flippant. Maybe a simple “we just had a baby” would have been enough? Every parent understands how rough the first year can be and then it gets easier to sneak a little adult time in as the child begins to sleep through the night.

This isn’t Bloom’s first time at the fatherhood rodeo either, he’s also a dad to son Flynn, 10, from his first marriage to model Miranda Kerr. He should know what to expect when it comes to intimacy after your partner births your child. Let’s hope this was a dad joke lost in translation and he’s being patient with Perry about their sex life. We wouldn’t want a new mom to feel like she has to be a superhero in bed while adjusting to one of life’s biggest milestones. Right, Orlando?

Before you go, click here to see celebrities who have opened up about their sex lives.