Opinion: The Dangers Of Tipping While Black 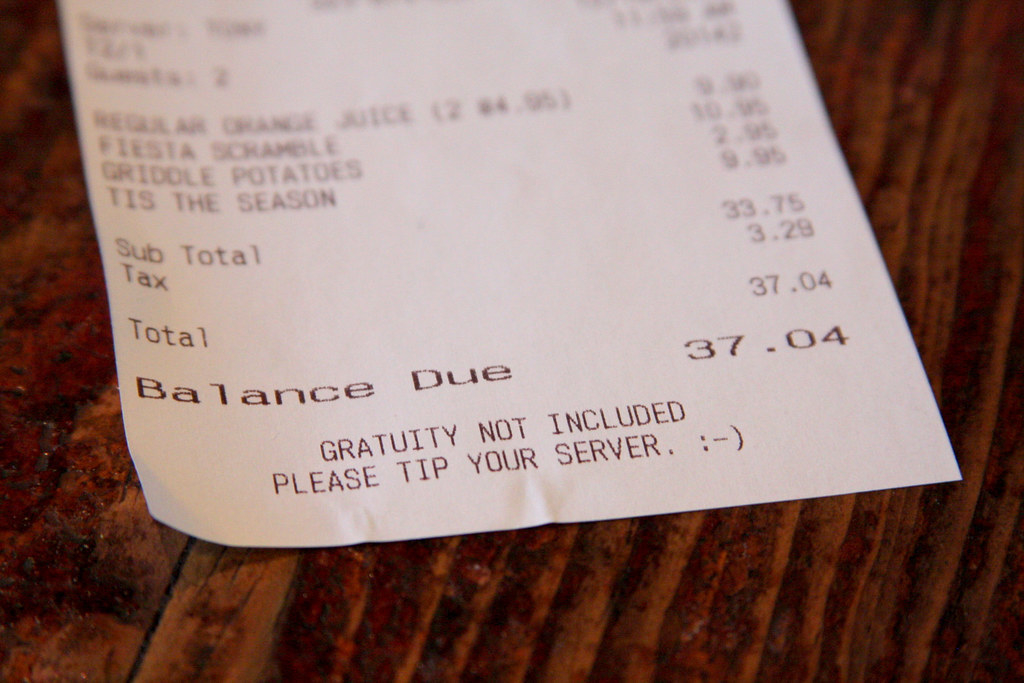 “I am not good at math,” I say, pulling out my iPhone and navigating to the calculator app. I actually excelled in every math class I have ever taken, but I don’t mean to lie. I mean that I have never felt good enough at it, especially when it comes to tipping.

I use my phone to calculate 20% of my friend’s overpriced meal at this nondescript Long Island diner. She pulls the amount from her purse in cash and leaves it on the table. We continue talking as the waitress grabs the crumpled bills off the table. We laugh at how we are the only Black people we have seen so far on our trip to the Fire Island Pines, doing that thing Black people do where we conjure humor out of our racial anxieties because of all the times we’ve been shouted down when we ask for them to be taken seriously.

“Was there something wrong with your meal?!” our waitress shrieks as she storms back to our table, interrupting our laughter and waving my friend’s tip indignantly in the air like it’s a protest sign at a rally.

“No…” my friend replies, warily.

“Then why so little?” the waitress spits, the reddening white faces surrounding us becoming a gang of strobe lights as they spin toward the commotion. I pull my phone back out to confirm the number, beating myself up about a mistake I did not make. The waitress just sucks her teeth, turns on her heel and huffs away before we can respond.

I figure out later that my friend’s colleague, who had eaten at the same table and asked for a separate check, hadn’t yet left his tip. The waitress probably assumed my friend was tipping for both of them, and that the 10% of their total left by her was so unacceptable that we deserved to be publicly yelled at about it.

That premature assumption and aggression didn’t happen in a vacuum. Black people are routinely subject to accusations of poor tipping and bad behavior in stores and restaurants, which leads to service laced with skepticism and violence, or service not given at all.

At the same time, many of us grew up in families that did not have enough money to dine out, and did not learn tipping etiquette until much later in life, if ever.

This anti-Black aggression, coupled with structural barriers around becoming versed in middle class service luxuries, complicates the idea that everyone who does not tip enough is no more than a horrible person who should be shamed and criminalized. It’s an idea so universally understood as righteous that I have internalized it, despite experiencing its damage first-hand. It’s an idea which not only empowered the threatening actions of that waitress, but has historically led to far worse consequences for Black people perceived as being poor customers.

But the problem has never been that black people are not good customers. The problem is the systems that uphold anti-black and anti-labor service standards in the first place.

It’s no surprise that studies show tipping encourages anti-blackness in service industries. Just like racism, the practice of forcing workers to rely on the whims of customers rather than paying them a living wage upfront is rooted in the exploitation of vulnerable people. In most states, servers, bartenders and other workers who receive tips don’t have to be paid minimum wage. Restaurants and shops are allowed to pay these workers — many of whom are black themselves — less because most of their income comes from tips. Usually, those tips are shared among the staff, meaning there is always collateral damage done against others in need if you withhold tips, no matter how justifiable the reason.

Tipping is rooted in companies treating those without means like animals, and black people are structurally denied means through job discrimination, racist housing policy, imprisonment and other ways of exploiting labor that evolved from slavery. And in a capitalist system rooted in the enslavement of Africans, to be anti-labor is always to be anti-black. 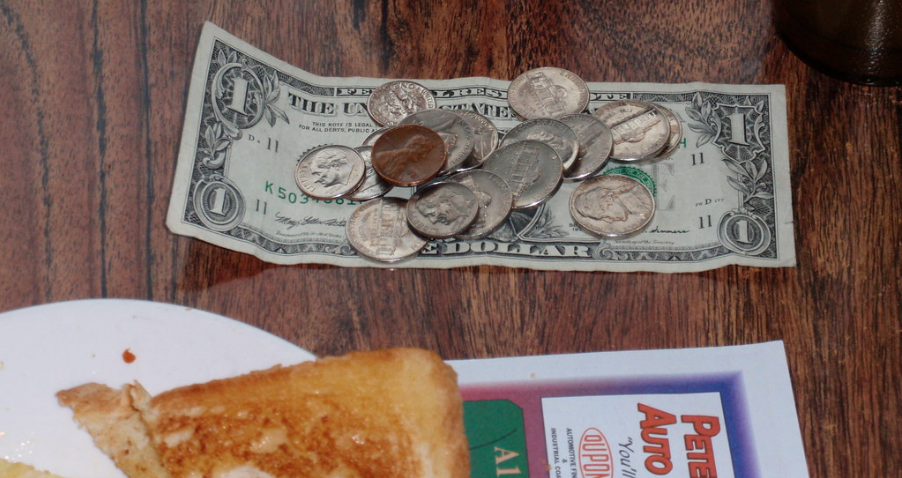 I was 13 when I remember first eating in a restaurant that didn’t serve fast-food. It was my mother’s birthday, and my eldest sister decided that we would take her to a new spot around the block from our home in Cleveland. My mother would have never chosen this for herself. Not only does she have strict meal preparation requirements because of her Hindu religion, but eating out was always regarded as an extravagant frivolity in a home where meals often consisted of no more than rice and sugar because we could afford nothing else.

I remember seeing my sister pay the restaurant bill, thinking how nice it was of her to throw in something extra for our waiter. I remember wondering how it might feel to have the money to be so generous — not knowing it was compelled, no matter how rich or poor one was, whether you received the service you’re paying paid for or not, because companies did not want to guarantee pay for their workers.

It wasn’t until I went off to college that I became accustomed to eating at restaurants. Initially, I’d suffer steely gazes and bewildering aggression as I left tips that were not up to par. Eventually, I learned that there was a standard — no less than 15% of the meal. By this point I had internalized feeling so ashamed about what I hadn’t or couldn’t give that I pledged to tip no less than 20% every time. But even this still somehow never felt good enough. Even this still led to me being yelled at by a white waitress for her mistake, yelling at myself in my head even louder in an attempt to make her mistake mine.

Shame bleeds a person dry, and leaves a residue that is hard to wash away. Though I can say today that there is nothing wrong with being poor — and truly believe it — I still find myself overcompensating for not having money all of the time, because of degrading experiences in service. For tips, I often give 20% of everything including the tax. When I studied abroad in Europe, I tipped when I didn’t have to, until I was told off for doing so, all while I was pinching pennies just to survive the whole time I was there.

Sometimes, if I am eating with someone and I see they don’t tip “enough,” I secretly throw in extra to cover it, even when I can’t afford to. I have tipped after anti-Black service and what could hardly be described as service at all, but none of this giving too much of myself stops the aggression I experienced in Long Island. That’s a type of aggression that led to this insatiable shame in the first place. In fact, my overcompensating has only turned into attacking myself and others for not giving enough, feeding the cyclical violence of it all.

I will never be good enough at tipping, because I was never the problem. Black people who don’t tip “enough” have never been the problem. Standing up for service workers should never be reduced to shaming and criminalizing the Black people whom they serve, because these plights are intertwined. We need to locate the violence of underpaid workers where it belongs, in the systems and companies who uphold anti-labor practices like tipping, rather than the Black people who will never be able to adequately navigate them because they were designed to exploit us. Trying to find one’s place in these systems by shaming black people is inherently a bloodsucking endeavor.

After the waitress walked away, my friend took out a few more crumpled dollars from her purse.

“No?” I offered hesitantly, even though I knew the answer is right.

Hari Ziyad is a screenwriter, the author of “Black Boy Out of Time”, set to be published by Little A Books in 2020). They are the editor-in-chief of RaceBaitr, and the managing editor of Black Youth Project.