Morning Update: Trump Says His Racist Tweets Are Not Racist

Speaking to reporters, the president defended his racist tweets attacking progressive Congresswomen, claiming the tweets were not racist.

It was his first time speaking out since his tweets aimed at representatives Alexandria Ocasio-Cortez, Ilhan Omar, Rashida Tlaib, and Ayanna Pressley this weekend. “Why don’t they go back and help fix the totally broken and crime infested places from which they came,” President Trump had tweeted.

But yesterday, Trump seemed unconcerned with the backlash against his words because “many people” hold the same views.

Meanwhile Ocasio-Cortez, Omar, Tlaib and Pressley — who have picked up the nickname “The Squad — held a press conference where they railed against the president for promoting an “agenda of white nationalism,” and called for renewed focus on immigration issues.

Additional reading: Americans are sharing what it’s like to be told to go back to your country. 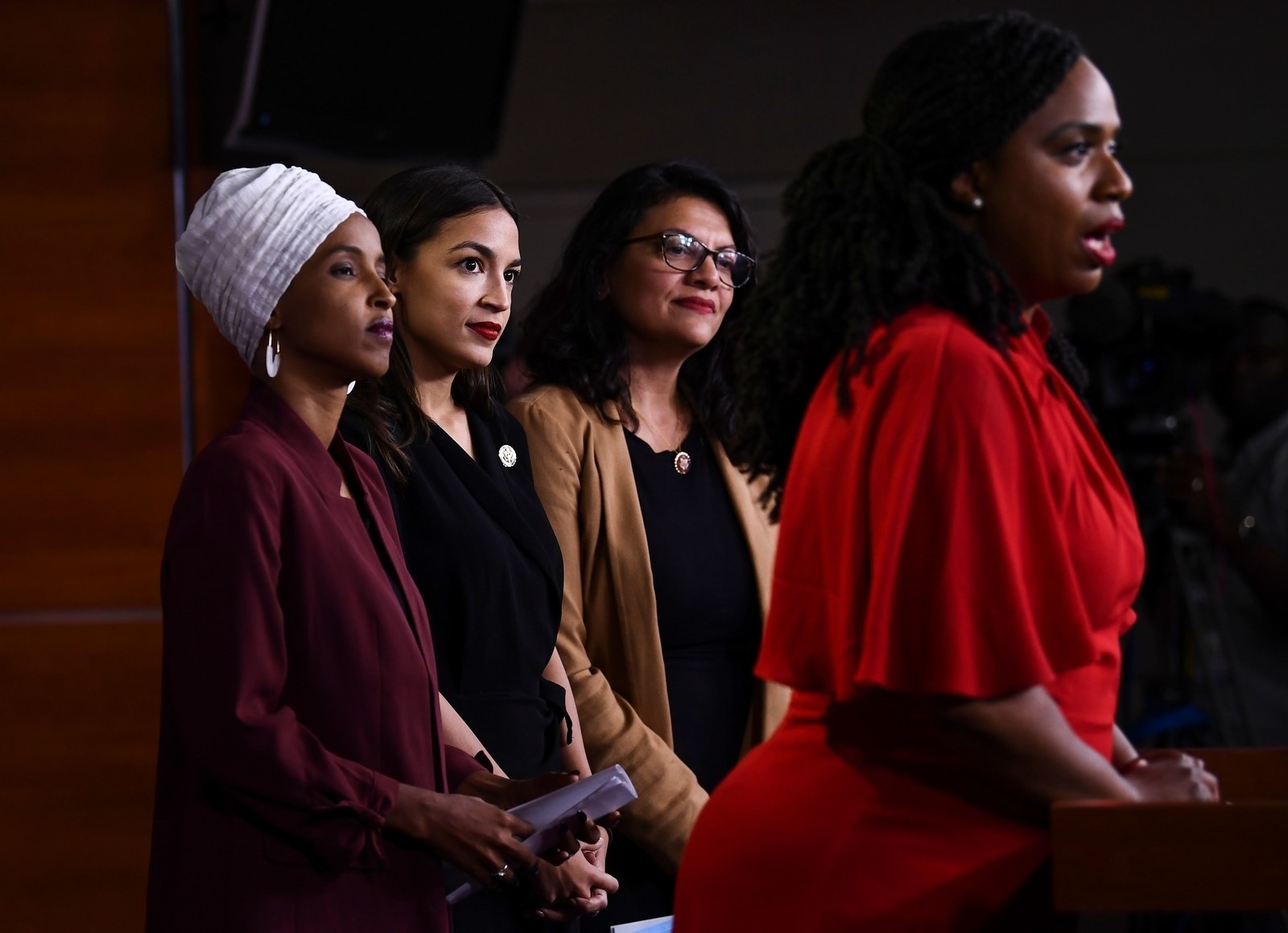 In an unprecedented move, the Trump administration announced it is ending asylum protections for Central Americans and others who travel through Mexico to reach the southern border.

The new move bars asylum for any individual who crosses through a third country but does not apply for protection there before reaching the US. It is expected that the move will be challenged in court.

“It’s fucked up,” one Department of Homeland Security official said about the policy. “There’s a reason people apply for asylum in the US — we have a robust asylum system. Other countries on the route to the southern border don’t.”

Elizabeth Warren’s campaign turned to a big donor to pay for the DNC voter database, despite her fundraising pledge. Relying on a multi-million dollar donation to cover the cost of the expensive database risks putting her campaign at odds with the spirit, if not the letter, of the pledge she made to abstain from “big money” fundraising.

Two women who said they were abused by billionaire Jeffrey Epstein begged a judge not to release him from jail. Annie Farmer and Courtney Wild told the court they feared what would happen if Epstein was freed.

The man killed in an attack on an ICE jail said he was fighting “against the forces of evil.” The self-declared anarchist, who was killed by police, said he could no longer stand by as the government rounded up immigrants and placed them in “concentration camps.”

It’s not Tom Hardy or Richard Madden or Idris Elba – the new 007 agent is reportedly black British actor Lashana Lynch. The still untitled next Bond movie will apparently see James Bond come out of retirement for one last mission, while Lynch will take over the former spy’s legendary codename.

Silicon Valley’s right wing is angry and punching back

The culture war and the atmosphere of intense partisanship is consuming all spheres, and Silicon Valley is no exception.

Over the past two years, conservatives inside Google have grown frustrated with colleagues who bashed a military partnership, revolted against an advisory council with a conservative participant, and broadly pursued a left-leaning agenda supporting diversity and inclusion. They say internally, their views are often sidelined in favour of a left-leaning activist agenda.

Now those conservatives are pushing back. And since Google attempts to keep itself transparent internally, a politically active employee willing to comb through the internal discussions and documents, and leak some of it, could wreak havoc.

Read Alex Kantrowitz’s report on the Google employees leaking internal communications in order to generate pressure on the company from Republican lawmakers.

I love a good photobomb, and this one delighted me — a woman photobombed a wedding shoot in Omaha, Nebraska by sliding through on an electric scooter.

A few weeks later, as photographer Molly Giangreco began editing the wedding photos, she decided she wanted to find the woman with the excellent moves. She posted on Facebook, asking for help in tracking “Scooter Girl” down, and got her answer in less than a day. 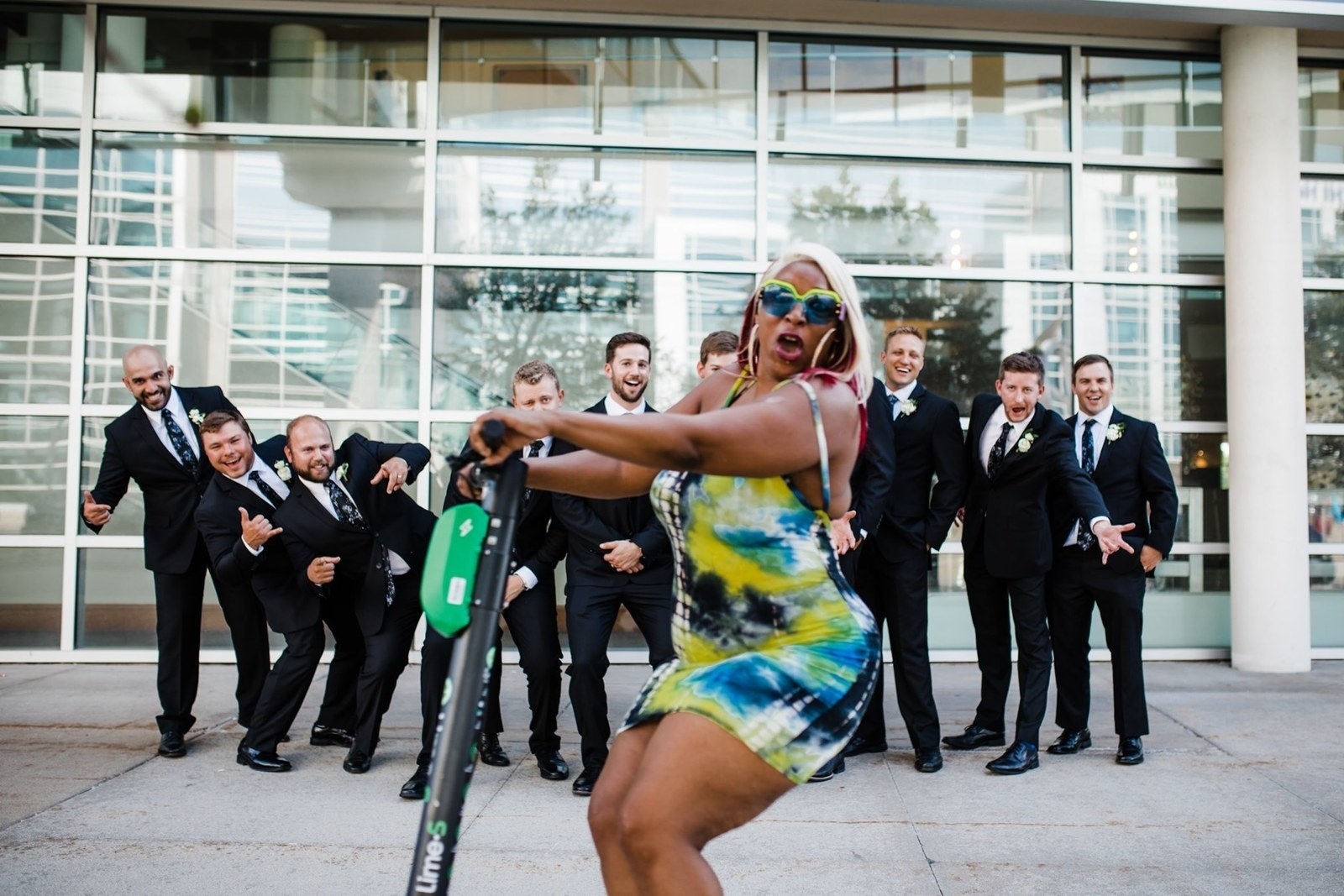